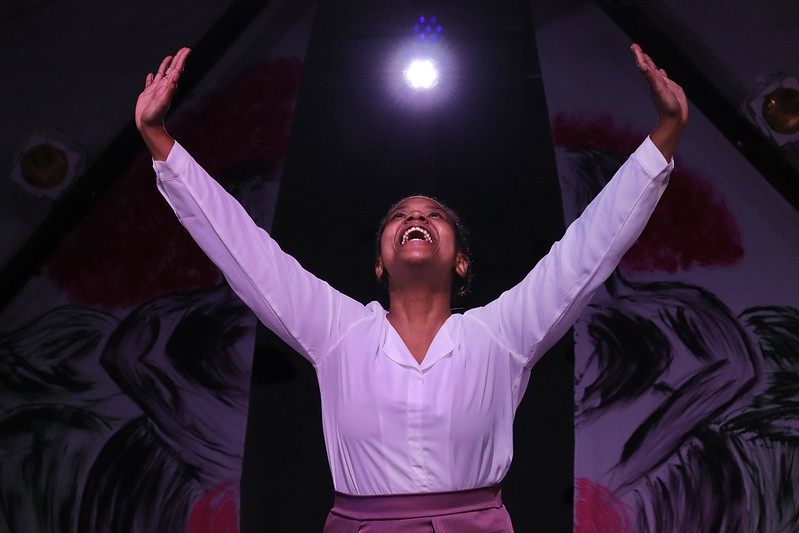 LENOX, Mass. – This July and August, Shakespeare & Company is offering patrons an opportunity to peer into the process of playmaking through the Plays in Process series, a new addition to the Company’s repertoire featuring both new works and classic works reimagined, as they develop into maturity for the stage.

Five weekends of performances will be presented from July 9 through August 7, including solo shows, readings, radio play adaptations, nods to Shakespeare’s text, and much more. Artistic Director Allyn Burrows said the series has been designed to spotlight new works in-workshop, but also to celebrate Shakespeare & Company’s long-held mission to champion and nurture theater’s creative process.

“This new series is particularly exciting to present for its focus on what goes into creating a piece of theater from scratch,” he said. “Insight and conversation will come out of seeing these narratives in a fluid form, with an emphasis on the process.”

July 9 and 10 – This Soil, These Seeds… – written by and featuring Bonita Jackson, with music composed and played by Kristin Vining. This Soil, These Seeds… is a one-woman play infused with music, movement, and poetry. When a drama therapist sets out to help three strangers with their mother-daughter issues, she unearths multigenerational trauma that sends them all into an unexpected family intervention. Inspired by the lives of four Black women, the play reminds us that with time (and a really good gardener) healing is possible.

July 16 and 17 – Tilly No-Body: Catastrophes of Love, written and performed by Bella Merlin and directed by Miles Anderson. Who are the private people behind the public facades of celebrity? Tilly No-Body asks this question through the lens of Tilly Wedekind – wife and muse to world-famous German playwright, Frank Wedekind (Spring Awakening), set in a dreamlike circus ring with original cabaret songs interwoven with extracts from the Wedekinds’ letters, plays and memoirs.

July 23 and 24 – This Is It, written by Tamara Hickey and Kate Kohler Amory, featuring Tamara Hickey and directed by Kate Kohler Amory, begins when a woman’s life is interrupted by a catastrophic car crash. Landing in the “Bardo,”the space between life and death, she is catapulted into an existential, heartfelt, and often funny quest for meaning and connection as she embarks on a journey and exploration of the life she has lived.

July 30 and 31; August 6 and 7 – All That Fall by Samuel Beckett, featuring Annette Miller. Samuel Beckett’s first radio play charts the faltering journey of elderly Maddy Rooney, as she ventures along a country road to surprise her blind husband at the train station for his birthday treat.

Plays in Process is generously sponsored by Jerry and Honie Berko. For more information, visit shakespeare.org, or call the Box Office at (413) 637-3353.

Founded in 1978, Shakespeare & Company is one of the leading Shakespeare performance, education, and training outfits in the world, located in the Berkshires of Massachusetts. The organization welcomes more than 40,000 patrons annually, and is home to an internationally renowned Center for Actor Training and an award-winning Education Program.