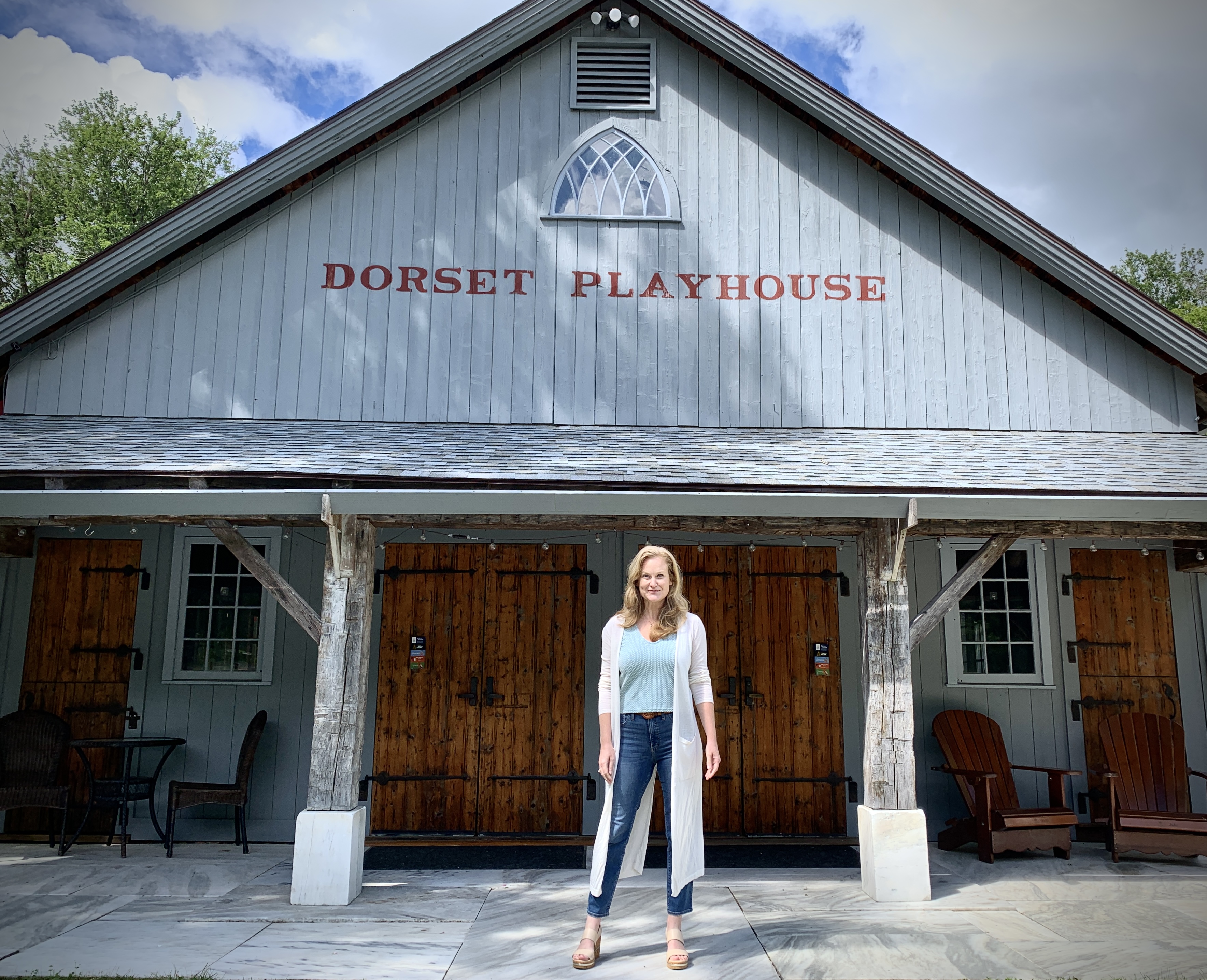 “Heidi is one of our most talented writers, and this piece will give our audiences a chance to see what a gifted actress she is. The play is truly hilarious and at the same time, a deeply touching story that illuminates the lives of one family of farmers in Wisconsin, a place very much like Vermont in so many ways,” said Dina Janis, director, and Dorset’s artistic director.

Heidi Armbruster is a New York City-based theatre artist. Her other plays, including Dairyland, Murder Girl, The Murder of Roger Ackroyd, Where the I Divides, and Purgatory, have been produced and developed at prestigious theatres across the country. As an actress, Heidi has extensive New York and regional theatre credits, including Time Stands Still on Broadway and Lincoln Center’s production of the Pulitzer Prize-winning play Disgraced.  Heidi was awarded a Drama League Nomination for her work in the Keen Company’s revival of Tea and Sympathy and has many TV and film credits including Manifest, Younger, Pose, Dead Ringers, and the upcoming Partner Track.

Armbruster is known to Dorset audiences for writing the Festival’s 2019 hit World Premiere, Mrs. Christie. She returns to Dorset to perform the mostly-autobiographical Scarecrow, which she began developing during the pandemic in the Festival’s Women Artists Writing Group.

“I feel so lucky to be able to share this work with audiences in Vermont, and hope that people will connect to this woman’s quest to write herself a happy ending,” Armbruster said. “By harnessing the power of grief, the character in this play recommits to life, and ultimately discovers that her legacy – what she has inherited from her father – is a shared zest for living.”

During the 2021 season, facing Covid-19 restrictions, the Festival turned its annual Pipeline Series of one-night-only readings into an artist residency. Armbruster spent three weeks in Vermont developing the new one-woman play, which she presented as a staged reading in a limited series of matinee performances.

“There is nothing more exciting or more central to our mission than supporting and lifting up important new voices,” said Artistic Director Dina Janis. “Our audiences have played such an important role in every step of this process: from online Zoom readings with Heidi two years ago, to our Pipeline readings in a meadow last summer, to joining us now as we celebrate this new work on our Main Stage,” Janis said.

SCARECROW, which runs about 80 minutes, begins performances on Thursday, July 14 and runs through Saturday, July 23. More information is available on Dorset’s website www.dorsettheatrefestival.org. Tickets and Subscriptions for the 2022 season are on sale now.  Based on current conditions and health and safety guidelines, all attendees will be expected to be masked during performances at the Playhouse; however, this is subject to change.

Dorset Theatre Festival’s box office may be reached by calling (802) 867-2223 ext. 101, Wednesday through Saturday, 12 – 6 pm, and Sunday, 12- 4 PM. For more information, or to purchase subscriptions and tickets online, visit www.dorsettheatrefestival.org.

Heidi Armbruster,  is a New York City-based theatre artist dedicated to creating new work and discovering new approaches to classical literature and theatre. Heidi is a founding member and co-curator of Dorset Theatre Festival’s Women Artists Writing, a group dedicated to cultivating the emergence of diverse theatrical voices. Heidi’s play MRS. CHRISTIE received its world premiere at Dorset Theatre Festival in the summer of 2019. Her other plays, including DAIRYLAND, MURDER GIRL, Every Good Girl Deserves Fun (and other misremembered things), Where the I Divides, and Purgatory, have been produced and developed at prestigious theatres across the country including SPACE on Ryder Farm, Primary Stages, Kansas City Rep, Red Bull Theater’s Short Play Festival, and many others.  As an actress, Heidi has extensive New York and regional theatre credits, including TIME STANDS STILL on Broadway and Lincoln Center’s production of the Pulitzer Prize-winning play DISGRACED.  Heidi was awarded a Drama League Nomination for her work in the Keen Company’s revival of Tea and Sympathy and has many TV and film credits including The Blacklist, Blue Bloods, 30 Rock, SVU, House of Cards and her role as Michelle on Darren Star’s TV Land hit Younger.

The director of Scarecrow, Dina Janis, has served as the artistic director of the Dorset Theatre Festival for the past twelve years, where she recently was co-creator and director of Gorgeous Nothings, with Mary Bacon and Purva Bedi.  Dina oversees Dorset’s New Play Development Programs including the Festival’s Women Artists Writing Group, Pipeline Series of New Plays, Stage Free Audio Play Series, and the new Commissioning and Fellowship Program. Dina’s main stage productions at Dorset include the acclaimed production of Lady Day at Emerson’s Bar and Grill by Lanie Robertson, The Whipping Man by Mathew Lopez and Out of the City by Leslie Ayvazian. As part of the Pipeline Series Dina has directed A Stage of Twilight by Sarah T. Schwab starring Karen Allen and A Life in the Theatre by David Mamet starring Treat Williams. She has served on the Drama Faculty of Bennington College for the past 21 years.

Since 2010, Dorset Theatre Festival has become a national incubator for new play development, known for highlighting new plays amidst regional premieres, and invigorating interpretations of classic works, as well as a commitment to acclaimed new play development programs nurturing new voices and new audiences for the American Theatre.