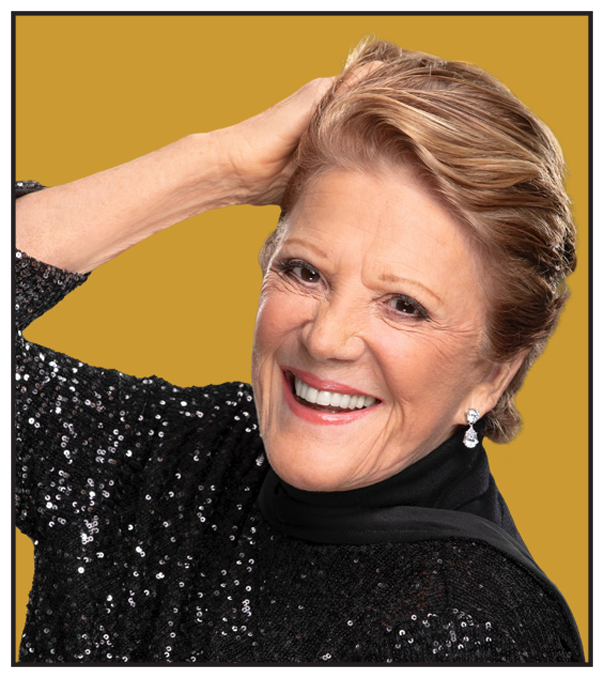 MANCHESTER, VERMONT.: TONY AWARD® and two-time GOLDEN GLOBE AWARD®-Winner, LINDA LAVIN, will perform at the Southern Vermont Arts Center’s (SVAC) Arkell Pavilion on Thursday, August 18th at 8PM as part of the BROADWAY IN VERMONT Concert Series presented by Berkshire Bank and hosted by TONY AWARD® Winner CHRISTIAN HOFF. She will be replacing Lucie Arnaz, who, due to an unforeseen circumstance, needs to cancel her concert, but hopes to play Southern Vermont Arts Center next summer.

But – in true Broadway tradition, the “show must go on!”

Linda Lavin, Love Notes is an album release party with the great Billy Stritch at the piano and on vocals. A romantic and swinging collection of the Great American Song Book with some Brazilian and Steely Dan thrown in for dazzle!

Broadway, TV, and film star Linda Lavin has received numerous awards: a Tony®, a Drama Desk, an Outer Critics, a Helen Hayes, and in 2011, she was inducted into the Theater Hall of Fame. She is also a 6-time Tony® nominee. Linda is widely known for playing the title character in the TV sitcom Alice for 9 years, for which she is a two-time Golden Globe Award® winner. Most recently, Linda starred in the CBS TV series B Positive for two seasons, and in 9JKL opposite Mark Feurstein and Elliot Gould. She also co-starred on NBC with Sean Hayes in the TV series Sean Saves the World. She has starred in Mom, The Good Wife, Madam Secretary and in episodes of the Netflix series, The Santa Clarita Diet.

On Broadway, she has starred in Our Mother’s Brief Affair, The Lyons, Collected Stories, The Tale of the Allergist’s Wife, The Diary of Anne Frank, Gypsy, The Sisters Rosensweig and Broadway Bound, to name a few. Linda appeared with Robert De Niro in Nancy Meyer’s The Intern and recent feature films include A Short History of Decay, Manhattan Nocturne with Adrien Brody, How to Be a Latin Lover opposite Rob Lowe and Eugenio Derbez and Warner Brothers feature, Nancy Drew and the Hidden Staircase, and Aaron Sorkin’s latest film Being the Ricardos.

In addition to Linda Lavin on August 18th, the remaining celebrity line-up includes:

“We are thrilled to bring Broadway’s best, live-in-concert to Southern Vermont with the help of our own resident TONY AWARD® Winner Christian Hoff and Old Mill Road Media, and we’re beyond grateful to our presenting sponsor, Berkshire Bank,” says Anne Corso, Executive Director, SVAC.

“Berkshire Bank is committed to giving back to the communities we do business in. We are proud to support Southern Vermont’s long-standing art and music traditions by sponsoring the

All concerts will be held in the Arkell Pavilion at the Southern Vermont Arts Center, SVAC Drive / West Road Manchester, VT 05254. To purchase tickets, contact Jeremy Chestler at (802) 367-1310 or jchestler@svac.org or purchase tickets online at: svac.org

Donna McKechnie, who received a TONY AWARD®  for her performance in the original company of A Chorus Line, is regarded internationally as one of Broadway’s foremost singing and dancing leading ladies. Donna has starred in and choreographed productions in London’s West End, along with theatrical productions in Tokyo and Paris. Some of Ms. McKechnie’s

Broadway credits include How to Succeed in Business Without Really Trying; The Education of Hyman Kaplan; Sondheim, A Musical Tribute (which she also choreographed); Promises, Promises; Company; On the Town; State Fair (Fred Astaire Award); and The Visit.

She has starred in and/or choreographed numerous regional plays and musicals, including Follies, Mack and Mabel, Gypsy, The Glass Menagerie, Sweet Charity, Six Dance Lessons in Six Weeks, Guys and Dolls, and can be seen in concert and with Symphony Orchestras as well as TV Specials and dramatic series including Fame, Cheers, and Dark Shadows. She was featured in the film Every Little Step and played the Rose in the film The Little Prince. Donna will be performing her new, one woman show, Take Me To The World – The Songs of Stephen Sondheim, which celebrates the greatest Broadway composer and lyricist of our time: Stephen Sondheim. In the show, she performs songs from A Funny Thing Happened on the Way to the Forum, Company, Follies, A Little Night Music, Anyone Can Whistle, and Sunday in the Park with George and shares stories of her time working with Sondheim and the great influence he had in her life, both professionally and personally. Ms. McKechnie’s memoir, Time Steps: My Musical Comedy Life, was published by Simon and Schuster. Donna was inducted into the American Theatre Hall of Fame in 2019. donnamckechnie.com