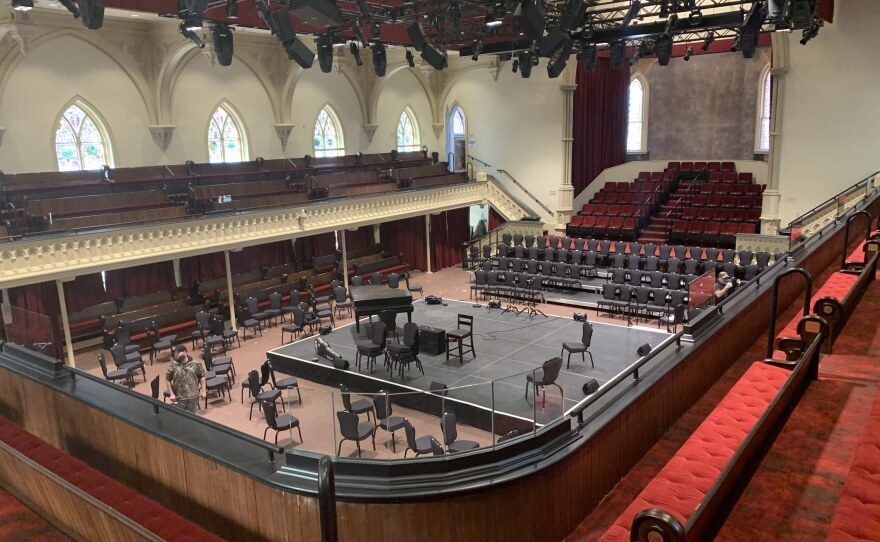 Ryan recently released his first stand-up special. The one-hour Netflix original Happy Face follows a wealth of television appearances and a non-stop headlining tour. Armed with the unique perspective of growing up in rural Idaho to becoming a favorite in the New York stand-up comedy scene, he’s one-of-a-kind. He’s been named one of Rolling Stone’s Five Comics to Watch, and recent appearances include The Tonight Show with Jimmy Fallon, Late Show with Stephen Colbert, Conan, and opening spots for Jerry Seinfeld as well as Gad Elmaleh at Carnegie Hall. Ryan is endearing stand-up lovers, and his future is bright.

Maria Bamford is revered for her deeply personal and experimental comedy about mental illness. She starred in the surreal, semi-autobiographical Netflix comedy series Lady Dynamite, about a comedian who suffers a nervous breakdown, and is the star of three unconventional hour-long stand-up specials: Weakness is the Brand, Old Baby and Maria Bamford, the special, special, special! Maria was the first female comic to have two half-hour Comedy Central Presents specials and starred alongside Patton Oswalt, Zach Galifianakis and Brian Posehn in the Comedy Central series The Comedians of Comedy and Netflix’s Comedians of Comedy: The Movie. She is often recognized for her prolific voiceover work, including characters on Big Mouth, BoJack Horseman, HouseBroken, Teenage Euthanasia and Adventure Time.

The Grammy-nominated, Tennessee-born, and Brooklyn-based singer-songwriter Valerie June has been recording and performing since she was 19 years old, climbing from Memphis coffee houses to national TV performances and getting name-checked by Bob Dylan. Her latest album The Moon and Stars: Prescriptions for Dreamers weaves a tapestry of folk, soul, gospel, country, blues, psychedelia, and symphonic pop, performed by an accomplished lineup of musicians with a dizzying palette of instruments (flute and banjo, mbira and Mellotron, saxophone and synth) absorbed in free-flowing experimentation. The album (co-produced with Jack Splash) is acclaimed by fans and critics alike and received a 2022 Grammy nomination for Best American Roots Song and 2021 Americana Honors and Awards nominations for both Album and Song of the Year. June’s first book, Maps for the Modern World, is a collection of poems and original illustrations, available now through Andrews McMeel Universal Publishing.