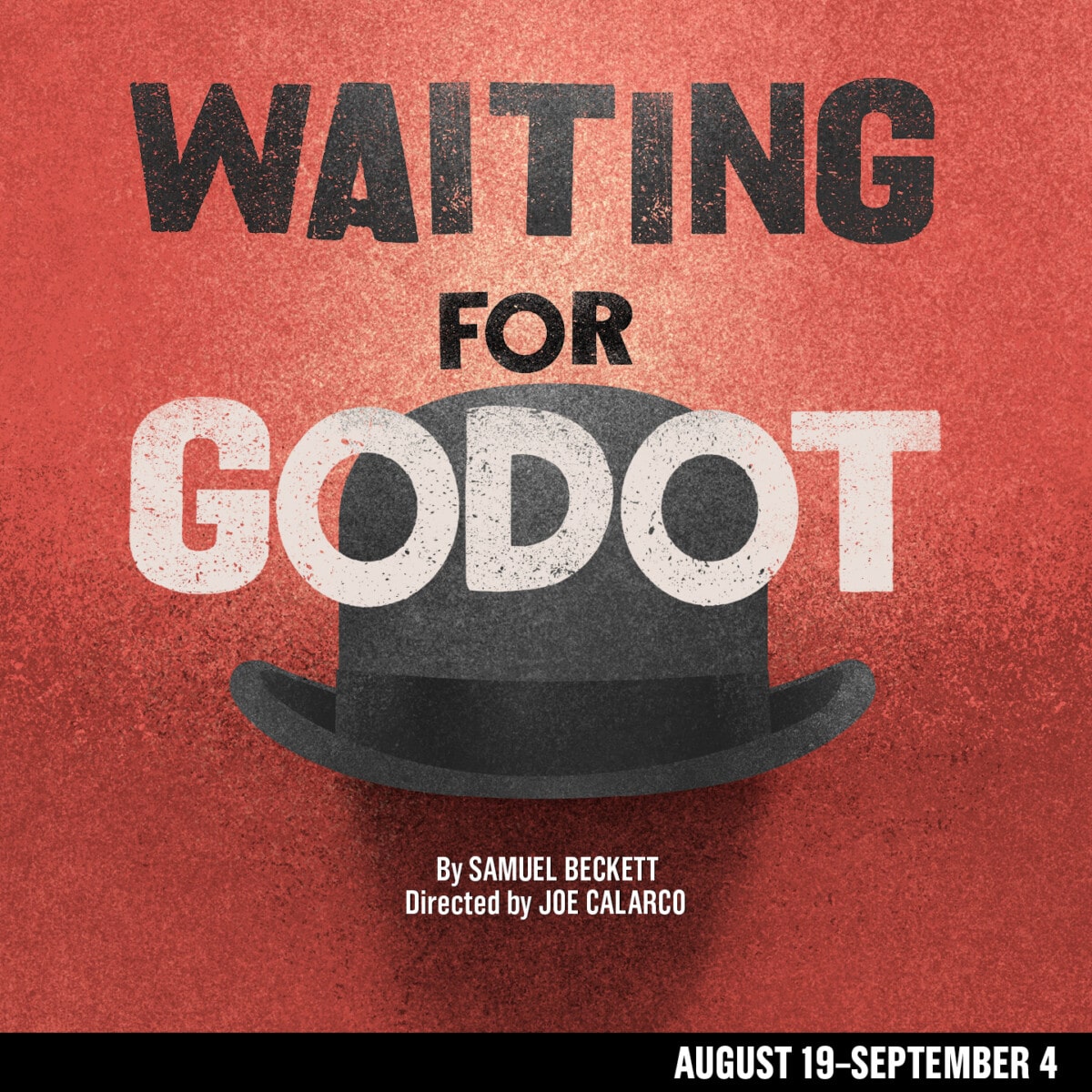 (Pittsfield, MA – July 26, 2022) – Barrington Stage Company (BSC) is pleased to announce casting for its new production of Samuel Beckett’s Waiting for Godot. The production of one of the great absurdist plays of the 20th century will be directed by BSC Associate Artist Joe Calarco (BSC: Sister Sorry; A Doll’s House, Part 2; Breaking the Code) and will play from August 19-September 4, 2022 on the St. Germain Stage at the Sydelle and Lee Blatt Performing Arts Center (36 Linden Street).

Vladimir (Dold) and Estragon (Isola) wait on a deserted country road to meet a person named Godot. Killing time with hat tricks and half-remembered stories, they dawdle through one of the greatest dramas of the 20th century. In Beckett’s absurd, anarchic world, life is vaudeville and tragedy, philosophy and confusion, all seamlessly woven together with the playwright’s masterful blend of poetry and humor.

Mark H. Dold (Vladimir) is an Associate Artist who began with BSC in 2004. Highlights include Freud’s Last Session, Breaking the Code, Shining City, The Glass Menagerie and Harry Clarke. Mark has worked at regional theatres from coast to coast and has appeared on and off Broadway. Most recently he was in the original Broadway company of The Inheritance. He has guest-starred on network television, web series and the recently completed movie Louie, written and directed by the Berkshires’ own Robert Biggs. Mark is the recipient of Connecticut Critics Circle and San Diego Critics’ Awards. In 2018, he was named BroadwayWorld Berkshires—Best Actor for The Glass Menagerie. He is a graduate of Boston University and The Yale School of Drama. He is a member of The Actors Center and a patient-to-patient volunteer at MSKCC. MarkHDold.com

Christopher Innvar (Pozzo) is an Associate Artist who began with BSC in 2003. Thrilled to collaborate with Joe Calarco again. BSC acting: The Game, Cyrano De Bergerac, The Importance of Being Earnest, Ring Round the Moon, Private Lives, Carousel, A Streetcar Named Desire, Absurd Person Singular, The Crucible, Much Ado About Nothing, His Girl Friday, A Doll’s House, Part 2. BSC directing: The Whipping Man, Camping with Henry And Tom, The Collyer Brothers/Period Piece, Shining City, The Other Place,10X10 Festival. I’m honored to be a part of Julie Boyd’s last season as Artistic Director. I am forever grateful for the artistic home and community you’ve invited me in to. Bon voyage Julie and come back soon!

This production of Waiting for Godot is sponsored by Debra Jo Rupp, sponsored in part by Laurie and Martin V. Schwartz, with additional sponsorship by “Mike” and David Faust.

Next up on the Boyd-Quinson Stage is the eagerly anticipated production of Stephen Sondheim and Hugh Wheeler’s 1973 Tony Award-winning Best Musical, A Little Night Music (August 6-28, 2022), which will be choreographed by Robert La Fosse, musically directed by Darren R. Cohen and directed by BSC Founder and Artistic Director Julianne Boyd, followed by theworld premiere of the Burman New Play Award-winner All of Me (September 21-October 9), a new play by Laura Winters, directed by Ashley Brooke Monroe (Assistant Director for Broadway’s Indecent; resident director for Hamilton’s first national tour).

At the Sydelle and Lee Blatt Performing Arts Center, the St. Germain Stage season features The Youth Theatre’s world premiere staging of The Supadupa Kid (July 29-August 12), based on local Pittsfield author Ty Allan Jackson’s popular children’s book series, devised by NJ Agwuna and the company of The Supadupa Kid, in collaboration with Amara Brady and Tommy Scrivens, and directed by Agwuna.

Pricing for the 2022 summer season is $25–85 for the Boyd-Quinson Stage and $25–59 for the St. Germain Stage. Preview performance tickets for musicals are $45 and all other previews are $35. Patrons can reserve their seats today by purchasing season passes. Passes are for 3+ shows in BSC’s 2022 season —

pick any show, any theatre, any time, matinee or evening, and save up to

29% off of single ticket pricing. Please call the Box Office for more

information. Single tickets are now on sale and can be purchased by calling 413-236-8888 or visiting www.BarringtonStageCo.org/Tickets.