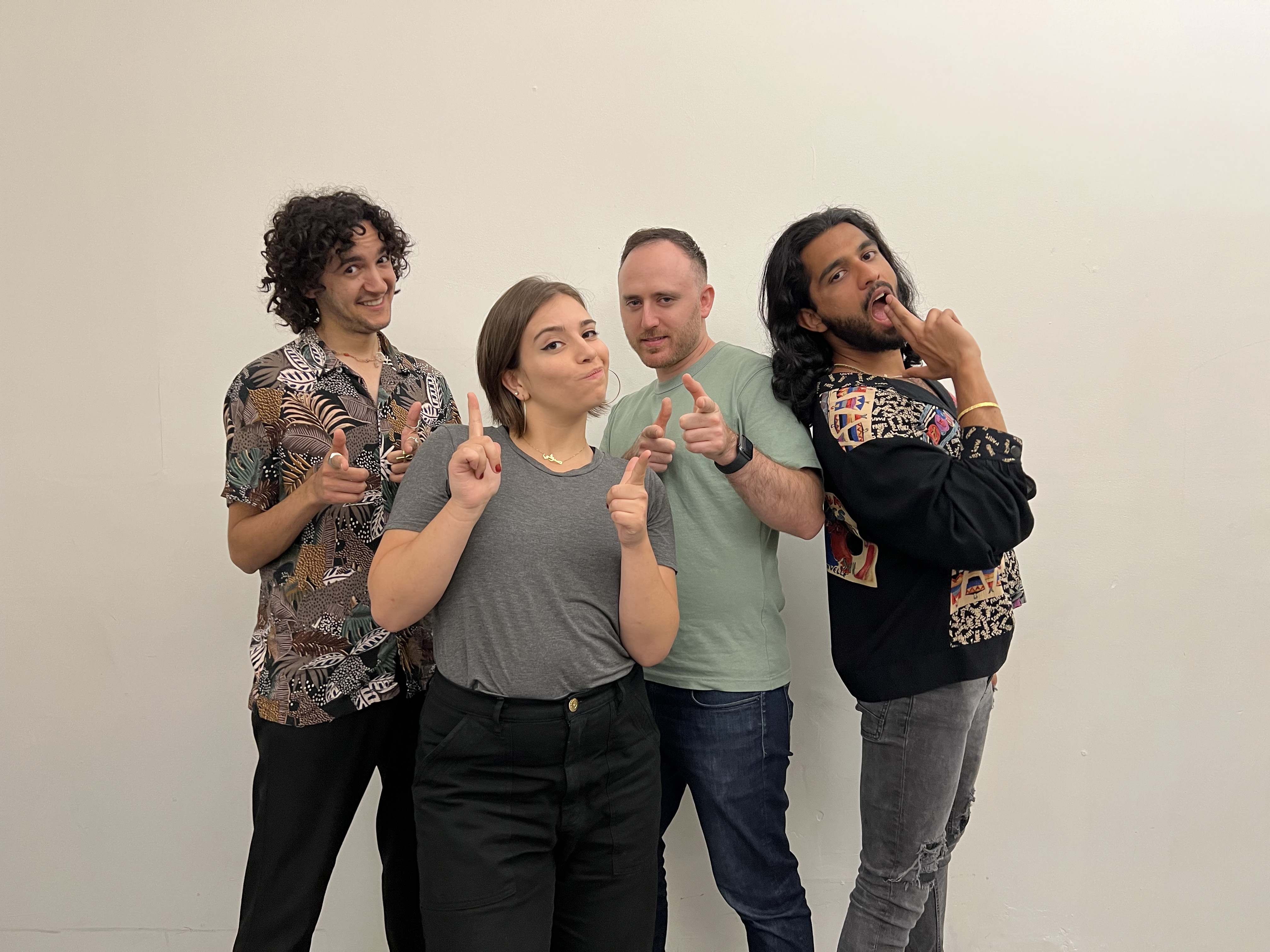 “INVASION! is a subversive satire that constantly upends expectations and calls into question how we inherently view one another based upon a person’s name or skin color,” Mousseau explained. “And with increasing violence and harmful rhetoric in public spaces arising in response to America’s shifting demographics, the play is as urgent today as ever.”

INVASION!’s satirical comedy centers on a name: Abulkasem. What is introduced as an amorphous word of many meanings spirals and shape-shifts into a kaleidoscopic range of identities. Abulkasem is an uncle visiting from Lebanon, a renowned theater director, an asylum-seeking apple picker, the world’s most dangerous terrorist. In a whirlwind of interconnected vignettes, we search for the answer. Who is Abulkasem?

INVASION! is underwritten by Gerry Fultz and Claudia Perles.

INVASION! is generously sponsored by Claudia Perles and Gerry Futz.

Translated from the original Swedish by Rachel Willson-Broyles

at the Ancram Opera House

Tickets are $40 available at ancramoperahouse.org

Jonas Hassen Khemiri is an award-winning Swedish novelist and playwright. He is the author of five novels, six plays, and a collection of essays and short stories. Khemiri’s novels have been translated into over thirty languages. His plays have been performed by over a hundred international companies on stages from Stockholm to Berlin to New York to London.

Jeffrey Mousseau, is a theatre director, producer and educator and co-director of Ancram Opera House in Columbia County, NY, where his acclaimed October 2021 production of An Iliad with actor MaConnia Chesser has been remounted and currently on stage (through July 3) at Shakespeare and Company in Lenox, MA.

Locally, his work has also been seen at Stageworks/Hudson and Hudson Opera House. Other directing credits include The Kennedy Center in Washington, HERE Arts Center in NYC where he is an alum of the HERE Artist Residency Program, numerous productions as founding artistic director of the Elliot & IRNE award-winning Coyote Theatre in Boston, American Southwest Theater, Provincetown Rep, and Florida Studio Theatre.

In addition to his tenure at The Coyote Theatre in Boston, he has served as general manager of the Consortium of Asian American Theaters & Artists; curator of the performance series, Start HERE: Innovative Theater for Young People, at HERE, NYC; program director at Tribeca Performing Arts Center, NYC; and producing director of the Smithsonian Computerworld Awards held annually at the National Building Museum in Washington, DC.

As a guest artist, he has lectured or directed at Brandeis University, Emerson College, University at Albany and Siena College.

Rachel Willson-Broyles became interested in Sweden and the Swedish language at an early age. She majored in Scandinavian Studies at Gustavus Adolphus College in St. Peter, Minnesota, and received her BA there in 2002. She started translating while a graduate student at the University of Wisconsin-Madison, where she received a Ph.D. in Scandinavian Studies in 2013.  Rachel lives in Saint Paul, Minnesota. www.rachelwillsonbroyles.com

Ali Andre Ali (Actor A) is an actor and musician of Palestinian and Irish descent based in New York City. Some of his credits include One Night (Target Margin), American Dreams (Working Theater), 10,000 Balconies (TheatreSquared) and the Eh Dah? Questions for My Father Hour Forum (Hypokrit/Next Door @NYTW). TV: “Ramy.” As a musician he writes and performs with his music duo fajjr+ali. Their latest album Insecurities will be available on all major streaming platforms on August 12th. ww.aliandreali.com | @aliandreali

Abuzar Farrukh (Actor B) is an actor, born and raised in Lahore, Pakistan. Abuzar is absolutely honored to be making his Ancram Opera House debut. Select credits: Disgraced (Chester Theatre Company), Refugee (Joakim Interfest, Serbia), Mitigating Damages (Castillo Theatre), Much Ado About Nothing (Brown Box Theatre Project). He holds a BA in Theatre from UMass Amherst, where he was the recipient of the Ed Golden Acting Award. A special thank you to Jeffrey Mousseau & Paul Ricciardi for this opportunity.

Ahmad Maher (Actor D) is an Egyptian born NYC based actor who has performed in a variety of countries such as Egypt, Sweden and the United States. Ahmad is a graduate of the American Academy of the Dramatic Arts and was selected to be part of the Academy Company 2021/22. Selected NYC credits include Brian in Good Things Happen (Lenfest Center for the Arts), Louis XVI in Marie Antoinette (AADA Company) & Man 5 in Jesus, Son of Man (Everson Museum of Art). Ahmad is incredibly grateful for his family and friends for their continuous support.

Located in southern Columbia County, the Ancram Opera House presents a mix of contemporary theatre, alternative cabaret, and community programs. Located in a converted former grange hall, AOH offers audiences a unique opportunity to directly engage, up close, with visionary theatre artists at the top of their field who are rarely seen in our region. For more information visit www.ancramoperahouse.org.