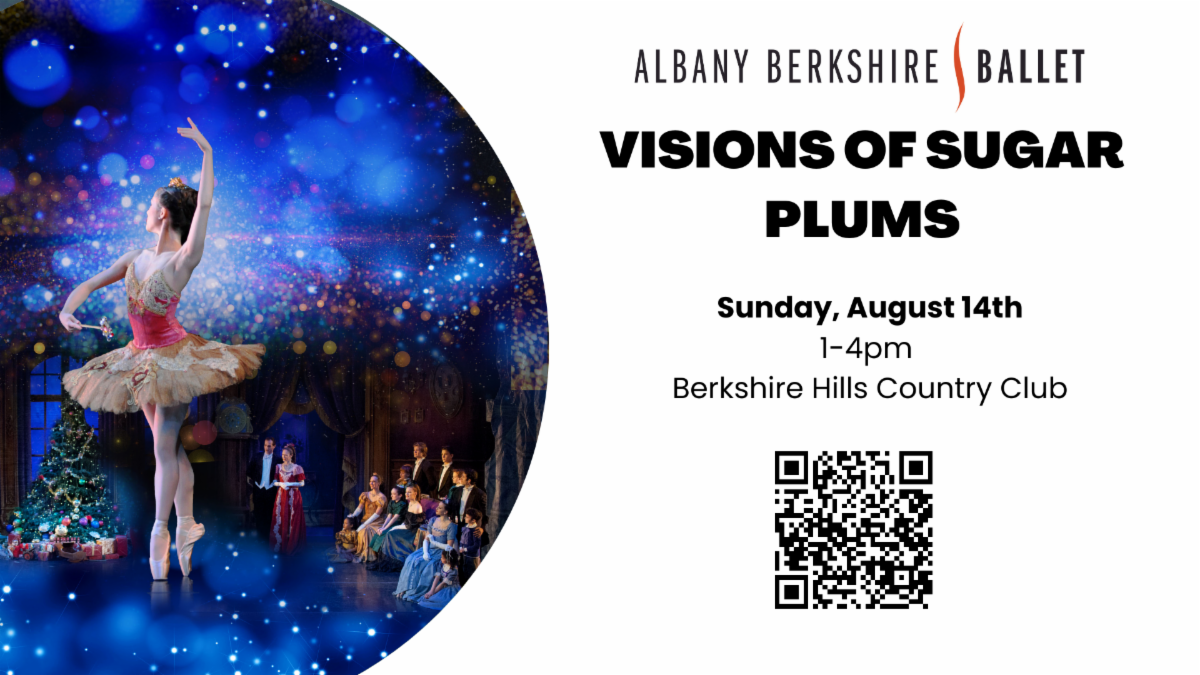 Along with food, live music and dance performance, attendees will get a glimpse into the process as designer Sam Meredith presents a preview of some of the new costumes for ABB’s The Nutcracker as it returns to stages later this year. Choreographed by Artistic Director Madeline Culpo, The Nutcracker will be entering its 47th season this year, with performances in Pittsfield, Albany, Springfield and Burlington.

Heavy ouer d’oeuvres will be served, along with a cash bar. Unique themed gift baskets will be raffled off to help support the company’s investment in new costumes.

At this event, ABB will also make a major announcement about the launch of a new community program funded by the American Rescue Plan Act, in conjunction with the City of Pittsfield.