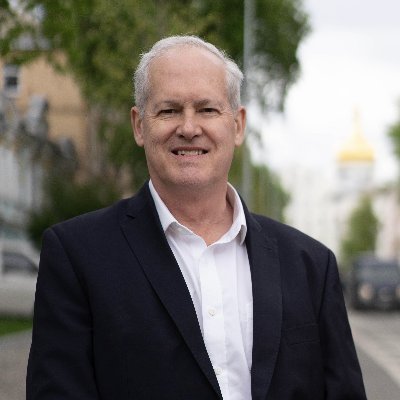 Throughout his career, Brooke has served in myriad positions, including as Moscow Bureau Chief for Bloomberg, Russia/former Soviet Union Bureau Chief for Voice of America, and several posts at The New York Times in the course of 24 years at the newspaper – including as bureau chief for Abidjan, Ivory Coast; Rio l; Denver, Colo., and Canada. Currently, Brooke writes a bimonthly Foreign Affairs column for the Berkshire Eagle.

A Pulitzer Prize finalist written at the height of the Cold War, A Walk in the Woods depicts the developing relationship between two arms limitation negotiators, one Russian and one American, over the course of a year. Shakespeare & Company’s production features Allyn Burrows as inquisitive and hopeful Honeyman, the American, and Jonathan Epstein as Botvinnik, the seasoned, cynical Russian.

A Walk in the Woods is staged outdoors at The Roman Garden Theatre on Shakespeare & Company’s Lenox, Mass. campus through September 4, directed by James Warwick.