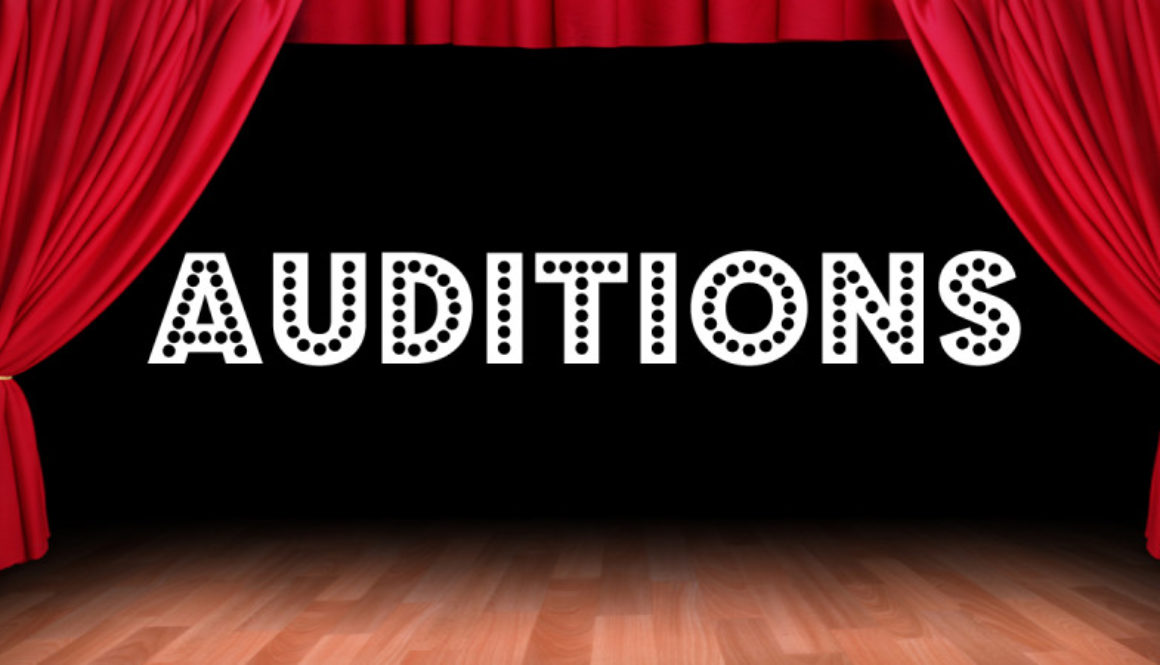 Music and Lyrics by Stephen Sondheim

§  You only need to attend one of these sessions.

Free parking is available in the city owned lot across the street.

(Thursday, Fridays, and Saturdays at 8 pm, Sundays at 2 pm)

§  Please prepare 16 to 32 bars of music from a Broadway show – ideally in a style similar to the show or from the show itself.

§  An accompanist will be provided, so please have sheet music in the correct key.

§  Readings from the script will be provided at auditions.

§  Please bring a calendar with all your conflicts to the audition as well.

§  Rehearsals will be held on Monday, Wednesday, and Friday evenings, from 7-10PM, and on Sunday afternoons 2-5PM. This is subject to change based on cast/crew availability.

Commitment to COVID Safety: The health and safety of our artists, staff, and audience members are our first priority.  Please review our full COVID Health & Safety Guidelines.   All actors, staff and crew will be expected to follow these guidelines including always wearing a mask while on the SLOC campus.

*All actors, staff, and crew will need to show proof that they are fully vaccinated (including at least 1 booster) by the time rehearsal begins. *

About The Show: Successful, middle-aged lawyer Fredrik Egerman has recently married naïve, 18-year-old Anne in what turns out to be a terrible mismatch, while his son Henrik, just a little older than her, has secretly fallen in love with his new stepmother. When Fredrik and Anne visit the theatre, Fredrik is reunited with an old flame, the actress Desirée Armfeldt, and sparks fly – although Desirée herself is currently seeing a married dragoon, Count Carl-Magnus Malcolm, much to the misery of his wife Charlotte. When Desiree asks her mother to host a party for the Egermans at her lavish country estate, all the characters set off for a weekend in the country, each with their own amorous hopes, fears, and schemes.

Inspired by the 1955 Ingmar Bergman film Smiles of a Summer Night, Stephen Sondheim’s masterpiece A Little Night Music opened on Broadway in 1973 and won 6 Tony Awards including Best Musical and Best Original Score.

Fredrika Armfeldt – Desirée’s thirteen-year-old daughter, who may or may not be the product (unbeknownst to Fredrik) of the actress’s and Fredrik’s affair. Raised by her grandmother, witty and poised. Piano experience a plus.

Fredrik Egerman – Successful middle-aged lawyer who is married to his second wife, Anne, and has a son, Henrik, from his first marriage, aristocratic, charming, honorable, conflicted.

Henrik Egerman – Fredrik’s son, slightly older than his stepmother Anne. He is serious but confused; he reads the works of philosophers and theologians whilst studying for the Lutheran priesthood. His sexual repression is a great cause of his turmoil. Cello experience a plus.

Count Carl-Magnus Malcolm – vain, arrogant, ferociously jealous, a military man used to being obeyed, he is Desirée’s newest lover and a buffoon.

Countess Charlotte Malcolm – the Count’s mistreated and downtrodden wife, witty, melancholic, self-loathing, borderline alcoholic, desperately in love with her philandering husband, yet the more intelligent half of the Malcolm couple.

The Quintet: A group of five singers that sit outside the main action of the play, but nevertheless comment on, and help guide, the various characters through the story. In this production, they will function as behind the scenes figures, helping to influence who ends up together.

Schenectady Light Opera Company pledges to continue to advocate for and are aiming to build a diverse cast reflective of the Schenectady community. Any and all ethnicities, BIPOC actors and actors of all gender identities are encouraged to audition for all roles.

If you have any questions, please contact the Producers Amy Clark (aclark@bhbl.org) or Haley VanEtten (hvanetten4@gmail.com)