Salsa, Jazz, Vocalists and Comedians – UPH Has It All Coming in 2023 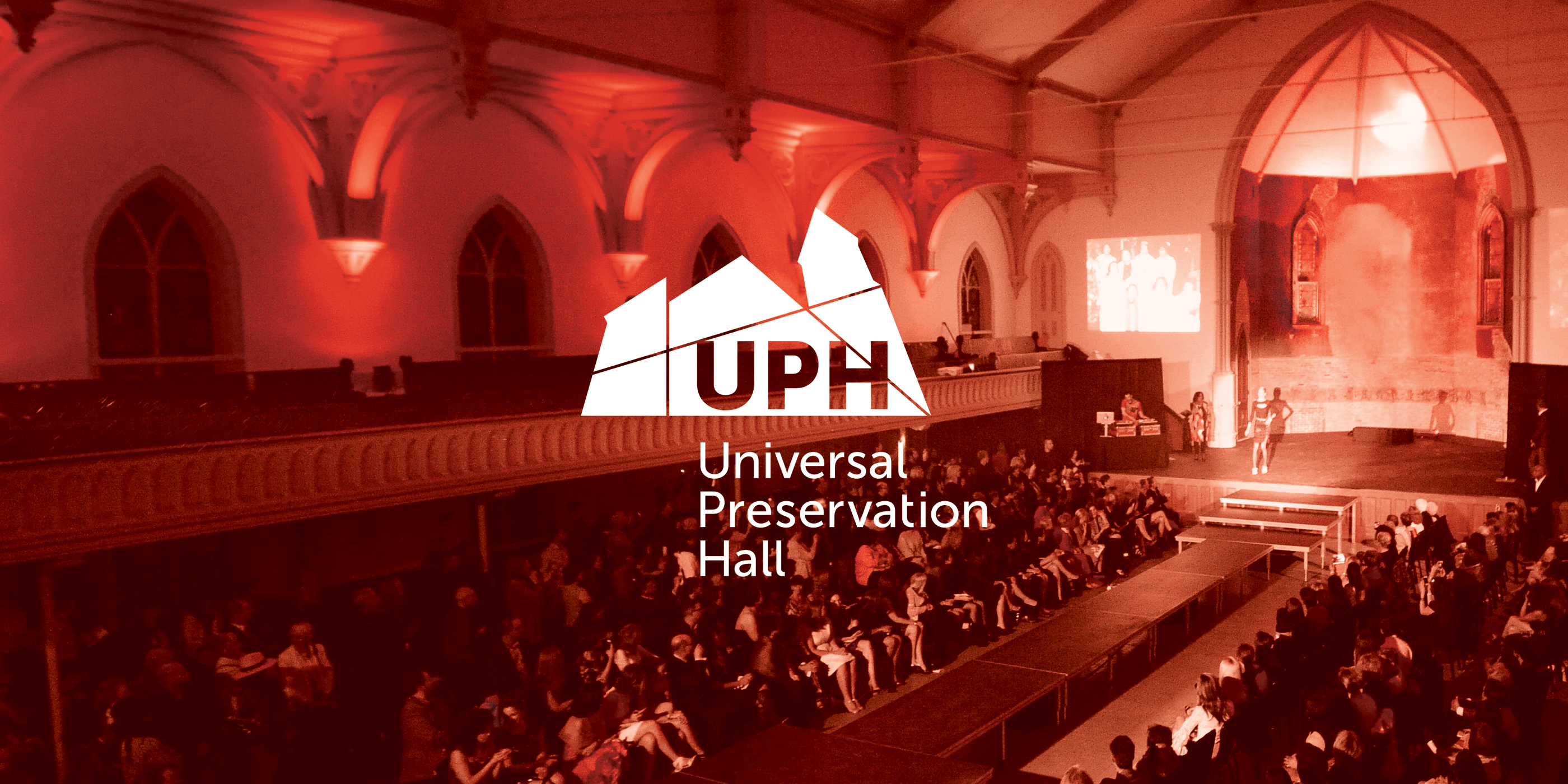 Salsa, Jazz, Vocalists and Comedians – UPH Has It All Coming in 2023

SARATOGA SPRINGS (Aug 31) – Universal Preservation Hall is announcing the first batch of shows coming in 2023. Tickets are available through the Box Office at Proctors, in person or via phone at 518-346-6204 Monday-Friday 10 a.m. – 6 p.m. or online at UniversalPreservationHall.org starting Tuesday, September 6. Starting October 1, the Box Office at Proctors will extend their hours to include Saturdays. Groups of 10 or more can get their tickets by calling 518-382-3884, ext. 139.

For more than 45 years, San Francisco’s Kronos Quartet – David Harrington (violin), John Sherba (violin), Hank Dutt (viola), and Sunny Yang (cello) – has combined a spirit of fearless exploration with a commitment to continually reimagine the string quartet experience. In the process, Kronos has become one of the world’s most celebrated and influential ensembles, performing thousands of concerts, releasing more than 60 recordings, collaborating with many of the world’s most accomplished composers and performers, and commissioning over 1,000 works and arrangements for string quartet. Kronos has received over 40 awards, including the prestigious Polar Music, Avery Fisher, and Edison Klassiek Oeuvre Prizes.

Jessica Vosk is a celebrated singer and actress known for stirring roles on the musical theater and concert stage. Vosk made her sold-out Carnegie Hall debut in November 2021 in a solo show titled “My Golden Age” and her debut at London’s Cadogan Hall in 2022. Before the infamous shutdown, she starred as the Narrator in the 50th anniversary of Joseph and the Amazing Technicolor Dreamcoat at Lincoln Center. She also created the role of Aunt Val in the world premiere of Becoming Nancy, directed and choreographed by Jerry Mitchell. Before that, Vosk finished an acclaimed run as Elphaba in Wicked on Broadway, having played the role for two years. Vosk starred in New York City Ballet’s Jerome Robbins tribute Something to Dance About, directed by Warren Carlyle, and re-created the role of Fruma Sarah in the most recent Broadway revival of Fiddler on the Roof. Other Broadway credits include Finding Neverland and The Bridges of Madison County. She starred as Anita in West Side Story with the San Francisco Symphony; the recording of the concert was nominated for a Grammy. Her debut, Billboard-charting solo album Wild and Free was released in 2018 and was followed by 2020s A Very Coco Christmas.

The JAZZ AT LINCOLN CENTER PRESENTS touring initiative provides an affordable opportunity to present great jazz programming, featuring up-and-coming musicians who have been identified as rising stars by JALC. The initiative also allows for the expansion of the mission of JALC “to entertain, enrich and expand a global community for jazz through performance, education, and advocacy.” Songs We Love was first presented as the 2016 Season Opener at Jazz at Lincoln Center. Songs We Love is a journey through the first 50 years of jazz song. Under the musical direction of Riley Mulherkar, 3 guest vocalists will join an all-star band made up of New York’s rising stars. Combining their distinct talents, the group will sing their way through four decades of music, beginning with the early blues and jazz of the 1920s and ending in the early 1950s. Iconic singers to be explored include Ma Rainey, Billie Holiday, Ella Fitzgerald, Frank Sinatra and Judy Garland.

A cohesive, tight-knit unit featuring some of today’s most esteemed, creative artists, METTA QUINTET is fueled by a collective, open-minded musical curiosity and dedicated to exploring new artistic territory while maintaining a passionate commitment to arts education, fostering new audiences and nurturing young talent. Through the commissioning of all-new works and the creation of immersive, live multi-media concert programs for the MAIN STAGE, METTA QUINTET is committed to challenging convention and expanding the boundaries of the live jazz experience.

Irish Hooley with the Screaming Orphans

The Screaming Orphans – four Irish sisters from County Donegal, Ireland – are bringing the party to Saratoga with a good old-fashioned Irish Hooley! If you haven’t heard the Orphans, you’ve been missing out. The Screaming Orphans are a fan favorite at Irish festivals across the U.S. and Canada. Their collection of 12 albums and an E.P. are widely regarded. Their latest CD, “Taproom”, landed at number one on the iTunes World Music charts and was in the Top 10 on the Billboard World Music chart. They have recorded with Peter Gabriel, performed with Joni Mitchell on a Chieftains album, backed Sinead O’Connor on a tour and have been named Best Rock Band at the Irish Music Awards.

Classically trained at Cuba’s premier conservatories, the members of 3x Grammy®-nominated Tiempo Libre are true modern heirs to the rich musical tradition of their native Cuba. The Miami-based group is celebrated for its sophisticated performances of timba music, an irresistible, dance-inducing mix of Latin jazz and Cuban son. Tiempo Libre has introduced Cuban music to new audiences through appearances on shows such as the Tonight Show, Live from Lincoln Center and Dancing with the Stars and concerts worldwide including performances at Tanglewood, New Orleans Jazz & Heritage Festival, The Playboy Jazz Festival at the Hollywood Bowl, Jazz at Lincoln Center, Hong Kong’s Kwai Tsing Theatre and Tuscan Sun Festival in Cortona, Italy.

What do Frank Sinatra, Julio Iglesias, Cher, Tony Bennett and Dolly Parton have in common with comedian Bobby Collins? Class. From his early days, opening for such legends, to presently bringing his hysterical, insightful, spot-on commentary to sold-out audiences across this country and foreign lands. Bobby Collins has established himself as, and remains, a class act. Class act is defined as: One of distinctive and superior quality. Bobby is noted as a clean comic. His numerous appearances at The White House, along with an impressive list of corporate and private functions have distinguished him as a comic’s comic. Bobby is a Grammy-nominated comedian, for one of his six comedy specials. In addition to authoring 2 books, Bobby and his wife staunchly champion his special needs daughter through the family’s annual Comics for a Cause benefit. Bobby Collins remains one of today’s premier comedians performing to sold-out theaters and clubs throughout the country.

Isaac Mizrahi has worked extensively in the entertainment industry as an actor, host, writer, designer and producer for over 30 years. He is the subject and co-creator of Unzipped, a documentary following the making of his Fall 1994 collection which received an award at the Sundance Film Festival. He hosted his own television talk show The Isaac Mizrahi Show for seven years, has written two books and has made countless appearances in movies and on television. He has appeared as a judge on Project Runway: All-Stars.

Since debuting his musically revolutionary Talking Dreads project live at the High Times Music Festival on the beach in Negril in late 2015, the charismatic Jamaican-born singer and performer has electrified audiences at more than 300 shows across North America – spinning the heads of initially skeptical Talking Heads fans, and getting everyone else grooving along to the infectious, joyous rhythms and jubilant spirit of his native island.

Eric Carle: From Head To Toe

Three beloved stories by Eric Carle, award-winning children’s book illustrator and author, are retold on stage through the magic of black light and fanciful puppets. The Very Hungry Caterpillar follows the wonderful adventures of a very tiny and very hungry caterpillar as he eats his way through an amazing variety of foods on his path to becoming a beautiful butterfly. High up in the sky, Little Cloud playfully transforms himself into various creatures, including a sheep, an airplane, a shark and more. The Mixed-Up Chameleon is bored with his life, sitting about predictably changing color all day. Following an adventurous trip to the zoo, he attempts to emulate the beautiful animals he sees before coming to the conclusion that there is value in his own unique self.

God is a Scottish Drag Queen

In an unforgettable comedy of biblical proportions, God, dressed in a floral power suit, has descended to Earth to let off some steam — and, in the process, he skewers everything from Justin Bieber to the Pope. The work of acclaimed Canadian comedian Mike Delamont, God is a Scottish Drag Queen has won 18 “Best of Fest” awards at festivals across the continent, prompting some audiences to wait hours in line for tickets to this not-to-miss show. In a thick Scottish accent, God attempts to clear up a few misconceptions about himself and his role as the Almighty — and, peering over the rim of his reading glasses, he struggles to remain calm about his creation’s misdeeds.

2019 International Blues Challenge finalist, Misty Blues, is led by lead singer/band founder Gina Coleman. The band is based out of Berkshire County, Massachusetts playing original and traditional blues with hints of jazz, soul, funk and tent revival gospel since 1999. The band has recorded with Charles Neville, Justin Johnson, Big Llou Johnson and Joe Louis Walker. In recent years the band has developed a show, Queen of the Blues, which pays tribute to four quintessential female blues artists of all times … Bessie Smith, Big Mama Thornton, Ruth Brown and Koko Taylor. They perform songs and relay stories of these women’s lives in an emotionally packed musical and educational performance. They also show how these women have influenced their original music.

Pianist and provocateur Connie Han has created an edgy blend of modern and traditional jazz with her incendiary Mack Avenue Records debut CRIME ZONE. At 26, this young lioness is on a fast-climbing trajectory to jazz stardom with rave reviews from The New York Times, Jazziz Magazine, Downbeat Magazine, and more. According to Downbeat Magazine, Han has “already absorbed the post-bop piano masters” with “all the technical mastery she’ll ever need.” The New York Times describes her as “the rare musician with fearsome technical chops, a breadth of historical knowledge and enough originality to write tunes that absorb your ear easily.” Weaving in and out of the tradition, Han pays tribute to McCoy Tyner, Mulgrew Miller, and Kenny Kirkland with her own unique edge and fire at the piano.