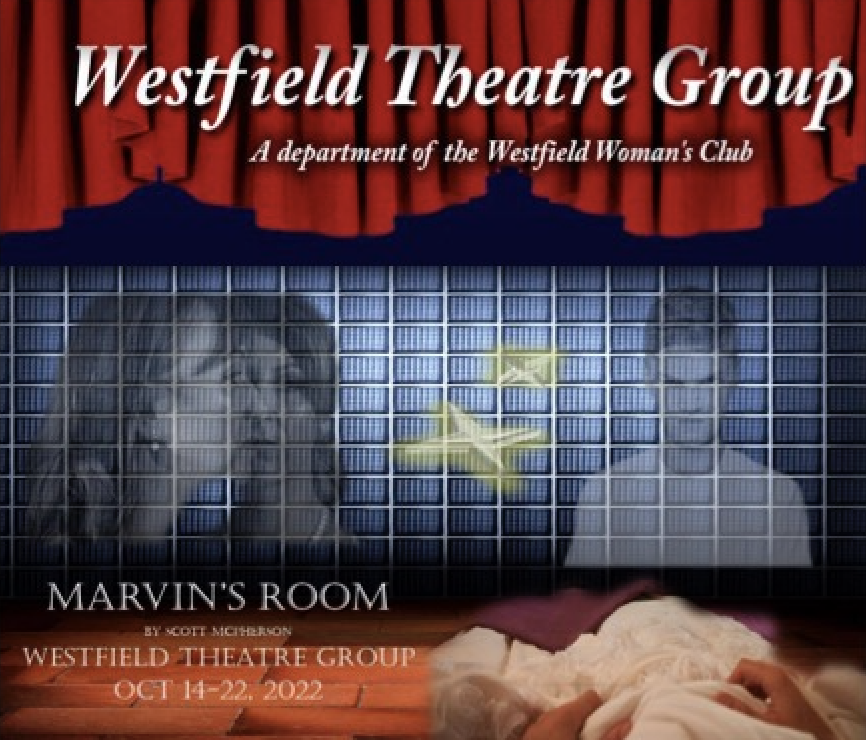 The Westfield Theatre Group, a department of the Westfield Woman’s Club, will perform the moving and comedic “dramedy” Marvin’s Room, October 14-22 in Westfield, MA. The Obie and Drama Desk award winning play by Scott McPherson explores interpersonal relationships within a family experiencing a series of crises and life choices. Frank Rich of the New York Times called Marvin’s Room:

“…one of the funniest plays of this year as well as one of the wisest and most moving” in his review here: https://www.nytimes.com/…/review-theater-a-woman-s&#8230;

With resonant and timely themes, Marvin’s Room casts a sensitive but often darkly humorous light on caregiving, sibling relationships, teenage rebellion, abandonment, mental health and loss. The play evokes deep empathy and understanding, smiles of recognition, laughter and sympathy for our shared human condition. Audiences may alternately laugh and cry, but they will no doubt emerge having had a deeply affecting experience.

“Marvin’s Room is about a family that needs each other more than they originally realize. It’s also multigenerational like many of our families have been. This gives us different perspectives than we may have expected,” noted Eva Husson-Stockhamer, co- producer. “This production gives an honest, but also humorous view of what it is like for a family to deal with life, illness, forgiveness and compassion. It is going to be fantastic because the cast and professional team are among the best in the area and some are working together for the first time. That brings electricity to the material and the performances.”

The play was staged twice off Broadway in the 90’s and in London’s West End, winning the Drama Desk award for outstanding play as well as individual Drama Desk actors’ awards, Drama Critics’ Circle and Obie awards. An Academy Award and Golden Globe nominated film version was released in 1996, and Marvin’s Room was revived on Broadway in 2017 to highly favorable reviews. “I am so pleased to be able to bring this incredible production to the stage here in the Valley, and particularly privileged to be able to do so with the Westfield Theatre Group,” said Michael Budnick, Director. Budnick recently directed the critically acclaimed Western Massachusetts productions of The Who’s Tommy and The Curious Incident of the Dog in the Nighttime. ‘WTG’s accessible Western MA location and its reputation for quality productions has drawn some of the finest actors in the region to these challenging roles, and we are backed by a particularly creative and highly experienced production team” added Budnick. Marvin’s Room is presented by arrangement with Dramatists Play Services, and features Tracy Grammer, Gilana Chelimsky, Joe Wilcox, Theresa Allie, Jim Merlin, Nicole Calero, Calaeb Vertig and John Golden. It is directed by Michael O. Budnick, produced by Eva Husson-Stockhamer and Sophie Stevenson, with set design by Eva Husson-Stockhamer, costume design by Theresa Allie and lighting design by Frank Croke. Advance reservations and online ticketing will be available by September 15th on the website or by calling 413-572-6838.

Westfield Theatre Group is a department of the Westfield Woman’s Club. Located at 28 Court Street in Westfield, the theatre group has been in existence for over 80 years. The purpose of the Westfield Theatre Group is twofold: to provide quality live theater to the community and to encourage members of the community to participate in productions to learn more about theater. The group recently emerged from the pandemic with its hilarious and tuneful production of Big Fish, and regularly performs a full-length comedy or drama in the fall, with a full-scale musical production in the spring of each season, as well as periodically an “Evening of One Acts”. Westfield also produces holiday musicals written and directed by WTG members and will present the original musical version of It’s a Wonderful Life in December, 2022.