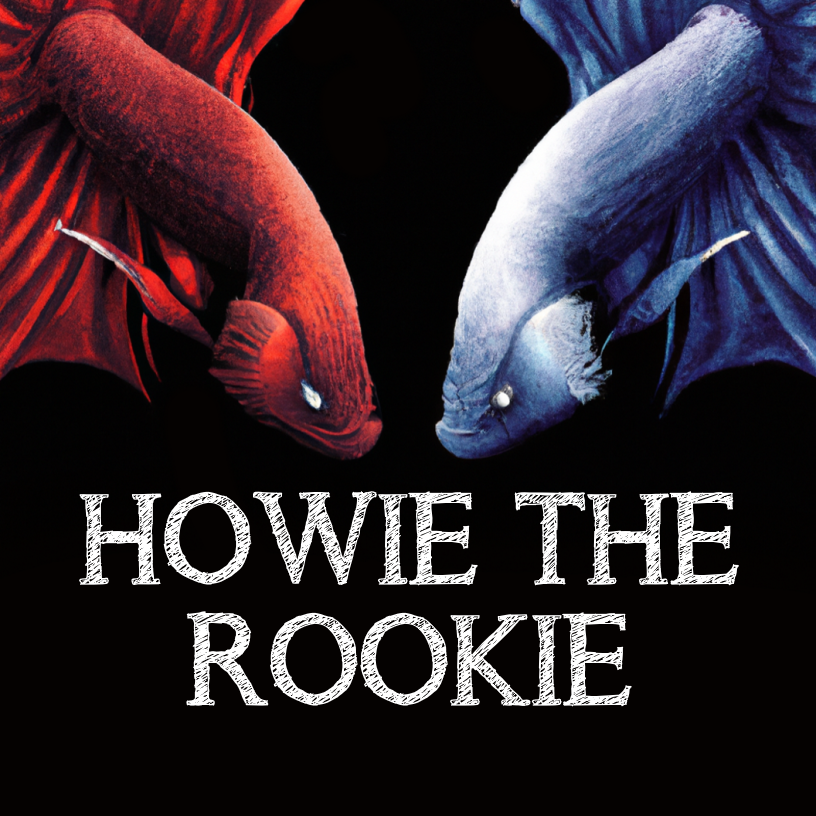 RHINEBECK, NY [September 1, 2022] – Rhinebeck Performing Arts, Inc. and Definitely Human Theatre present HOWIE THE ROOKIE, an adrenaline-fueled ride through Dublin’s seedy underbelly by Mark O’Rowe, directed and performed by Patrick Dougherty and Joey Taylor. All performances take place at the Center for Performing Arts at Rhinebeck on September 22-25; Thursday, Friday and Saturday at 8pm, and Sunday at 3pm.

“Howie the Rookie is a contemporary reflection of old world storytelling, harkening to Homer and Aristophenes,” says Dougherty. “It is a two-man tale drenched head to toe in explosive action, brutality, and humanity.”

HOWIE THE ROOKIE is a twisted tale of revenge and retribution; a tale of two halves in which two Dublin youths share a surname and intertwined destinies. The Howie Lee sets out on an honor bound quest of vengeance, instigated by a scabies-infested mattress. Meanwhile, The Rookie Lee scrambles to pay off his debt to a terrifying gangland figure for killing his prized Siamese fighting fish. Join us for an epic white-knuckle ride through nightmare Dublin, where enemies and allies are interchangeable, and the most brutal events take on a mythic significance.

Friday’s performance of HOWIE THE ROOKIE will feature a LIVE American Sign Language interpreter. If you would like access to reserved seating in view of the interpreter, contact boxoffice@centerforperformingarts.org or call the box office at (845) 876-3080.

Tickets are $20 available at centerforperformingarts.org

Mark O’Rowe is an award-winning Irish playwright, screenwriter, and director, best known for his play, Howie the Rookie. Since winning the George Devine Award for Howie The Rookie in 1999, Mark O’Rowe has electrified audiences with his distinctive dramatic style and dark, dangerous storytelling. Other staged works include Terminus, From Both Hips, and The Aspidistra Code. Film credits include Boy A, Temple, and Intermission. O’Rowe was born in Dublin and still lives there today.

Definitely Human Theatre is made up of a bunch of freakazoids with nothing better to do. We were spawned out of the deepest pits of the Hudson Valley, just outside of NYC, but not close enough to be considered cool. Since crash landing, the totally normal, no-doubt-about-it human members of Definitely Human have spent their days and nights lurking throughout the region in pursuit of an authentic and fulfilling existence. As such, they have dedicated their remaining life-force to create the most mind-blowing, human-like theatre they can.

At Definitely Human Theatre, we commit ourselves to prioritizing an ensemble-forward approach. We combat hollow, product-focused theatre by approaching every project as an opportunity to play. With the express purpose of demystifying the process, our mission is to break through the technical and financial barriers of commercial theatre, to present work that is urgent and fulfilling. We are devoted to creating with our community, rather than emulating or assimilating into the status quo.

ABOUT THE CENTER FOR PERFORMING ARTS AT RHINEBECK

The CENTER for Performing Arts at Rhinebeck is a 501(c)(3) not-for-profit organization that is dedicated, through its arts and education programs, to providing arts experiences for people of all ages, cultures, and backgrounds.