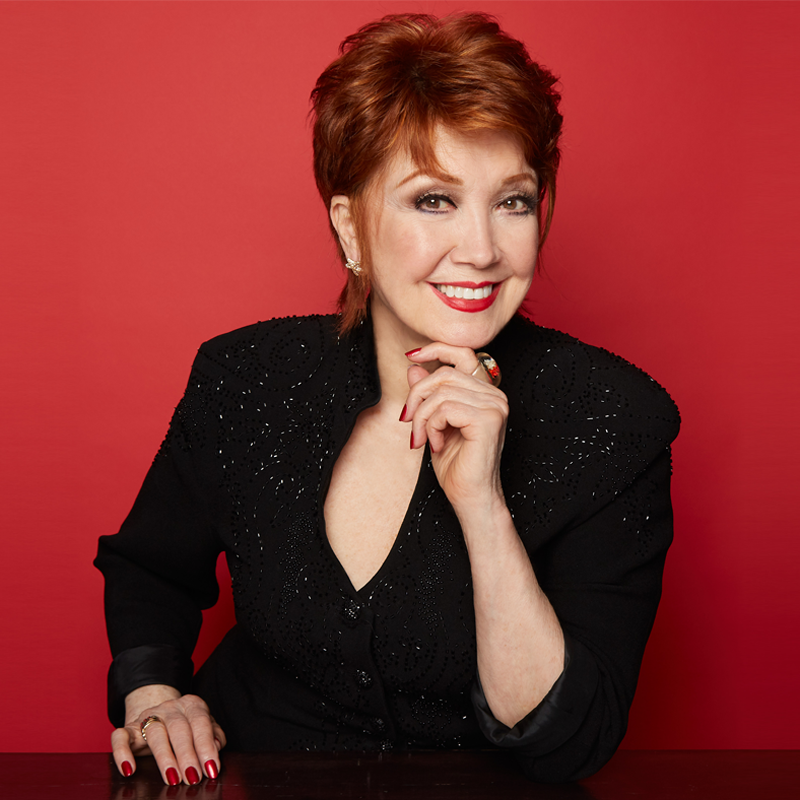 TONY AWARD® Winner for A Chorus Line, DONNA McKECHNIE, will perform at the Southern Vermont Arts Center’s (SVAC) Arkell Pavilion on September 17th at 8PM in TAKE ME TO THE WORLD: THE SONGS OF STEPHEN SONDHEIM as part of the BROADWAY IN VERMONT Concert Series sponsored by Berkshire Bank and hosted by TONY AWARD® winner Christian Hoff.

Donna McKechnie, who received a TONY AWARD® for her performance in the original company of A Chorus Line, is regarded internationally as one of Broadway’s foremost singing and dancing leading ladies. Donna has starred in and choreographed productions in London’s West End, along with theatrical productions in Tokyo and Paris. Some of Ms. McKechnie’s Broadway credits include How to Succeed in Business Without Really Trying; The Education of Hyman Kaplan; Sondheim, A Musical Tribute (which she also choreographed); Promises, Promises; Company; On the Town; State Fair (Fred Astaire Award); and The Visit.

She has starred in and/or choreographed numerous regional plays and musicals, including Follies, Mack and Mabel, Gypsy, The Glass Menagerie, Sweet Charity, Six Dance Lessons in Six Weeks, Guys and Dolls, and can be seen in concert and with Symphony Orchestras as well as TV Specials and dramatic series including Fame, Cheers, and Dark Shadows. She was featured in the film Every Little Step and played the Rose in the film The Little Prince.

Donna will be performing her new, one woman show, Take Me To The World – The Songs of Stephen Sondheim, which celebrates the greatest Broadway composer and lyricist of our time: Stephen Sondheim. In the show, she performs songs from A Funny Thing Happened on the Way to the Forum, Company, Follies, A Little Night Music, Anyone Can Whistle, and Sunday in the Park with George and shares stories of her time working with Sondheim and the great influence he had in her life, both professionally and personally. Ms. McKechnie’s memoir, Time Steps: My Musical Comedy Life, was published by Simon and Schuster. Donna was inducted into the American Theatre Hall of Fame in 2019.

Donna McKechnie is the 4th and final concert in the series.

“We are thrilled to bring Broadway’s best, live-in-concert to Southern Vermont with the help of our own resident TONY AWARD®  Winner Christian Hoff and Old Mill Road Media, and we’re beyond grateful to our presenting sponsor, Berkshire Bank,” says Anne Corso, Executive Director, SVAC.

Christian Hoff is a multi-talented entertainer and producer, known for his TONY®-winning role in Jersey Boys and life-spanning career in the arts. He is the host of Jazz ‘n TÖST on