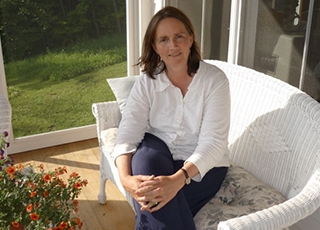 (Dorset, VT – September 12, 2022) After 13 seasons as the artistic director of Dorset Theatre Festival in Dorset, Vermont, Dina Janis has resigned from her role this fall. The Festival’s Board of Trustees has announced current Producing Director Will Rucker as the company’s Interim Executive Producer.

Since joining the Festival in 2010, Janis produced and enhanced the visibility of the Festival and the national impact of its mission to support new plays and playwrights, including the development of the New Play Reading Series in 2011 and many world premiere productions on the Main Stage that have gone on to other stages around the country.

Janis directed acclaimed productions at Dorset throughout her tenure, most recently the World Premiere of Scarecrow by Heidi Armbruster in 2022, which she developed with the playwright/actress. In 2020, Janis co-created and directed Gorgeous Nothings with Mary Bacon and Purva Bedi. Janis also created and ran Dorset’s New Play Development Programs, including the Festival’s Women Artists Writing Group, the Pipeline Series of New Plays, the Stage Free Audio Plays Series, and the Commissioning and Fellowship Program. Her other Main Stage productions at Dorset include Lady Day at Emerson’s Bar and Grill by Lanie Robertson, The Whipping Man by Mathew Lopez, and Out of the City by Leslie Ayvazian.

As part of the Pipeline Series, Janis directed A Stage of Twilight by Sarah T. Schwab, starring Karen Allen, and A Life in the Theatre by David Mamet starring Treat Williams. She has served on the Drama Faculty of Bennington College for the past 21 years.

A statement from the Board of Trustees said, “Dina has been a champion of diverse voices in the theater, bringing those voices and perspectives to Southern Vermont. We are proud of the national reputation that the Dorset Theatre Festival has today. It is a place that believes in community and equality, welcoming world-class artists year after year who consider this place home. We wish her the best as she explores other opportunities in the theater world.”

Current Producing Director Will Rucker, who first joined the company in 2016, will become the Festival’s Interim Executive Producer. A graduate of the Yale School of Drama, Rucker has amassed an impressive community of professional colleagues, having worked on new plays at the Atlantic Theatre Company, the Working Theater, the Playwrights Realm, Lincoln Center, and Yale Rep. As a theatre educator, he has served as a guest artist at the Yale School of Drama, New York City’s New School for Drama, and has taught Shakespeare and improvisation in juvenile correction centers. He was also an artistic director of the Yale Cabaret.

“Will has been an important part of the Festival’s mission and vision, deeply involved in all aspects of the Festival. We are confident in Will’s ability to move the Dorset Theatre Festival forward with a renewed focus and energy. We look forward to our 46th season being another celebration of great plays,” the Board of Trustees’ statement said.

Rucker, with current Marketing and Development Director Ryan Koss, will remain as the Festival’s staff leadership during the transition. Planning has already begun for the Festival’s next season in the Dorset Playhouse in summer 2023.

Theresa Rebeck, a long-time collaborator with the Festival and resident playwright, said, “It has been an honor to work under Dina’s helm. She took great care of her artists and we all wish her success in her future ventures. I also look forward to working with Will and Ryan and our mighty board which has provided a steady hand during this transition. I know that together we can grow the Festival and bring in audiences at a time when the need has never been higher for dynamic storytelling in this amazing corner of Vermont, and beyond. We need community, and we need powerful, funny, relevant stories. The Dorset Theatre Festival has them.”

Dorset Theatre Festival creates bold, innovative, and authentic theatre that engages a multi-generational community and economically diverse region: enlightening, entertaining, and inspiring our audience through the celebration of great plays. We aim to redefine the landscape of theatre by presenting thought-provoking productions drawn from the new and classic canon, as well as through the development of new plays, new audiences, and new artists for the future of American theater.