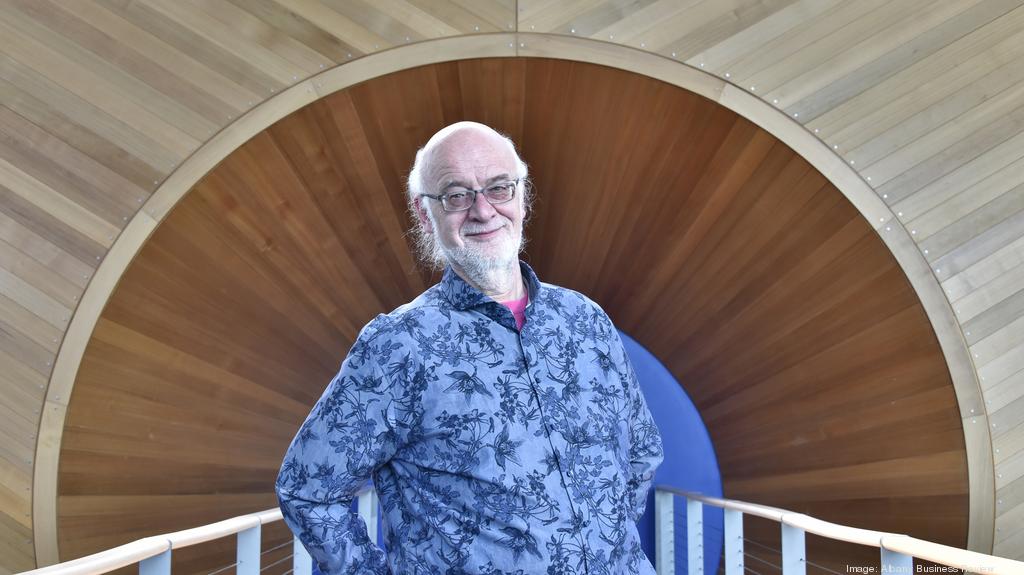 TROY, N.Y. —  After 20 years of guiding the Curtis R. Priem Experimental Media and Performing Arts Center (EMPAC) at Rensselaer Polytechnic Institute (RPI) to become a nationally and internationally recognized center for the arts and technology, its founding director Johannes Goebel is stepping down.

“Johannes has made a great contribution to the university by leading the creation and management of EMPAC, which has become iconic at RPI and worldwide,” said Rensselaer President Martin A. Schmidt. “We are currently developing plans for EMPAC to build upon its enormous success in research and performance.”

The former president of Rensselaer, Shirley Ann Jackson, hired Goebel as a consultant in 2001 at the beginning of EMPAC’s design process and architectural planning, a year after the Institute received the largest private gift at the time given to an American university. It included the funding to build EMPAC and establish the center’s multidisciplinary program. Goebel moved from Germany to become the founding director of EMPAC in 2002. He is also a professor in the Arts Department and in the School of Architecture.

Goebel led the team of architects, consultants, and engineers to realize the programmatic vision of EMPAC, which bridges human perception, experience, and interaction with the potential of the digital domain. Goebel led the design and construction of the ambitious 220,000-square-foot research and performance complex, resulting in a highly flexible technical infrastructure to serve contemporary artistic production and performance, as well as research in science and engineering.

Under Goebel’s tenure, he established the program of EMPAC during the initial design and construction of the center; built the curatorial, technical, and operational teams; and initiated the artistic and research productions, residencies, and events. EMPAC’s building opened in the fall of 2008 with a major commission by the Wooster Group. Since then, hundreds of newly commissioned works, production residencies, and performances have been produced by EMPAC that bridge the horizon of the time-based arts.

EMPAC’s internationally renowned program has placed arts and culture at the heart of the Rensselaer campus and across New York’s Capital Region. EMPAC’s team will continue to advance Goebel’s visionary foundation with new directions and ambitious projects into the future.

“Along with the team at EMPAC, Johannes has given me so many opportunities in those wonderful studios to develop, to create, and to make things that I never would have otherwise,” said Laurie Anderson, EMPAC’s distinguished artist-in-residence since 2012. “I especially appreciate Johannes’ sense of humor and his confidence in the experimental.”

Prior to EMPAC, Goebel was part of the founding team of ZKM, Center for Art and Media, one of the leading international centers at the intersection of art and technology, based in Karlsruhe, Germany. He was the founding director of the Institute for Music and Acoustics at ZKM. Goebel is also a composer, teacher, curator, and music producer. He has lectured and published internationally on aesthetics, technology, art, and music.

Goebel will leave EMPAC in mid-November, 2022. He has been planning the transition since 2020.

About EMPAC:
For two decades, the EMPAC curatorial program has supported the commissioning, production, and presentation of ambitious performances and artworks that span time-based visual art, music, theater, and dance. The program’s polyvocal curatorial approach resonates through each project, generating time-based artworks that are diverse in content, method, technology, and audience experience. Alongside the curatorial program, researchers at Rensselaer use the infrastructure of EMPAC to expand the discourse at the intersection of digital technology and the human condition through a broad range of research projects in science and engineering that include cognitive computing, immersive visual and auditory environments, and physical computing. For more information, please visit empac.rpi.edu.

About Rensselaer:
Founded in 1824, Rensselaer Polytechnic Institute is America’s first technological research university. Rensselaer encompasses five schools, over 30 research centers, more than 140 academic programs including 25 new programs, and a dynamic community made up of over 6,800 students and 104,000 living alumni. Rensselaer faculty and alumni include upwards of 155 National Academy members, six members of the National Inventors Hall of Fame, six National Medal of Technology winners, five National Medal of Science winners, and a Nobel Prize winner in Physics. With nearly 200 years of experience advancing scientific and technological knowledge, Rensselaer remains focused on addressing global challenges with a spirit of ingenuity and collaboration. To learn more, please visit www.rpi.edu.