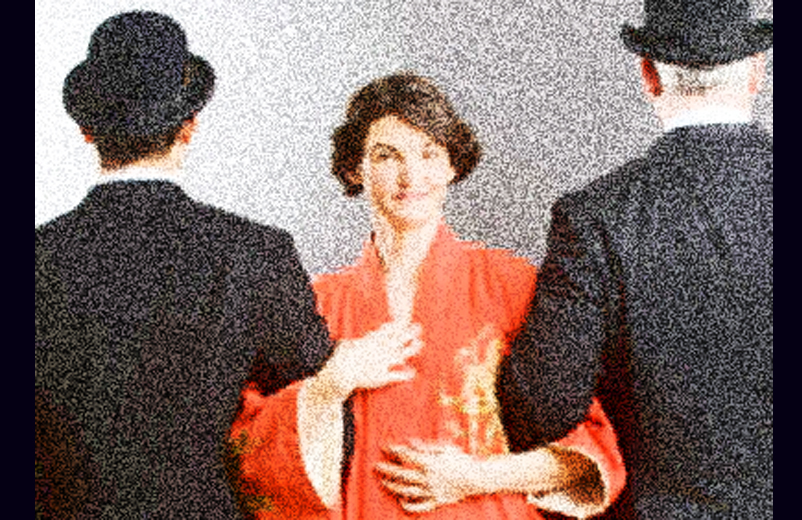 What memories an old photograph can conjure up. The men who built those little cottages in Lenox in their derby hats were tycoons and scoundrels by day, refined at night. Their model wives found ways to expand their own enjoyment of life while maintaining proper decorum. Of course the tea was served “just so” – one lump or two? – when necessary, but corsets and rules can barely tame the libido. For many trapped in that age, it would find a way of expressing itself despite the rigid constraints of HRH Queen Victoria. When one visits such great buildings from the Gilded Age as Ventfort Hall in Lenox, the eyes widen in appreciation of the opulence, the lavish attention to detail, but one begins to wonder what sort of lives were lived there.

The wonderful actress and storyteller Anne Undeland has some insights and has been sharing them over the past few years in her annual one-woman show. Each summer she and her collaborators focus on a historic individual to weave a story around and in the process bring the past back to life. This year Julianne Hiam has written the tale of Elsie Clews Parsons, born in 1874 New York, and who married a four time Republican representative to Congress. This was before the family values and religious right more or less took over the party. Still, Elsie made lots of waves.

As the child of a socially prominent family there were certain expectations. Her rebellion against the way things were “always done”, and her ornery single-mindedness are traits that we, the modern audience marvel at. Instead of being a debutante and rapidly finding a rich husband and marrying, she went to Barnard College for a degree in Sociology, followed by a doctorate in Anthropology from Columbia. She authored several books, and was a well known figure in the Bohemian world of early 1900’s Greenwich Village.

This story is told as a layer cake, with a modern woman being given Elsie’s original wedding dress and kvetching with her mother over details of the upcoming nuptials. This character was not quite a Bridezilla, but she had a stubborn streak just like Elsie. We also get to see both the earlier mother and daughter as the dress passed from one to another.

Using the ballroom of the Ventfort estate as the playing area, it is set up cabaret style, with wine on each table that can be purchased. As Undeland assumes the personas of the various periods, she cavorts among the audience, sometimes involving them in small tasks like helping her dress, and prostrating herself across a table to swoon over an earlier lover. In fact she did this more than once. In one case, glasses went flying though nothing broke. Another time, you could hear her dress rip as it caught on one of the chairs during her whirlwind flights across the ballroom. Arthur Oliver, designer, will have some repairs to make I am sure.

Open Marriage is very up close and personal, and Anne Undeland such a gracious actor that onlookers are delighted when she perches nearby. The intimacy and lightness of this evening is a credit to director John Gould Rubin who kept things moving during the one hour playing time. It passed in the proverbial twinkling of an eye.

Many of those behind the scenes are part of Shakespeare & Company which collaborated on this production. Kudos to all.

Summer here offers a wealth of music, theatre and dance. But if you would like to see something that brings the Berkshires earlier gilded age back to life, Open Marriage is the ticket, and Ventfort Hall the perfect place to take you back to that glorious time.