This critic loved “I Hate Hamlet” at the Dorset Theatre Festival, and so will you 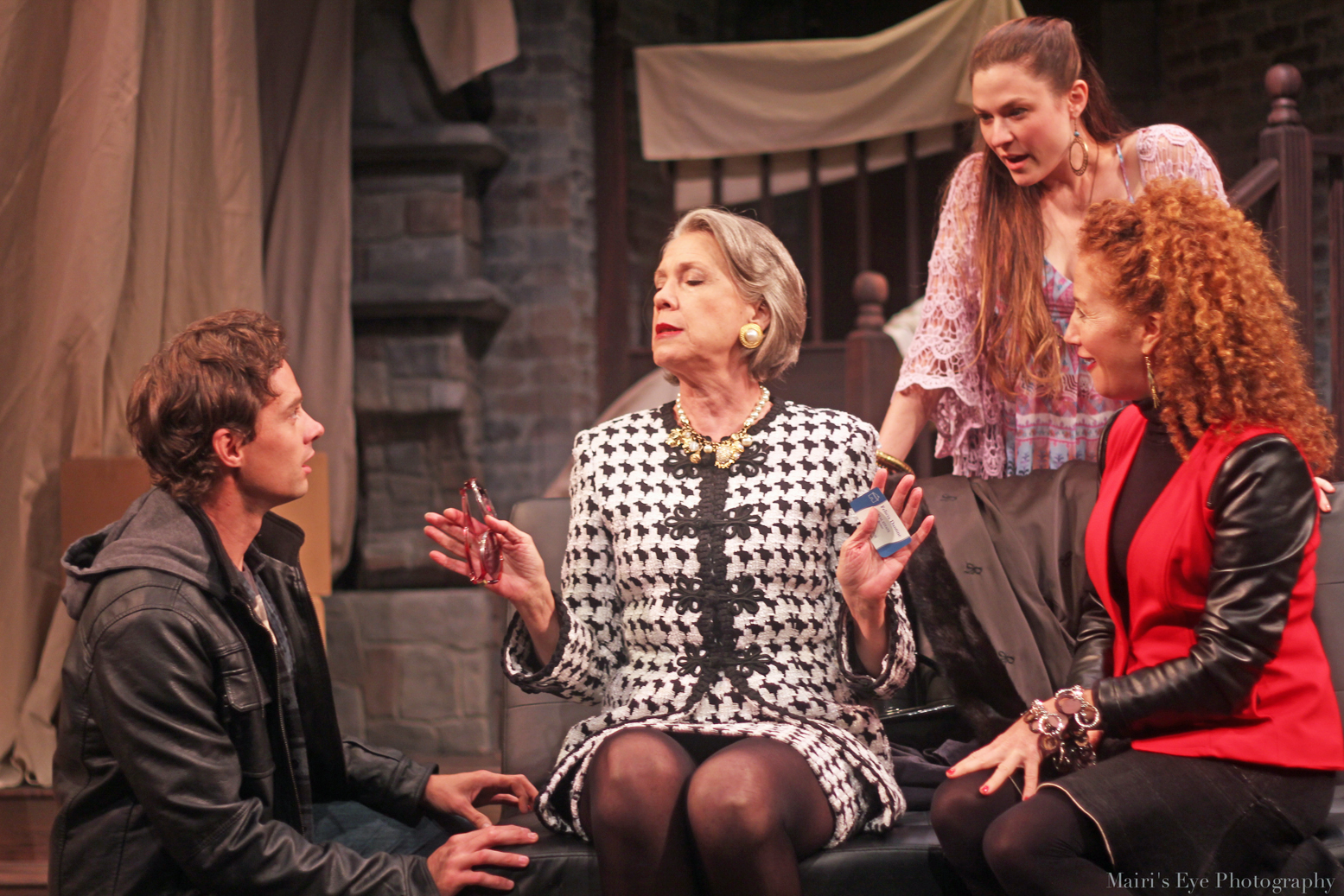 This critic loved “I Hate Hamlet” at the Dorset Theatre Festival, and so will you

At the Dorset Theatre Festival they surely have a great sense of humor as Paul Rudnick’s I Hate Shakespeare gets a rare airing this summer. Its funny moments come in spurts as a television advertising actor moves into a top floor apartment where the great John Barrymore once lived. His friends and associates are all comic roles, though the subject matter sometimes seeks a deeper meaning. Back in the day, John Barrymore did indeed play Hamlet, though his descent into boozy irrelevance undermined his legend.

The playwright Paul Rudnick knows of the temptations of Hollywood vs. Broadway as he has written both successful plays like Jeffrey and The Most Fabulous Story Ever Told for the theatre, but also as an uncredited script doctor on movies including The Addams Family and The First Wives Club. He received sole writing credit for Addams Family Values, In & Out, and the screen version of his play Jeffrey. Rudnick’s later screenwriting forays included Isn’t She Great and the remake of The Stepford Wives.

Turns out that the playwright based this play on a real apartment in a brownstone, just off Washington Square where Barrymore actually lived, and so did he. It was four steep flights up, and the walls of the final landing were a rough stucco, with an odd-shaped niche high in the wall for a candle or a skull. The playwright wrote about it extensively in a 2007 New Yorker article which pretty much outlines the play on stage in Dorset. Barrymore had taken up residence in 1917, just before he began performing his legendary Hamlet uptown.

Another curious coincidence is that I Hate Hamlet, which Rudnick wrote in 1991 actually previewed not far from Dorset, in Saratoga, New York.

The story is pretty straightforward. The actor Andrew Rally (J.D. Taylor) is debating whether to take on role of Hamlet for Shakespeare in the Park, and needs a place to stay. His real estate agent Felicia Dantine ( a hilarious Annie Meisels) has brought him to the old Barrymore penthouse, and soon he, his girlfriend Deidre McDavey (Haley Bond) who is keeping a firm grip on her chastity, and his agent, Lillian Troy (Carole Monferdini) are all offering their opinions. Dantine convinces Rally to stay in the apartment and hold a seance. Lightning flashes and the ghost of John Barrymore (David Lansbury), who, clothed as Hamlet, arrives for the sole purpose of convincing Rally to play the part.

Barrymore proves to be very convincing but when Rally’s Hollywood friend Gary Peter Lefkowitz (Benjamin Pelteson) shows up offering Andrew a new role in a television pilot, with a potentially large salary and fame, Andrew is forced to choose between Shakespeare, whom his girlfriend loves, or television, where he is loved by millions.

The smooth performances of Taylor and Lansbury as the two Hamlets is intricate as the two wary actors find a way to work together, and some superb wordplay as well as swordplay ensues (Barrymore challenges Andrew to a sword fight in the middle of the New York loft). In the Broadway production, Nicol Williamson played the ghostly Barrymore and eventually drove the younger actor, Evan Handler to leave the show. Notorious for being an unpredictable lush, he ultimately stabbed his rival in the behind, drawing blood and headlines.

Outstanding in this production – besides J.D. Taylor and David Lansbury are Annie Meisels as the real estate agent, Haley Bond as Dierdre who is more in love with Hamlet than with Andy, and a superb Carole Monferdini as the talent agent who just knows she left a hatpin in this apartment some decades before. As Andy’s clueless pal from Hollywood – Benjamin Pelteson made the role of Gary Peter Lefkowitz his own.

Rudnick populated the play with lots of clever one liners about things like method acting:””We must never confuse truth with asthma” and why some people avoid Shakespeare completely: “It’s algebra on stage!” But for all the good fun, it never gets the same laughter going as a Neil Simon or John Guare. It’s a summer confection, light and frothy, affectionate to the theater when well focused, and of course still a heck of a lot little funnier than Hamlet. In the second act Barrymore has a moving monologue that is both a diversion and a serious change of pace. And those curtain calls, well, no spoilers here, but you have to see them to believe them.

The set is both functional and ingeniously devised by Kevin Judge, with lots of nooks and crannies and a variety of playing areas that director Carl Andress uses to maximum advantage. The lighting – at times very tricky – is also expert, as was the sound. The costumes were perhaps the only element that seemed to misfire. T-shirts with printing on them are a distraction on stage as people try to figure out what it depicts and says about the character. And the dowdy getup for girlfriend Diedre was a heavy handed way to say she was resistant to sex with Andy.

But these are small issues in an overall excellent production that had me laughing out loud, and often. I Hate Hamlet is a perfect play for a late summer evening out: some mystery, some comedy, not too heavy, not too light, but just about right for almost everyone.