Burns and Murray: Multigenerational cast of “Evita” at Theater Barn wins us over 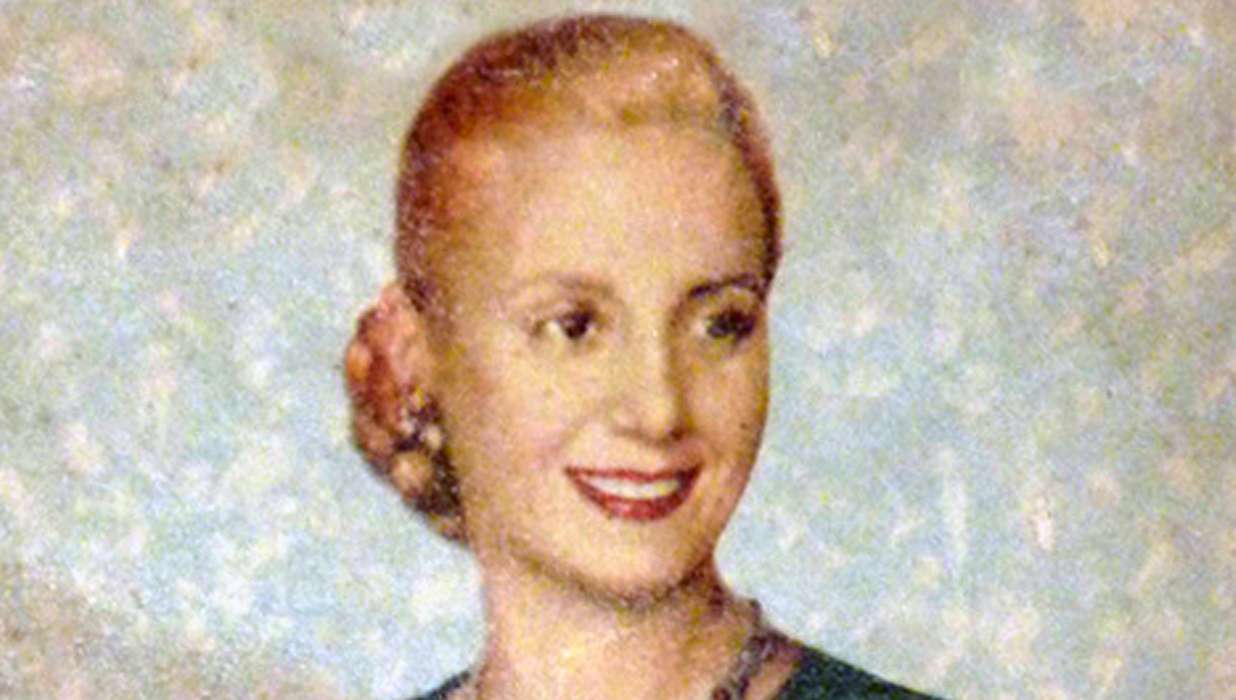 Burns and Murray: Multigenerational cast of “Evita” at Theater Barn wins us over

Gail M. Burns: I’ve waited a long time for Evita to be performed in this area…

Larry Murray: It’s one of Andrew Lloyd Webber’s most interesting concept musicals because its jewel of a lead, Eva Perón (Joanna Russell) left such an impressive legacy that even an Englishman was inspired to make her life into a musical. People don’t think of the safety net she created in the middle of a brutal military dictatorship, but as Evita brings out, her story was propelled by her upbringing as a desposeído. She cared for the poor even as the government enriched itself to the point of bankruptcy.

Gail: Eva Perón (1919-1952) was an amazing woman, and like most amazing women her story is told and retold through various patriarchal lenses – political, religious, sexual, and here artistic. Since she was only 33 when she died of cancer, there was not time for Evita to tell her own story.

And while this 1976 Andrew Lloyd Webber rock opera is iconic and well known, this is the first time I have been offered an opportunity to see it since I bought a $10 seat in the nose-bleed section of the original Broadway production in 1979. (Yes, you could see a Broadway musical for $10 back then.) It’s a show everyone knows and nobody does. For the tiny Theater Barn to tackle it takes chutzpah!

Larry: I was impressed by both leads, Joanna Russell has a tremendous voice which she kept under control, building songs like “Don’t Cry for Me, Argentina” from pianissimo beginnings to exuberant displays of vocal prowess. Her acting style was forthright, and not overwrought, whereas someone trained as an actor rather than a singer might have been tempted to burn up the scenery a bit, don’t you think? In a gorgeous glittering white dress, arms raised high on the balcony, she was every bit the Evita we have come to know from legend.

Gail: Evita really is a star vehicle for the title role. Marxist revolutionary Che Guevara (1928-1967) acts as the narrator and Evita’s husband, Argentine President Juan Perón (1895-1974) has a meaty role, but aside from two other characters with solos, the rest of this show belongs to the chorus members, who morph from peasants to aristocrats and back again as the occasion warrants. Director Allen Phelps cast performers who had played the three leads before at other venues, and then used the Barn’s usual summer cohort of talented young adults, supplemented with local teens and children, to round out the cast. And it works well.

Larry: Those young people certainly are one of the big attractions of this production, a couple of the tweens really stood out as well.

Gail: They certainly did, and their singing was very good. The children and teens were genuinely engaged and thoroughly enjoying themselves on stage. I would never have thought of children even being suitable as cast members for Evita, which is hardly a cute and cuddly show, but their inclusion created a chorus representative of the many generations of Argentinians upon whom Evita had a great impact.

Larry: Che (Ryan Burch) was very much the essential guide to Evita’s journey, though just how much the real Che knew of her at the time is lost in the mists of time. It is possible they met since he was also Argentinian and in his 20’s when Perón ran the country. But in truth he was radicalized by the poverty he saw all over South America prior to the Cuban revolution and his own fame as the revolutionary. Burch was a no-nonsense stand-in for the young firebrand and with his musical background did a superb job on the Theater Barn stage. In the musical he is mostly the observer of the power of Juan Peron (Jonathan Mesisca) who completes the dominant characters on stage. There are others – like Shelley Farmer as Perón’s prior Mistress – who gets the boot when Eva arrives – but they are pretty much one-song wonders, Farmer’s solo being a memorable “Another Suitcase in Another Hall.”

Gail: I am fascinated by the fact that Juan Perón was alive, and then his third wife, Isabel, who is still living, succeeded him as President of Argentina during the time Lloyd Webber was writing this show. Evita also had many siblings who would have been alive during that time. I wondered how restricted, or not, he was by their legal claims on Evita’s story. Nicky Arnstein and Maria von Trapp are two examples of surviving spouses having tremendous influence on how the stories of their marriages were told on the musical stage.

Larry: Considering the millions poured into Broadway musicals and their many national touring companies, I am always amazed at how the Theater Barn manages to pull off such big musicals. Of course instead of dazzling sets we get a truly functional one, and once again Abe Phelps did a solid, if practical, job of making the stage a workable space for all the actors. But it didn’t leave a lot of room for Vincent Ortega’s choreography to reach second gear, mostly it just went round and round or consisted of motionless friezes. The band on the other hand, under the direction of Kevin Francis Finn, did a great job despite the fact that there were only four players, piano, bass, percussion and guitar. The restraint shown, especially by Zachary Cohen on the guitar was remarkable. He managed to provide the illusion of vibrato when needed for softer passages with a little electric boost when the volume and emotional lyrics allowed. It is a very delicate balancing act.

Gail: Spectacular dancing on a tiny stage is the Mac-Haydn’s forte. Generally the Barn presents smaller cast musicals. In fact this is the largest cast I have seen on their stage in…well, forever. From the moment I saw the title in the season announcement, I knew Evita would be an ambitious undertaking for the Barn. I am delighted that they have pulled it off so well.

Larry: Evita is a musical that has a beginning, middle and end, and we follow Eva Duarte from her youth as an ambitious woman looking for opportunity to a symbol of Argentina itself. That the musical ends with her final broadcast, death and a lament is not the usual happy ending one might expect, but incredibly dramatic nevertheless. I think this Evita, pared down to its basics is very much worth seeing. It is vintage Andrew Lloyd Webber and a marvelous end of summer treat as our choices narrow with the coming of Labor Day.

Eva Perón, the first lady of Argentina, passed away on July 26, 1952 at only 33 years of age. She was powerful, glamorous, charismatic, and a tragic figure whose body didn’t come to a peaceful rest until 1974.

In 1950, at the age of 30 and the height of her popularity, she fainted in public. Initially she was diagnosed with appendicitis and had her appendix removed. But she continued to weaken and easily fatigue, and experienced profuse vaginal bleeding. Upon examination by her gynecologist, she was diagnosed with cervical cancer. The finding was withheld from her and her adoring crowds on the orders of Juan. Many believe Juan kept the news quiet as he felt “Evita,” with her mega-wattage star power, was too important to his presidential election, and any weakness might influence the vote. Under Peron’s orders, she was told she would need to have a routine removal of the uterus that would correct the bleeding. That happened and she continued to decline as the cancer had spread. She was never told she had cervical cancer, which would eventually take her life.