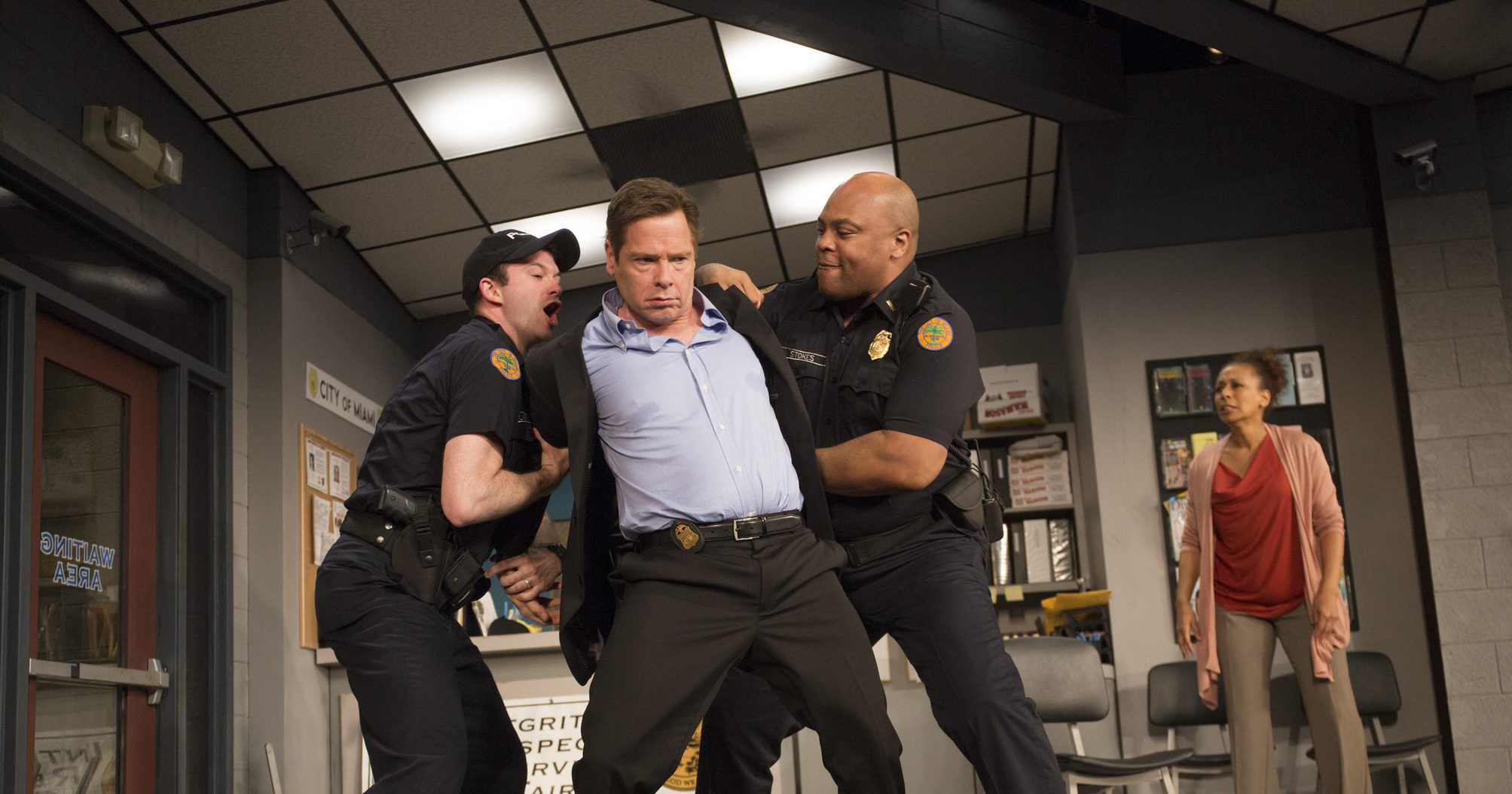 As artistic director of Barrington Stage Company, Julianne Boyd is constantly on the lookout for topical, dramatic plays that explore the often thorny and seemingly intractable problems that exist in America. Foremost among these is the racial divide which continues to plague our relationships with one another, as well as the gender gap which often sets husband and wife against one another. Both of these are themes upon which American Son revolves in this World Premiere play commissioned by her company.

Race and gender are themes upon which to construct a solid play, but playwright Christopher Demos-Brown ratchets up the conflicts by adding to this volatile mix the current concern about police and policing. While not its main theme, frictions between law enforcement and minorities is touched on, side by side with the fact that most Americans don’t have a solid grasp of how policing works. American Son is a tough, gritty play that – on opening night – held its audience spellbound as this complex gordian knot was unraveled.

Before the play begins, you know things are going to be a bit harsh when the house lights start to fade a bit before crashing into total darkness. Eerie seconds tick by. Then, when the lights come up on stage we are almost blinded by the industrial lighting of the police station where Kendra Ellis-Connor (Tamara Tunie) is sitting, fidgeting with her smart phone and worried sick about the whereabouts of her son, Jamal. Tunie finds a dozen ways to indicate that she is a bundle of nerves, while impatiently awaiting word from the reticent police rookie assigned to her case. As Officer Paul Larkin, Luke Smith is sufficiently bumbling, overly solicitous one moment, and officious the next, as he tries every strategy he has been taught to keep the worried mom in check.

She has been calling both her son and her estranged husband Scott Connor (Michael Hayden) frantically, and when Connor finally arrives they bicker as they wait, at least until the white cop accidentally spills some of the updated details to the husband. Information that he has been withholding from the wife.

As things escalate, the no-nonsense Lieutenant John Stokes (Andre Ware) arrives with some official information that is not sufficient to placate the couple. The complications multiply along with the tension, but it would be unfair to detail too many of the plot points. It is these unexpected revelations that is the key to the power of American Son. Suffice to say that the opening night audience was transfixed, barely moving a muscle as the drama between the four characters grew in intensity. Tamara Tunie delivers a masterful performance, walking that fine line between totally inhabiting a role and overdoing it. Likewise, Andre Ware made his Lieutenant totally believable. And totally scary. Michael Hayden and Luke Smith managed to stay in the ring with these two amazingly versatile performers.

Brian Prather did his usual brilliant job as set designer, and nailed such interesting details as a display of “Officer of the Month” while making sure that the flats that convey the brick cinder block walls don’t jiggle when the doors are slammed shut. Scott Pinkney’s lighting was bright but subtle, evoking an institutional room that was somehow full of impending doom; indeed the worst place to be when one does not want to hear bad news.

Given the many threads that got unraveled during the course of the play, it is a sure bet that there were many interesting conversations as people left the theatre for dinner, or home. Playwright Demos-Brown is clearly attuned to the increasing divisions that are taking place in this nation, and under the steady hand of Julianne Boyd they are on view, unvarnished, in a searing production. It gets our highest recommendation.

American Son is a springboard to further dialogue about race, identity and bias in America. Barrington Stage is conducting a series of conversations about race which will take place over the July 4 weekend. Read about it here: Bias in America