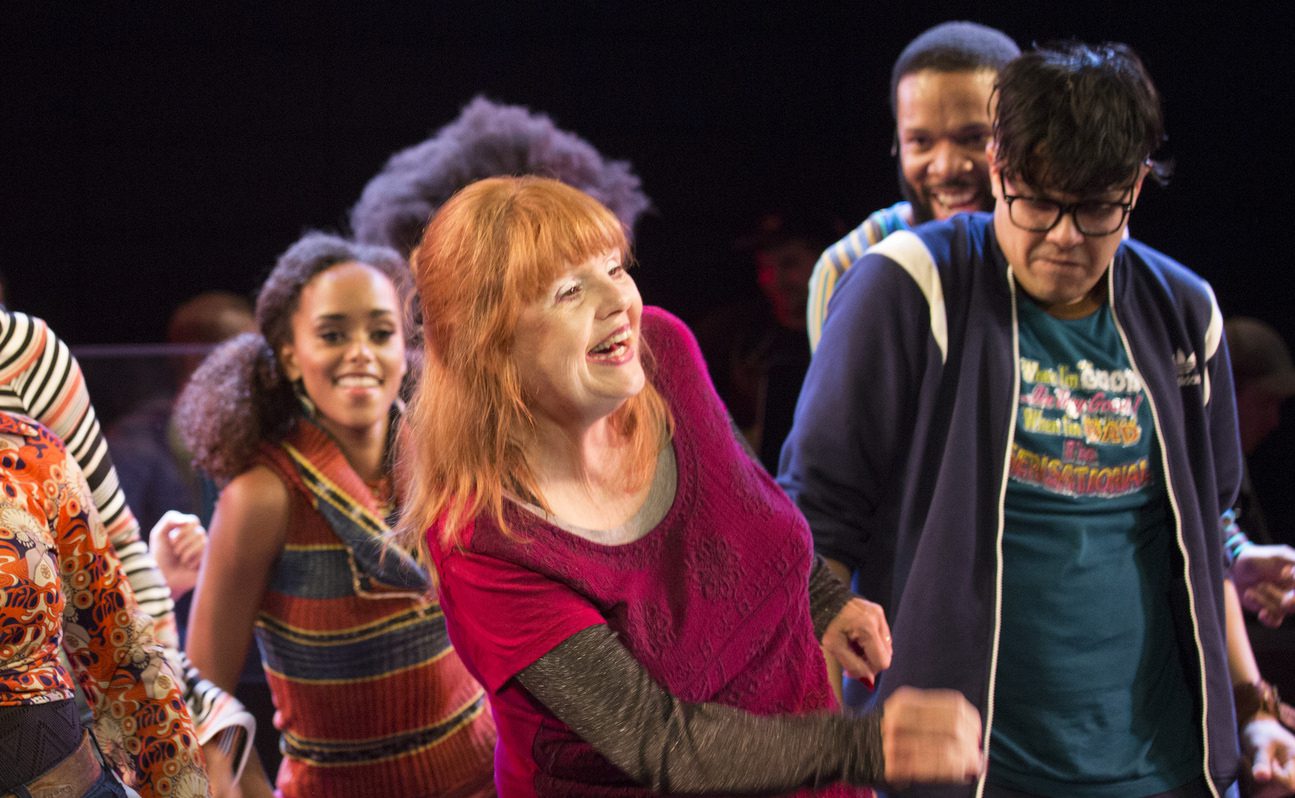 New musicals are the most difficult for Berkshire theatres to put together successfully for the simple reason that there are twice as many creative voices to be heard and not much more time for hashing it all out than for a simple play.

Just scan the credits in the program and there they are: music director, musicians, choreographer, composer, lyricist, book writers, and likely a lead dancer and wig maker to boot. And yes, a producing genius, and artistic director to watch over the whole process, ready to step in when needed, to adjudicate a conflict, or solve the impossible problem.

All of these came to bear on the wildly successful Barrington Stage production of Broadway Bounty Hunter, now playing at the intimate St. Germain Theatre in Pittsfield. Area critics – as well as Charles Isherwood from the New York Times and Don Aucoin from the Boston Globe – added their praise and criticisms to the growing mountain of reviews. Only one critic was totally negative, Bob Goepfert of the Troy Union.

The end result was a box office stampede, with limited tickets remaining for the rest of the run, so a matinee performance has been added for Wednesday, August 31 at 3:00pm. Tickets are $50 and available at www.barringtonstageco.org or by calling 413-236-8888 or visiting the Barrington Stage Box Office (30 Union Street, Pittsfield, MA 01201) Note that the actual performance takes place at the Blatt Center on Linden Street.

Our own Berkshire on Stage review was a rave. Here are links to all of the other reviews we could find:

“In a season of fascinating new shows, this one is definitely at the top of the list, a true winner in the premiere sweepstakes.”– Berkshire Bright Focus

“The raucous world premiere of Broadway Bounty Hunter at Barrington Stage Company is a caterwauling, titubating, soulful musical that packs a wallop… Suffice it to say that for once a stomping and cheering Standing O was richly deserved.“ – Berkshire Fine Arts

“Joe Iconis…nimbly mimics the R&B and funks of the 1970’s, the halcyon days of exploitation movies that inspired the wacked-out plot” – The New York Times

“Most astonishing about BROADWAY BOUNTY HUNTER, a sassy, joyous, booty-shakin’, dyno-mite new musical in its world premiere at Barrington Stage Company in Pittsfield is that the St. Germaine theatre can handle all the talent and power exploding on its compact stage.” – Off Script

“Annie Golden is nothing short of endearing” – Talkin’ Broadway

“Julianne Boyd, who stepped in as director two weeks ago, keeps the action tuned to high. She is helped mightily by the MTV-inspired choreography of Jeffrey Page, which is sharply honed by the cast. You have never seen attitude so aptly expressed in the multitude of snapping of fingers flung carelessly over eight pairs of shoulders as you have with these performers. Included in many of the numbers, Golden is cuddly in appearance and downright delicious in her determination to keep up with the gang. She has the moxie to belt out her songs as well, making her an empathetic figure, determined, honest, and filled with a joie de vivre that never quits.” – Theater Mania

“Even though the work is intended to be a campy spoof, it takes self-indulgence to a new level with what seems to be little more than an inside joke expanded to a two-hour musical.” Troy Record

“It’s all quite enjoyable, if repetitious after a while. There’s not a weak link in the diverse ensemble, put through delightful disco-era paces by choreographer Jeffrey Page.” Variety

“I found Mr. Iconis’ score engaging, well orchestrated by Charlie Rosen and conducted by Joel Waggoner, and well-performed by sextet of musicians behind the stage action. The story is all over the map, its characters other than Golden’s are superficial, and its liabilities are masked by Jeffrey Page’s energetic choreography, and a top-notch ensemble of performers.” Westfield News