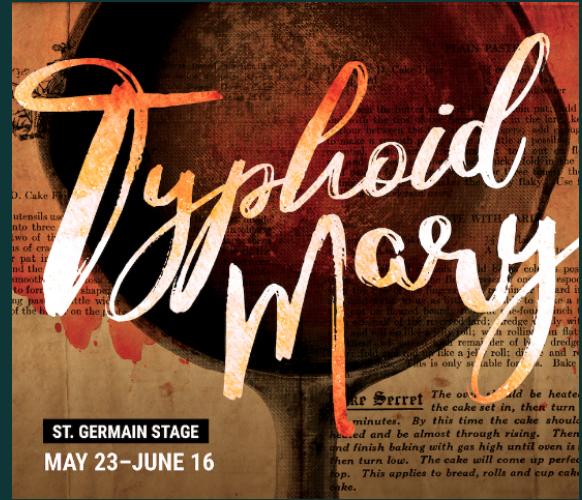 Typhoid fever, a life-threatening bacterial illness, is still fairly common throughout the world, with about 5,700 cases developing annually in the U.S. Today typhoid fever can be prevented and treated with antibiotics, but at the turn of the 20th Century, typhoid fever was often akin to a death sentence, terrifying in its rapid spread throughout households.

By the end of the 19th Century, physicians had determined that bacteria caused the disease, and they believed it was spread by contaminated drinking water. Even so, in 1900 about 20,000 Americans succumbed to typhoid fever, and the victims were often grouped in a specific location. An outbreak in the summer of 1906 struck the inhabitants of a Long Island home rented by a banker; of the four family members and seven servants, six people were infected. Public officials were at a loss in determining the cause. The owner of the house hired sanitary engineer George Soper from the New York Department of Health to investigate.

Soper learned that the cook, Mary Mallon, had started working for the family just three weeks before the first family member became ill. Three weeks, the engineer knew, was the average incubation period for typhoid fever. Soper checked the files at the domestic service agency where Mallon had been hired, and learned that Mallon had changed jobs regularly over a seven-year period. At every one of the seven homes where Mallon had worked previously, typhoid had struck.

When Soper showed up at Mallon’s home to request samples of her urine, feces, and blood, she chased him away with a sharply pronged meat fork. The Department of Health dispatched an ambulance containing three police officers, two interns, and Dr. Josephine Baker. After chasing Mallon for three hours, the team was able to drag her into the ambulance, where Dr. Baker had to sit on Mallon to control her.

Award-winning playwright Mark St. Germain has expertly fashioned a study of the woman who became infamous as Typhoid Mary, and the people who worked to contain her and the spread of typhoid. Tasha Lawrence crackles in the title role. An Irish immigrant who had little formal education, Mallon was an intelligent, literate woman who read The New York Times and had a fondness for the works of Charles Dickens. Lawrence makes Mallon’s frustration, anger, dignity, and even tenderness palpable, and she is maddeningly, wonderfully complex.

The characters orbiting around Mallon are, I assume, representations of the people and ideas, institutional and spiritual, who try mightily to rein in the threat Mallon poses. Kevin O’Rourke, as Riverside Hospital Administrator Dr. William Mills, delivers a well-honed portrayal of a man determined to do what he concurs is in the best interest of the population. As Dr. Ann Saltzer, Keri Safran’s tightly-wound physician provides a satisfying performance as a woman who has learned to harden herself during a period when female doctors were generally regarded as inferior to their male counterparts. Her prickly relationship with Mallon, and their resentment of each other, lends an enlightening dimension to the story. Miles G. Jackson’s Father Michael McKuen’s gradually weakening struggle to lend spiritual guidance and companionship to Mallon is deeply touching.

Typhoid Mary is not an easy play to watch because St. Germain has not only tackled a difficult subject, he has explored the complexity of human thought and behavior. There are no heroes or villains in this play, and the big questions about ethics are left to the audience to ponder. As Mallon says, “Doctors must despise exceptions, they keep them from being right all the time.”