REVIEW: “The Whipping Man” at Oldcastle 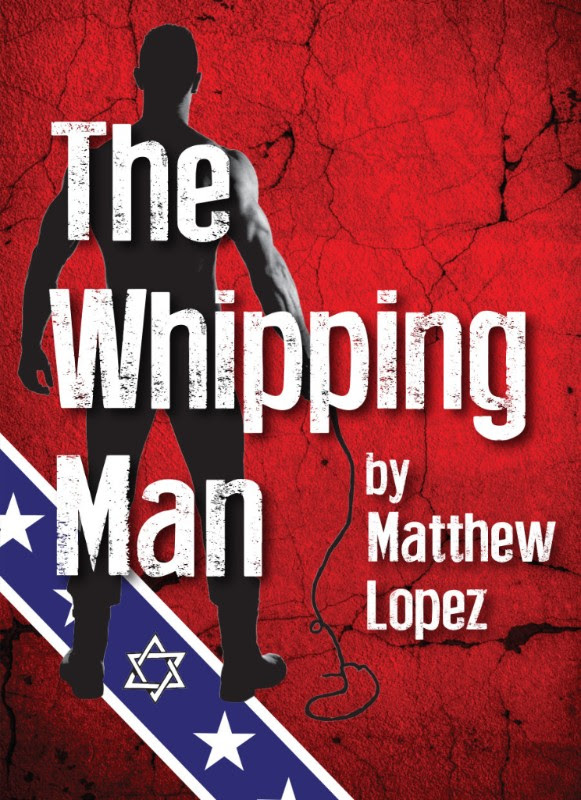 REVIEW: “The Whipping Man” at Oldcastle

In the days following the end of the Civil War, a young Confederate soldier named Caleb (Justin Pietropaolo) painfully makes his way into his once-grand Richmond family estate to find the place in ruins. Caleb, too, is in ruins: a bullet in his leg has been left untreated, and the infection has become gangrenous. He collapses and is soon discovered by another member of the household, Simon (Herb Parker), a slave formerly owned by Caleb’s family, who is waiting for his own family’s return. They are soon joined by another former family slave, John (Brandon Rubin), who bears food and wine he has ransacked from nearby houses.

Simon quickly determines that to save Caleb’s life, he and John must amputate the young man’s leg. (While this scene is certainly distressing, the audience is spared any gore; we do feel the symbolism as well as the physical and psychic pain of the surgery, which creates an important plot point.) Over the next couple of days as Caleb recovers, the three men taking shelter in this shell of a house are faced with the tasks of attempting to reestablish their relationships while exploring the significance of dependence and  independence, slavery and freedom. Another layer of complexity is soon revealed: Caleb’s family is Jewish, and the family slaves are Jews as well.

In The Whipping Man, playwright Matthew Lopez has created a gripping examination of the consequences of slavery and the real meaning of freedom in the United States of America. The play may be talky and nearly overloaded with expository dialogue, but Parker, Pietropaolo, and Rubin’s performances are fiery and feelingful, and we become transfixed by the action onstage.

As it happens, Caleb’s homecoming coincides with Passover, the Jewish festival that celebrates the exodus of Jews from Egypt, and their liberation from slavery. Simon insists that the three celebrate with a seder, the ritual feast during which the story of Exodus is read and foods symbolic of the Exodus are shared. Participants take turns reading the Haggadah (the text that describes the Exodus), and although Simon prizes the Haggadah he owns, he is unable to read. No matter: he knows enough of it by heart.

Parker’s vibrant recitation of the Haggadah, and his passionate rendition of “Go Down Moses,” which he sings during the seder, are deeply affecting. The ardor of this actor suffuses his entire performance, and he is riveting. Pietropaolo and Rubin are equally well cast and embody their roles powerfully. As two men struggling with secrets, their contrast with the big-hearted, steadfast Simon tugs at the hearts and minds of those of us watching the play unfold, and steers us to understand the necessity of confronting the bleakest chapters of American history.

Director Eric Peterson shows sensitivity and skill, moving the actors and action along at a steady pace, no small accomplishment with this prolix yet simmering script. Carl Sprague’s set design, at once wistful and brutal, captures the time, place, and history of this America very well indeed. (There is one problem that I hope he will solve: when an actor exits through an upstage door, he is in plain view of the audience when the door is closed and the actor walks through a curtain offstage.) David V. Groupé’s lighting design and Cory Wheat’s sound design conspire potently to create a menacing thunderstorm that underscores the upheaval within the play. The costumes designed by Ursula McCarty seem utterly authentic, and serve the play very well.

I found it jarring, to put it mildly, that a recording of Pete Seeger singing “We Shall Overcome” erupted as the cast appeared for their curtain call. I imagine Peterson was attempting to communicate that to this day, African-Americans in our country have not nearly achieved full civil rights; that is sadly true. But I would suggest that after sitting through two intense acts of a show that takes place in 1865, right after the Civil War, the audience is intelligent and sensitive enough to grasp the current parallels. Moreover, Pete Seeger’s version of “We Shall Overcome” is firmly grounded in the civil rights movement of the 1950s and ‘60s. Hearing it at the close of The Whipping Man robs us of our suspension of disbelief, our participation in an intimate event from 150 years ago. I think a song from that period would have served the play as well as Parker’s soul-stirring performance of “Go Down Moses” did.

As Simon declares in the play, “You lose your faith by not asking questions.” The act of questioning is a central tenet of Judaism, but the statement has a universal resonance. I would suggest that we also lose our freedom by not asking questions, and therein lies one more example of the importance of the gift Lopez has given us with this play.