REVIEW: “Working: A Musical” at the Berkshire Theatre Group 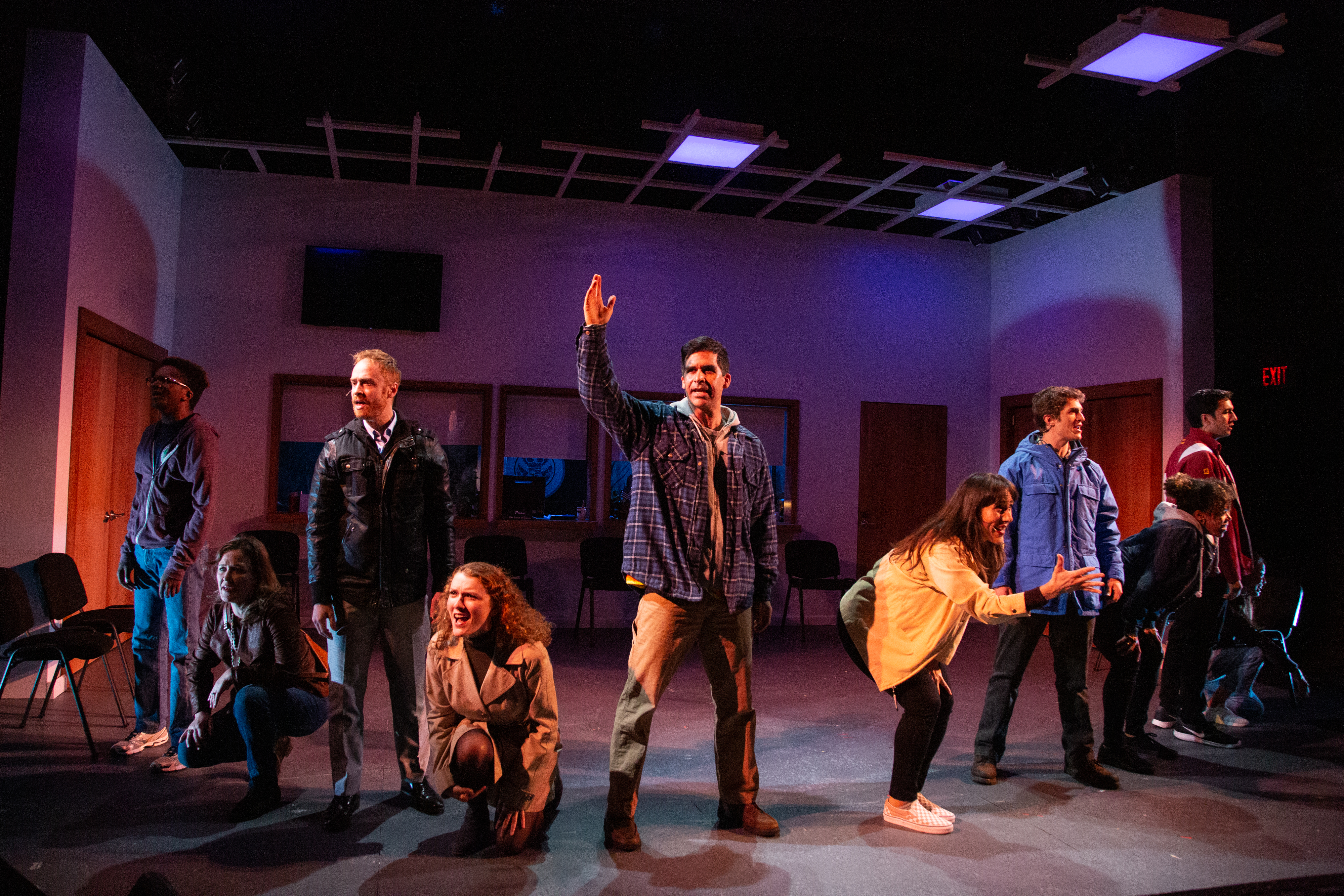 REVIEW: “Working: A Musical” at the Berkshire Theatre Group

At the risk of stating the extremely obvious: it’s 2019.

American goods are manufactured in Mexico, Vietnam, and China. Something called “Democratic Socialists” are making a political stir. The wealth gap continues to grow to obscene proportions.

I mention this not to start an argument, but because “Working,” the musical adaptation of Studs Terkel’s eponymous book, which is on stage at the Berkshire Theatre Group, sits uneasily with a current audience, or at least with this reviewer. Seeing BTG’s very energetic and appealing performance was enjoyable, and also felt at times like looking at a 3D movie without 3D glasses—you know, where the images don’t line up.

Terkel interviewed dozens of laborers of all kinds for his great tome to find out, as the subtitle put it, “What People Do All Day and How They Feel About What They Do.” In the musical, which was adapted by Stephen Schwartz (“Wicked,” “Pippin”) and Nina Faso (“Godspell,” “The Rocky Horror Picture Show”), the subjects, from waiters to firefighters, press agents to receptionists, present Terkel’s words in monologues and songs.

The songs and lyrics are from Schwartz, Gordon Greenberg, and numerous other luminaries including Lin-Manuel Miranda, Mary Rodgers (“Once Upon a Mattress” and daughter of Richard Rodgers) and Susan Birkenhead, and James Taylor.

Terkel’s book is from 1974; the musical premiered in 1977. Revisions and presumably additions were made in 2012, the version presented here. (Miranda was not yet born in 1977.) Other attempts to modernize may have been made in 2012 or by this production’s director, James Barry. For example, a hedge fund manager carries a smart phone and wrestles with e-mail; a South Asian-accented call center attendant is introduced alongside a receptionist, one of several pairings of characters. These updates help refresh the material and generate some needed laughs. But they cannot paper over the odd juxtapositions and anachronisms of the book.

The most awkward of these pairings, which exemplified the problems, placed a prostitute with a socialite/philanthropist. They both use their charms and looks to separate people from their money, I suppose, although one suspects Terkel sided with the hooker with a “heart of gold.”

Like other characters, such as the fireman, factory worker, teacher, stewardess, and stonemason, they are one-dimensional cutouts, props for Terkel’s sanctification of the working class hero or vilification of the heedless capitalist. It’s a man’s world for sure, where what you build is “Something To Point To,” as the last number goes.

The thing is, we don’t have firemen in 2019; we have firefighters. We don’t lament the miserable lot of the “Just Housewife” (even if we try to substitute “stay-at-home mom”), we go to work and fight for equal rights and equal pay, or we (men, too) make a conscious and affirmative choice to raise children; we don’t work in factories (in the number “Millwork”)—Chinese workers and robots do; UPS drivers don’t publicly fantasize about women, or at least I don’t want to know about it (“Delivery”).

And I’m not sure stonemasons still see themselves as the salt of the earth, the most satisfied laborers in the world. But hey, I could be wrong.

The evening’s most disturbing moment came in a monologue by a recently fired journalist (Deven Kolluri) who imagines taking a gun to his office. If I’m director, I cut that scene out, period. It’s 2019, folks. Have I mentioned that?

There are, thankfully, numerous exceptions in which the characters are more nuanced and individual. In the rousing number “It’s An Art,” a waitress (Katie Birenboim) gleefully embraces her exhibitionist side. Joe, a retiree superbly played by Miles Wilkie, reminisces; his caretaker and a child care worker team up for a beautiful duo, “A Very Good Day.” In “Cleanin’ Women,” domestic workers with mops do a lively song and dance tinged with sadness, as one of them (the amazing Erica Dorfler) wishes to see her daughter escape the life she leads.

Other numbers, even if not quite as believable, are merely enjoyable, such as “Millwork,” which uses the motions of the workers manufacturing luggage to create an intricate dance. “Brother Trucker” is, predictably, a celebration of the open road, performed vivaciously with Tim Jones in the lead.

The top-notch cast brought its A game. Doffler, who has been on Broadway in “Natasha, Pierre and the Great Comet of 1812,” among others, scored a knockout. Farah Alvin, who portrayed a teacher and the housewife, had a memorably strong and rich voice. Birenboim glittered as the waitress. Kolluri gave depth to his portrayals. After a bit of a rough start, Barry kept the show moving briskly, and the musical accompaniment led by Casey Reed was on point.

At nearly two hours, the show needed an intermission. I would humbly suggest the company consider having one. With a show that is essentially plotless, the pacing of characters, musical numbers, and monologues starts to get a bit monotonous. Breaking it up would do it good.

Working: A Musical, from the book by Studs Terkel, adapted by Stephen Schwartz and Nina Faso, runs in the Unicorn Theatre at Berkshire Theatre Group in Stockbridge, Mass., through August 24. Running time: one hour and fifty minutes.