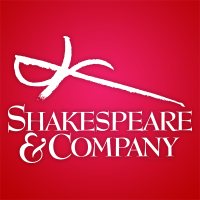 (Lenox, MA) – Shakespeare & Company is delighted to announce its Shakespeare lineup for the 2020 summer season. Under the direction of Artistic Director Allyn Burrows and Managing Director Adam Davis, the season will include three Shakespeare plays: King Lear directed by Nicole Ricciardi featuring the Drama Desk and Emmy Award-winning actor Christopher Lloyd (Taxi, Back to the Future trilogy) in the title role, Much Ado About Nothing directed by Kelly Galvin, and The Comedy of Errors directed by Michael F. Toomey. Season FLEXpasses are now on sale. Additionally, the Company has announced their annual Summer Gala will be held on Saturday, June 27th.

“We’re very excited to unveil our Shakespeare titles for our 2020 Season,” said Burrows. “King Lear is a powerful, resonant, thought-provoking epic, and with Christopher Lloyd at the center of the piece, we’re very much looking forward to the journey into this story for the ages. Nicole Ricciardi has directed beautifully for us these past few years and we’re eager to see what she brings to this play in this space. Much Ado About Nothing is a great fit for our Roman Garden Theatre, full of love and laughs at sunset, and Kelly Galvin is sure to make the most of it. Michael Toomey will direct The Comedy of Errors on the Dell at the Mount and look out because that’s going to be a whole lot of fun.”

King Lear will be presented in the Tina Packer Playhouse, directed by Ricciardi who recently helmed the Company’s productions of Time Stands Still, Creditors, and 4000 Miles. One of Shakespeare’s most powerful tragedies, the play centers around a proud and aging King Lear (Christopher Lloyd) who decides to divide his kingdom between his three daughters, and misjudging their loyalty, soon finds himself forced from his position of power. King Lear will run on the Company’s mainstage from June 28 to August 2.

“I’m thrilled to return to Shakespeare & Company to direct King Lear,” said Ricciardi. “Shakespeare’s play offers a challenging, profound, and, I believe, unparalleled exploration of what it means to be human. It encompasses every stratum of society, from King to pauper, and a vast scope of human emotion. I suspect that the play’s examination of power, loyalty, and justice might find echoes in our current socio-political landscape. Above all, I can’t wait to see what Christopher Lloyd breathes into Lear — I expect that he will play the role in a way we’ve never seen before.”

Outdoors in The Roman Garden Theatre, Much Ado About Nothing will be performed at dusk from August 11 to September 6. With this production, Galvin makes her mainstage directing debut after spending two seasons working at The Dell at The Mount, where most recently she directed The Taming of the Shrew. The intimate garden theatre is the perfect venue for this romantic comedy where magnetic connections can’t be denied for long, and razor-sharp repartee catch lovers off guard.

“For me, Much Ado is a celebration of love,” said Galvin. “It’s a joyful exploration of what it takes to truly see another person, and to allow ourselves to be seen. Shakespeare pulls out all the stops, with witty repartee, physical comedy, music, dance, misdirection, and mistaken identities—and two of his most entertaining characters, Beatrice and Benedick, whose wit and vulnerability make us laugh—and remind us what it means to fall in love and entrust our hearts to someone else.”

The Company will also present a 90-minute family-friendly production of The Comedy of Errors outdoors in the Dell at The Mount, Edith Wharton’s Home. Directed by Education Artist and Company member Toomey, the production will run July 7 – August 8.

“Assume Nothing! The Comedy of Errors lives in a world where assumption collides with coincidence,” said Director Michael F. Toomey. “In what is assumed to be one of Shakespeare’s first comedies, this young writer gives free reign to the ridiculousness of humanity. This story has the energy of a circus, attempts the impossible, and asks the question ‘when will the next mistake be made?’ I look forward to creating an ensemble where the actors can work in a highly physical and athletic way. Our production will attempt the seemly impossible as we explore themes of identity and the many foils of humanity.”

King Lear is generously sponsored by Deborah and Bill Ryan.

“I had rather hear my dog bark at a crow, than a man swear he loves me.” —Beatrice, Much Ado About Nothing

Beatrice and Benedick can’t stand each other, or so they would have everyone believe. Those who know them know better, and hatch an hysterical plot to have the true feelings of these reluctant lovers revealed. At the same time, Benedick’s friend Claudio finds himself falling hopelessly under the spell of the governor’s daughter Hero, only to have their young love tested by an act of treachery. It’s the foolish constable Dogberry and his bumbling band of peacekeepers to the rescue, or so we hope! The outdoor Roman Garden Theatre is the perfect venue for this joyful affair of love full of witty repartee, slapstick antics, music, and dance.

The Comedy of Errors
By William Shakespeare
Directed by Michael F. Toomey
July 7 – August 8
The Dell at the Mount, Edith Wharton’s Home (Outdoors)

“How many fond fools serve mad jealousy!” ―The Comedy of Errors

Shakespeare & Company will once again offer a 40% discount to full-time, year-round Berkshire County residents (excludes Saturday nights, opening nights, and previews). The Company also continues its commit to the EBT Card to Culture Program, offering a $5 performance ticket to all EBT Cardholders. The discounted tickets can be reserved over the phone, online, and in person at the Box Office. Cardholders will be required to show their card at the Box Office when picking up tickets, and processing fees will also be waived.

The Tina Packer Playhouse, Roman Garden Theatre, and the Elayne P. Bernstein Theatre are wheelchair accessible. For more information on our summer performance season, or our year round programming, call the Box Office at (413) 637-3353 or visit www.shakespeare.org.

The Company’s winter season is currently underway, with the Fall Festival of Shakespeare in full swing and performances running November 21-24. Next month the Company presents a costumed reading of Sense and Sensibility playing December 14 – 15, followed by a Winter Studio Festival of emerging and established playwrights January 18 – 19.

About Christopher Lloyd
Christopher Lloyd began his career in theatre.  He has appeared in over two hundred plays including on and off Broadway, regional and summer stock productions. For his title role in KASPAR he took home an Obie and Drama Desk award. Christopher starred in the Tony Award winning Broadway production of MORNING’S AT SEVEN, directed by Dan Sullivan, as well as TWELFTH NIGHT in NY Festival’s Shakespeare in the Park, Center Stage’s WAITING FOR GODOT, as Dalton Trumbo in the New York production of TRUMBO and CAUCASIAN CHALK CIRCLE at Classic Stage Company with Brian Kulick directing. In 1975 Lloyd began his film career in ONE FLEW OVER THE CUCKOO’S NEST.  This was soon followed by a two year run as Jim Ignatowski on the television series TAXI, for which Lloyd won two of his three Emmys. In 1992 Lloyd made Emmy history when he won Best Dramatic Actor  for Disney’s ROAD TO AVONLEA.  In a category dominated by series regulars, Lloyd was the first actor to win for a guest appearance.  The following year, the rules were changed to include a Guest Appearance category. Lloyd has appeared in over ninety film and television productions including the BACK TO THE FUTURE trilogy, THINGS TO DO IN DENVER WHEN YOU’RE DEAD, EIGHT MEN OUT, ADDAMS FAMILY and ADDAMS FAMILY VALUES, BBC’s DEAD AHEAD: EXXON VALDEZ DISASTER, THE PAGEMASTER, DENNIS THE MENACE, ADVENTURES OF BUCKAROO BANZAI, TRACK 29, CLUE, THE DREAM TEAM, ANGELS IN THE OUTFIELD,  STAR TREK III, GOIN’ SOUTH, WHO FRAMED ROGER RABBIT, MY FAVORITE MARTIAN, TALES OF DESPEREAUX, SNOWMEN, and Mike Nichols’ HBO adaptation of WIT, starring Emma Thompson. Christopher was nominated for a BIFA award for his work in the independent feature, I AM NOT A SERIAL KILLER. Lloyd won an Independent Spirit Award for his chilly depiction as a soulless murderer in TWENTY BUCKS.

About Kelly Galvin
Kelly has worked as a director, teacher, and actor with Shakespeare & Company since 2008. Most recently with S&Co she directed The Taming of the Shrew, Love’s Labor’s Lost, and served on the faculty of the Shakespeare & Young Company Summer Conservatory. She served as Artistic Associate for WAM Theatre from 2012-2014, where she directed The Last Wife and produced the inaugural Fresh Takes Reading Series. She has also directed for the Gloucester Stage Company, Boston Playwrights’ Theatre, The Theater at Woodshill, Great Barrington Public Theater, and the Boston University School of Theatre. She has assisted for The Guthrie, Orlando Shakespeare, and Asolo Repertory Theatre, where she received a Directing Fellowship, and completed Directing Internships with Arena Stage and the Huntington. Kelly is the director of the rig, a performance group that brings live theater to audiences with limited access to professional theater. She holds an MFA from Boston University and a BA from Wellesley College.

About Michael F. Toomey
Michael has been a member of S&Co since 1998. He is the Co-Artistic Director of The Humanist Project and a founding member of Split Knuckle Theatre. He has directed, devised or choreographed many shows including Titus Andronicus, Julius Caesar and Alice In Wonderland. He is a co-creator of many new works such as Split Knuckle Theatre’s Endurance and The Pearl both of which toured internationally. Michael has performed throughout the world as an actor and clown. Selected roles S&Co Howard Fine (The Waverly Gallery), Puck (Midsummer), Poet (An Iliad), Bassinet (Ladies Man), Walter (Split Knuckle’s Endurance). Michael works at the American Academy of Dramatic Arts, Directing and teaching Clown, Shakespeare and Fight. He is a well known Clown teacher for professional performers throughout the country. Michael has studied clown with Philippe Gaulier and LISPA (London International School of Performing Arts). He holds an MFA in Lecoq-based actor created theatre from Naropa University. Michael lives in Brooklyn with his wife Sarah and son August. www.michaelftoomey.com