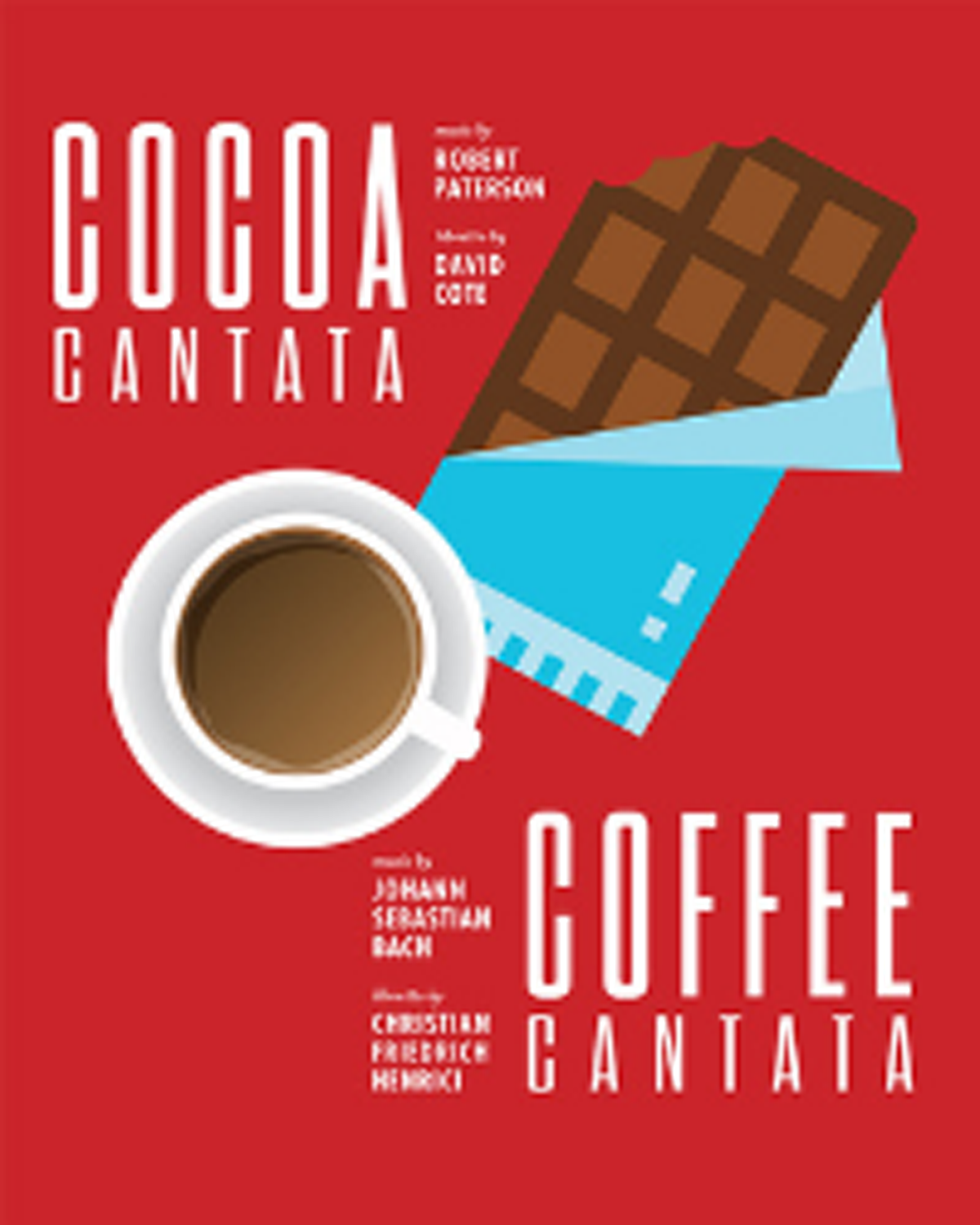 “Cocoa Cantata” is a mini-drama with sparkling roles for soprano, baritone, and bass-baritone, exploring power and ethics in the multi-billion-dollar chocolate industry, using Bach’s instrumentation. “Cocoa Cantata” is delicious to anyone who loves chocolate—or tries to control their craving for it!

Also on the program is a contemporary adaptation of J.S. Bach’s “Coffee Cantata” (c. 1734). More than just an English version of the German libretto by Christian Friedrich Henrici, this new work aims for a “fresh-brewed” vision of the father-daughter conflict over java. Cote’s new libretto retains the essential plot: a frustrated father tries to convince his coffee-chugging daughter to forsake the bean. When the father dangles marriage as a bargaining tool, they reach a decaffeinated détente.

Just as cappuccino and bonbons go together nicely, the cantatas will make for a highly stimulating evening of witty words and beautiful music.