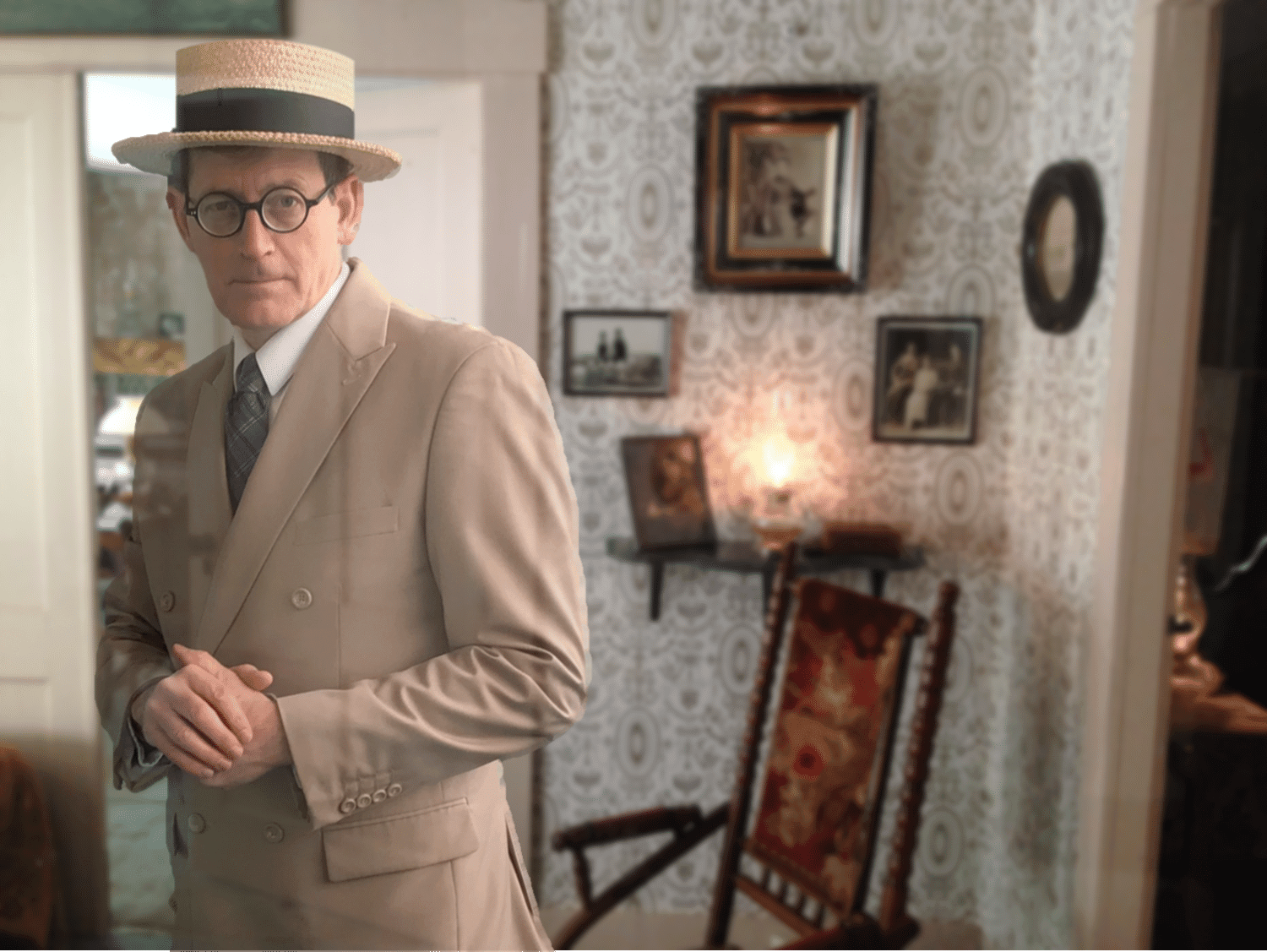 “Calvin Coolidge: Vermont is a State I Love”

In September 1928, President Coolidge delivered an eloquent impromptu speech after touring Vermont by train to see the recovery efforts following the devastating floods from the previous year. In honor of its 90th anniversary, living history performer Tracy Messer produced this original first-person portrayal of our 30th President of the United States to relate how the world came to know the “brave little state of Vermont.”

Tracy Messer, a living history performer from Peterborough, New Hampshire, first portrayed Calvin Coolidge in the spring of 2017. Tracy was born and raised in the Washington, DC area where his maternal grandfather worked for the United States Department of Agriculture, starting with the Coolidge administration.  When his mother was a little girl, she joined in the annual Easter celebrations on the White House lawn where President and Mrs. Coolidge welcomed the children. Meanwhile, his father was born in greater Boston right about the time Calvin Coolidge was about to become Governor of the State of Massachusetts. When asked, “Why did you choose to become the next 30th President of the United States?” Tracy replies, “I was born to play this role!”

This program will be presented live via Zoom.