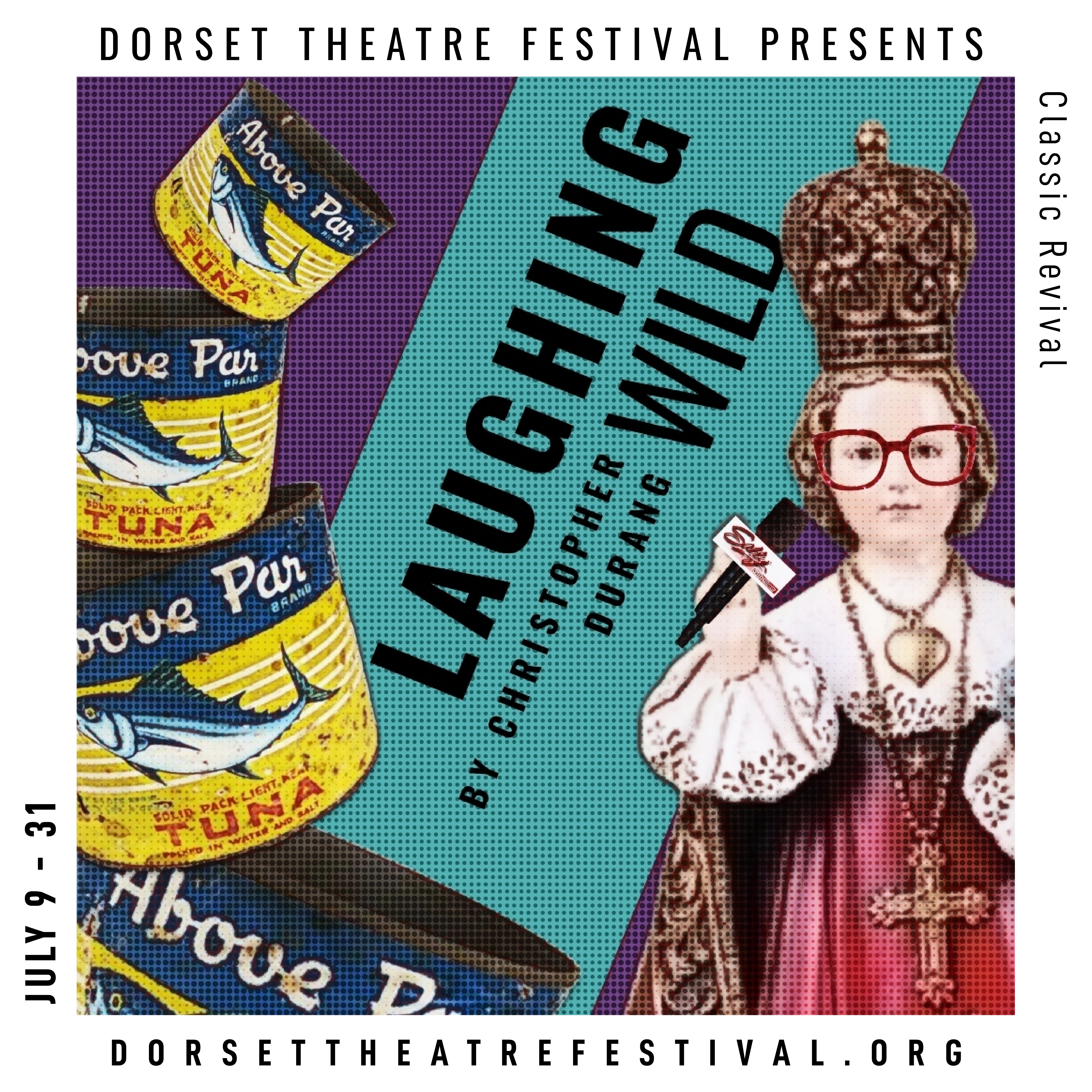 The Festival’s 2021 comeback season will begin with the hilarious blast-from-the-1980s comedy Laughing Wild by Christopher Durang, whom the New Yorker called “one of the funniest men in the world.” The play, in three parts, stars a man and a woman struggling to cope with life in modern America. Over the course of two monologues and a chance meeting inside of a dream, the characters take on everything from the supermarket to nuclear waste to their own frenetic psyches.

“The play’s title refers to a line in Samuel Beckett’s Happy Days, ‘laughing wild amidst severest woe,’” said Dina Janis, Dorset’s artistic director. “It seems to me we have all just lived through a time of severest woe, and perhaps it’s time to laugh wildly together,” Janis said.

Christopher Durang is a playwright, satirist, and performer whose Vanya and Sonia and Masha and Spike won the 2013 Tony Award for Best Play. Durang’s plays also include A History of the American Film (Tony nomination, Best Book of a Musical, 1978), The Actor’s Nightmare, Sister Mary Ignatius Explains It All For You (Obie Award), Beyond Therapy (on Broadway in 1982 with Dianne Wiest and John Lithgow), Baby with the Bathwater (Playwrights Horizons, 1983), The Marriage of Bette and Boo (Public Theatre, 1985; Obie Award, Dramatists Guild Hull Warriner Award), Laughing Wild (Playwrights Horizons, 1987), Durang/Durang (an evening of six plays at Manhattan Theatre Club, 1994, including the Tennessee Williams’ parody, For Whom the Southern Belle Tolls), Sex and Longing (Lincoln Center Theatre production at the Cort Theatre, 1996, starring Sigourney Weaver), and Betty’s Summer Vacation (Playwrights Horizons, 1999; Obie award).

Laughing Wild will begin at 8:00 PM on Tuesdays, Wednesdays, Fridays, Saturdays, and Sundays beginning July 9 at Southern Vermont Arts Center in Manchester, which is also home to art galleries, the Manchester Music Festival, and the new CurATE Cafe.

“With all the beautiful galleries and the wonderful programming our friends at Southern Vermont Arts Center have planned, we are really encouraging people to come for the day and stay for the play,” said Janis. The Festival began collaborating with SVAC in late 2020 in order to make the outdoor theater a reality.

Dorset will offer on-demand streaming versions of both of this year’s main stage plays, which will also be available as an option for patrons who are unable to reschedule if they miss a performance due to weather conditions. The next play of the season, Queen of the Night by travis tate, will open August 10. Tickets for the outdoor season are on sale now at dorsettheatrefestival.org.

The outdoor main stage season is sponsored by Church Street Hospitality, and support for Dorset Theatre Festival’s 44th season is provided by the Rodgers Family Foundation, the Shubert Foundation, the Harold and Mimi Steinberg Charitable Trust, the National Endowment for the Arts, the Vermont Arts Council, and members of the Dorset Theatre Festival World Premiere Circle.