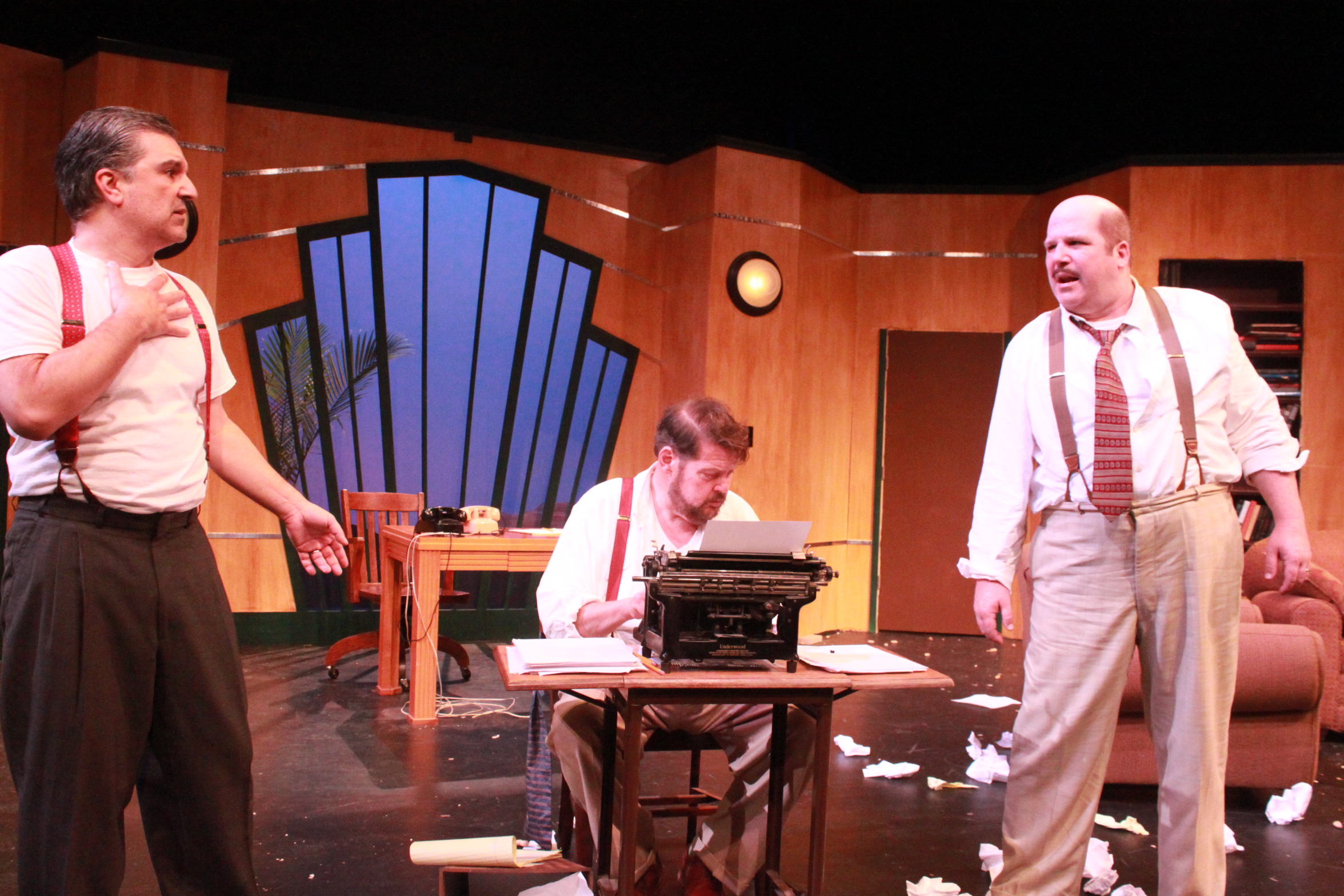 Oldcastle Theatre Company has been in three different theatres in Bennington, Vermont, during its 49 year history, but Nathan Stith is only its second Artistic Director. Here’s what he has in store for his first full season at the helm.

Berkshire on Stage: You have been associated with Oldcastle for many years. Can you give us a bit of your history with the company?

Nathan Stith: My first show was Bells Are Ringing at the old Arts Center in 1998.  I also appeared in Company, The Man Who Came to Dinner, and Forever Plaid, among many others.  I also met my wife at Oldcastle, in the summer of 2001.  She was working as an assistant stage manager and I was the company manager and working on several shows.  Since the move to the downtown location I appeared in Moonlight & Magnolias and directed 39 Steps, The Almost True and Truly Remarkable Story of Israel Potter, and the 2019 production of Brighton Beach Memoirs.

BoS: It is daunting to step into the shoes of a Founding Artistic Director. What appealed to you about this challenge?

NS:  What most appealed to me is my love for Oldcastle and Bennington; it has always had a very special place in my heart for a number of reasons.  I think the work that Eric Peterson did over the past 49 years has been truly remarkable, and I believe fervently in the importance of live theatre for a community like Bennington.

BoS: Over the past decade the facility where Oldcastle currently performs, the Bennington Performing Arts Center (BPAC) has been developing its own identity and programming. Explain a bit how you collaborate as two separate non-profit entities in one space.

NS: We began a period of transition in February 2020 with a new BPAC Executive Director, Jennifer Jasper, and me as the new Artistic Director of Oldcastle.  One of the things we’re trying to do is to help clarify to the public what is Bennington Performing Arts Center (BPAC) and what is Oldcastle Theatre Company.  BPAC is the building.  It houses two theatre companies – the professional company Oldcastle Theatre Company and the community theatre company, Bennington Community Theatre.  BPAC also does arts programming throughout the year including a music series, community programming, and education programming.  Oldcastle is a professional theatre company with a summer season.

BoS: It is wonderful to have live theatre happening in the region this summer. Tell us about the Oldcastle 2021 season.

NS: We are very excited to be back to live professional theatre in downtown Bennington! Our season begins July 9 with VISITING MR. GREEN by Jeff Baron.  The show runs July 9-18.  It’s a feel good comedy about two men who initially can’t stand each other but grow to care deeply about each other.  Ultimately, it’s a show about the importance of human connection, something we’ve all been missing lately.

The second show runs August 6-15.  It is SHAKESPEARE’S WILL by Canadian playwright Vern Thiessen.  It is a one-woman show about the wife of William Shakespeare, Anne Hathaway.  It is a touching and powerful story about her life, her deep love for her husband and the struggles of raising her family with a (mostly) absent father.  It is funny, and moving, and beautifully written.

The final show of our season runs September 3-12.  THE TURN OF THE SCREW by Jeffrey Hatcher, adapted from the story by Henry James.  James’ story of a young Victorian era governess who is haunted by ghosts is one of the most loved stories in the English language.  This highly theatrical adaptation casts one actor as the governess and one actor as all the other characters.  It is a play about the power of the human imagination and it asks the audience to use their own imaginations, something that theatre does better than any other medium.

The production is directed by Jillian Armenante, who some may know primarily as a television and film actress, with regular roles on BETTER CALL SAUL, FRESH OFF THE BOAT, as well as Donna Kozlowski on JUDGING AMY.  She’s returning to her theatrical roots to direct this piece and we are very happy to have her and to introduce her to our audiences.

Tickets for all seats this season are $25. Audience members must wear a mask while in the building. Please be prepared to show proof of vaccination if you’ve been vaccinated.

BoS: Looking toward the future, what are your short and long term goals for Oldcastle?

NS: Our goal this year is to welcome people back after a very challenging year.  We have chosen a season that celebrates the things that theatre does best, and we are so excited to share these shows with our audiences.  In the long term, we have a number of exciting things in the works.  We are looking for funding to start a playwright’s residency, where a playwright will come to Oldcastle to workshop a new play with actors, then return the following year for a fully produced production of the play.  We think this is a great way to get audiences excited about new works.  We are exploring collaborations with other companies throughout the country and we are looking into the possibility of hosting a festival of solo works.  In the coming years, we also hope to expand our season to five shows, including a holiday show as well as more musical theatre.