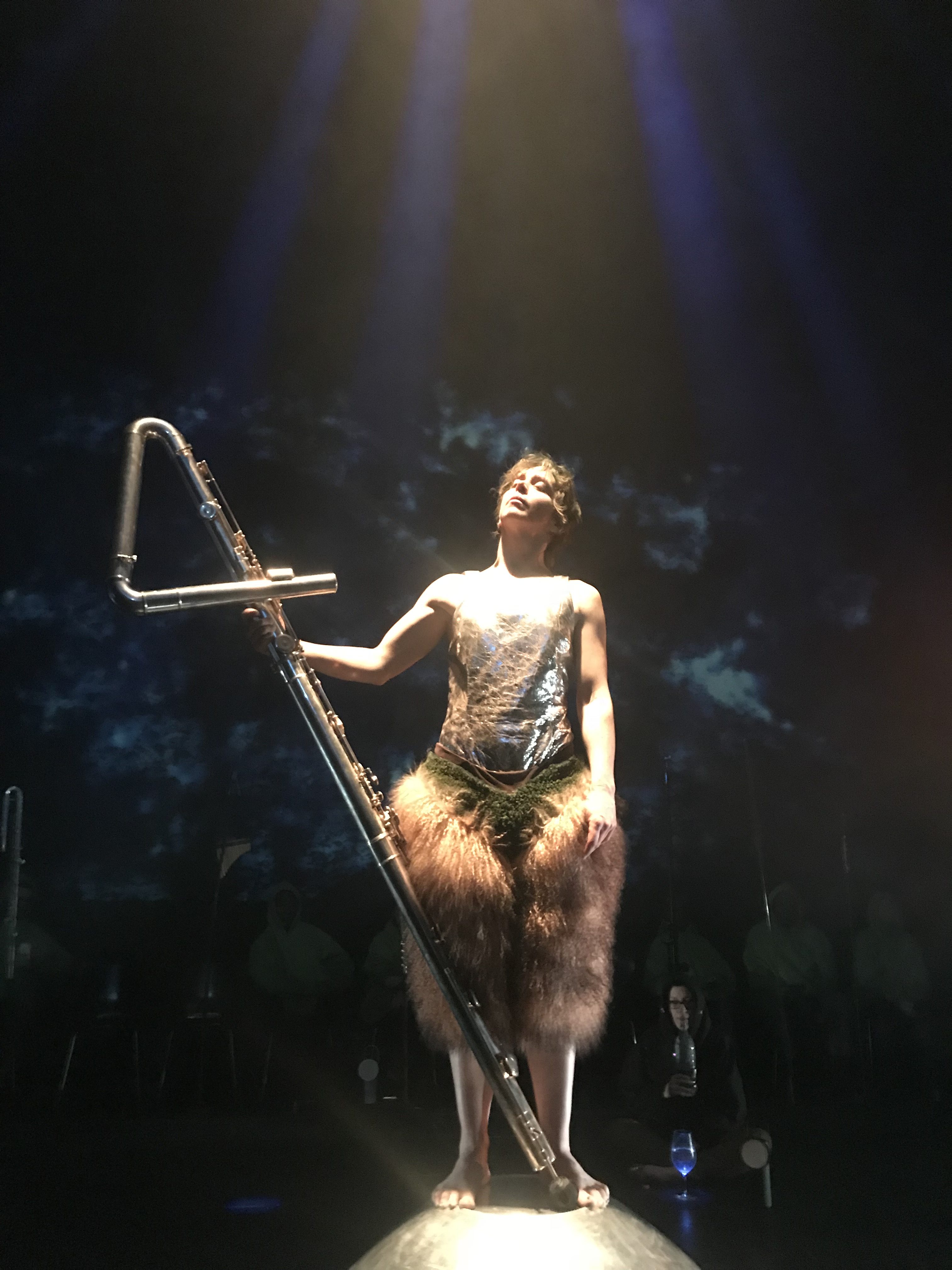 Pan, seven tableaux exploring the life of the demigod, marshals myth to explore the tensions of today’s world.

Pan is an evening-length piece for flute, live electronics, and an ensemble of community performers directed by Doug Fitch. It tells the story of the mythological goat-god Pan, one of only two Greek deities said to have been put to death, in a series of staged episodes exploring the contradictions and betrayals in Pan’s relationships. Members of the chorus, who will rehearse with Fitch and Chase, lament Pan’s death in chant and with handheld instruments, including ocarinas, triangles, and bamboo chimes.

MacArthur Fellow and flutist Claire Chase is a young arts entrepreneur and flutist who is forging a new model for the commissioning, recording, and live performance of contemporary classical music. As artistic director of the International Contemporary Ensemble (ICE), which she co-founded in 2001, Chase has assembled a cadre of approximately thirty conservatory-trained musicians devoted to advancing new music and playing an expansive repertoire and range of styles.