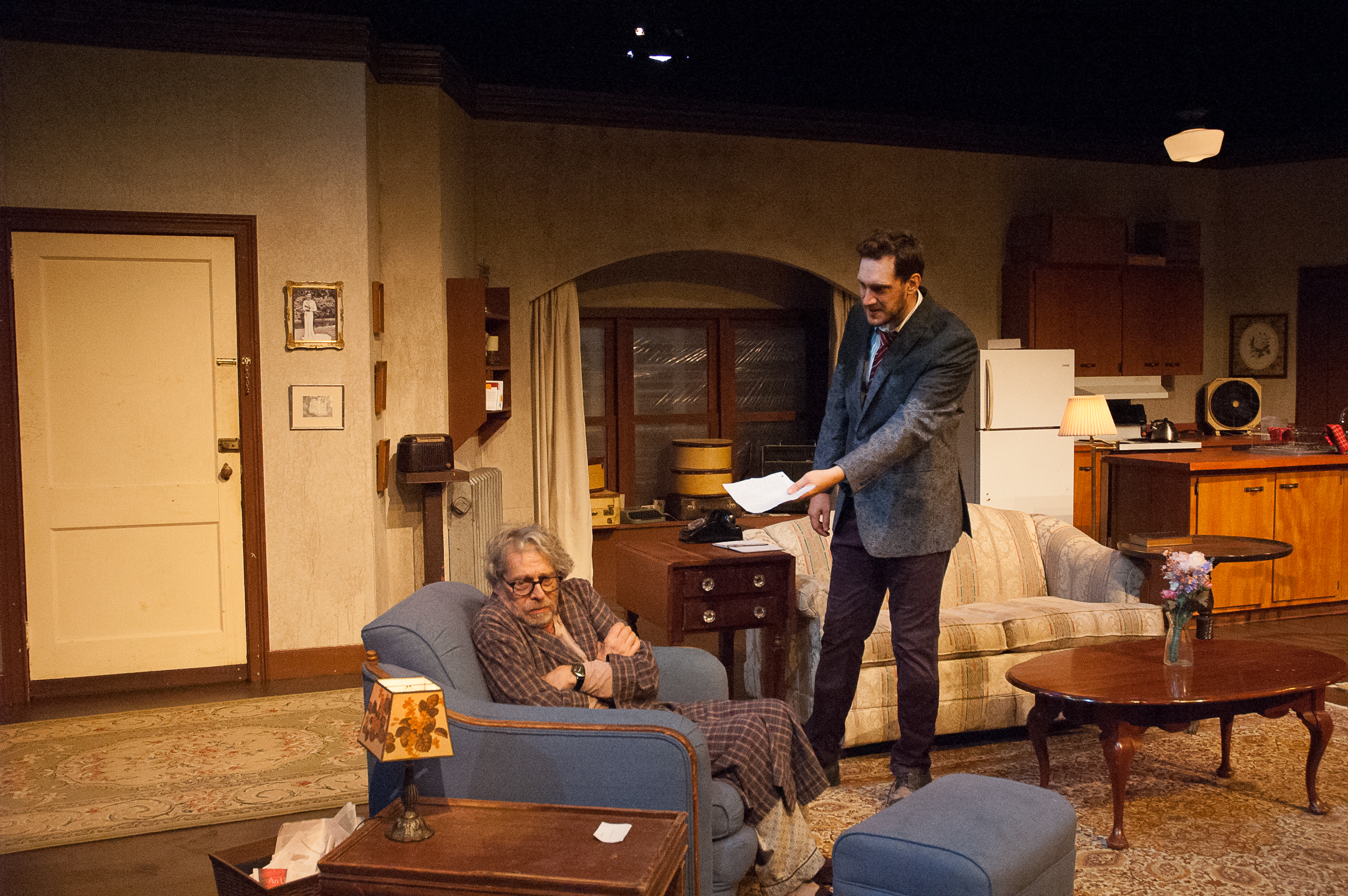 In Visiting Mr. Green by Jeff Baron, which opens Oldcastle Theatre Company’s 2021 season, 86-year-old widower Mr. Green is nearly hit by a vehicle driven by young businessman Ross Gardiner, who is ordered by a judge to make weekly visits to Mr. Green for six months as a form of community service. What seems in the beginning to be a lighthearted comedy about two people who don’t much like each other takes a turn for the dramatic as long-held family secrets come to the surface and the two start to care about one another.

Richard Howe’s Mr. Green was wonderful to watch as he transformed from lonely and surly to accepting and open-minded. Dean Linnard’s Ross was a little stiff in the beginning but warmed up quickly as the story progressed and was much more expressive during the emotional turbulence of Act Two.

I won’t reveal the aforementioned family secrets out of respect for those who prefer to be surprised, but know that they are not small and left me with lots of empathy for two characters I didn’t like much at the beginning of the play. Bring tissues: You will need them toward the end.