REVIEW: Agatha Christie’s “The Stranger” at The Theater Barn 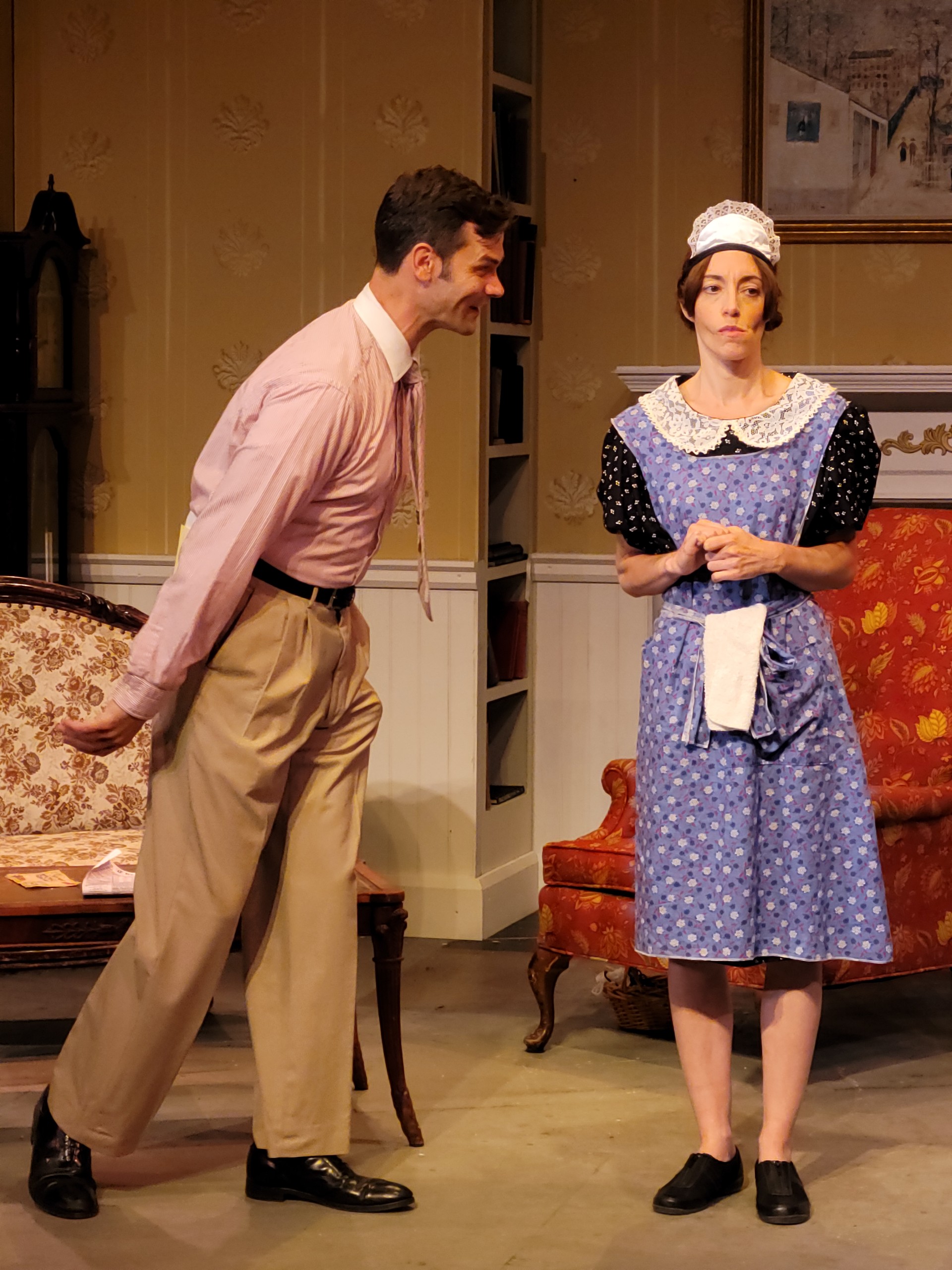 REVIEW: Agatha Christie’s “The Stranger” at The Theater Barn

The Theater Barn’s annual Agatha Christie play is something I always look forward to, and this year’s offering of an early work called “The Stranger” is especially interesting, as it allows one to see the beginnings of plot devices that define Christie’s later style.

The play centers around Enid Bradshaw (played by Sasha Conley), who breaks her seven-year engagement to Dick Lane (Stephen Heskett) in favor of marrying the charming Gerald Strange (Matthew Tyler), whom she had known for a mere afternoon. The two move to a cottage in the country in Act Two, and it is then that we get a sense of Gerald’s true character. Things are not always what they seem, of course, and a well-placed red herring plus Enid’s fascination with Scheherazade and “One Thousand and One Nights” add key elements to the plot.

Cara Moretto’s transformation from upper middle-class Doris to dour housemaid Mrs. Birch was so convincing that it took me a moment to realize that both roles were played by the same actress. As Gerald, Matthew Tyler’s facial expressions and the way he carried himself as the second act progressed were very interesting to watch.

I felt that the end of the play brought forth a few extra questions, and I appreciated the fact that I was left a bit unsettled. It was fascinating to see an early Christie piece, and also to watch the very human “gray area” of the characters as distinguished by director John Trainor.