“To Bee or Not to Bee”: Popular Pollinator-themed Performance for All Ages Buzzes into Springfield and Westhampton 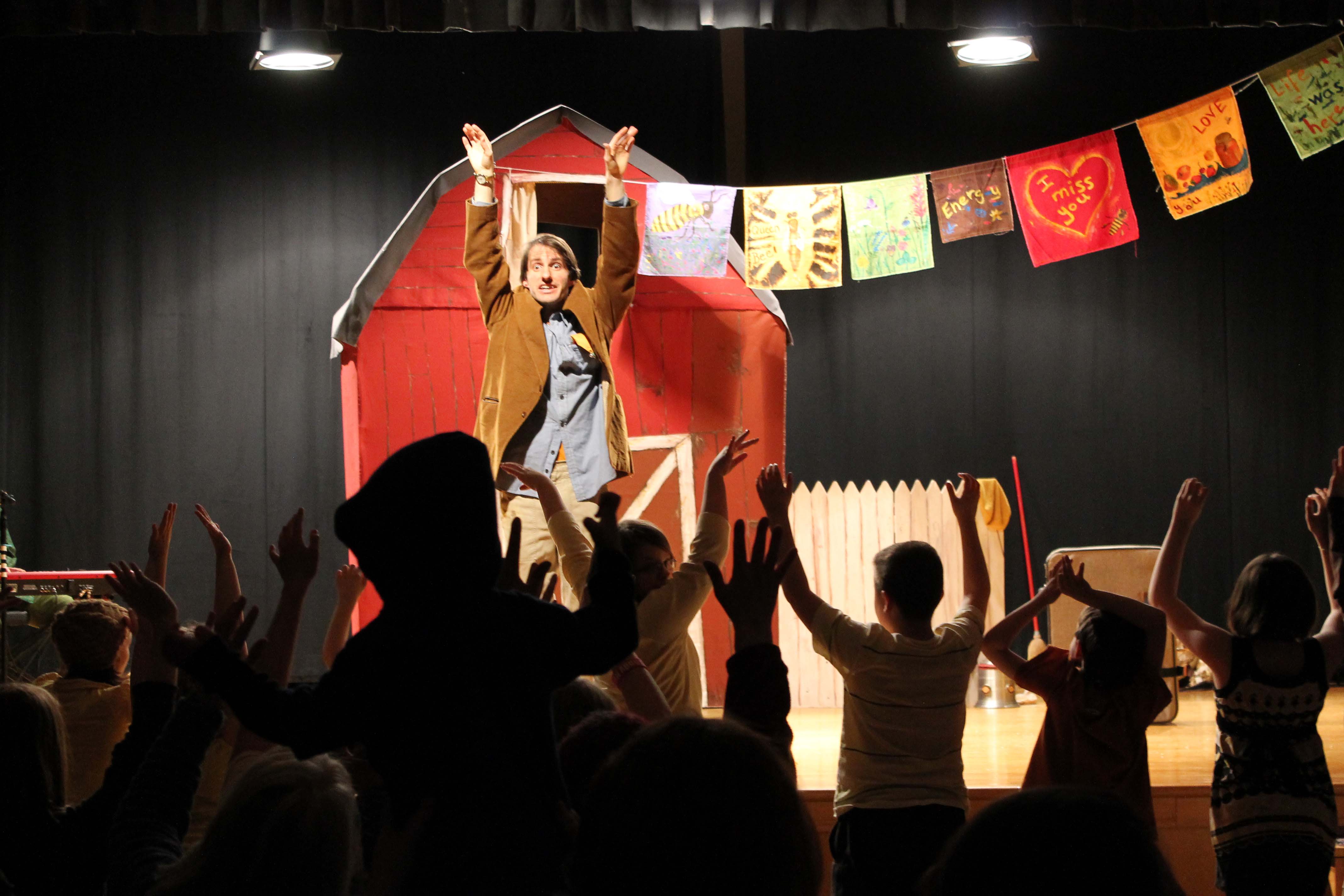 “To Bee or Not to Bee”: Popular Pollinator-themed Performance for All Ages Buzzes into Springfield and Westhampton

“… guileless storytelling and sweet slapstick to charm an audience of any age. They utilize puppetry, clowning, juggling, song, movement and audience participation to teach and entertain their charges…” – Boston Arts Review.

Piti Theatre Company, based in Shelburne Falls, is bringing their award winning all ages musical To Bee or Not to Bee to Springfield Libraries’ East Forest Park Branch, 136 Surrey Road on Saturday, August 28 at 11 am. This is a free event. To Bee tells Farmer James’ comic, tragic and hopeful story complete with puppets, clowning, live music and plenty of audience participation. The performance is designed for ages 4 and up and is 45 minutes long. To Bee has been touring in Europe and North America since 2012.

The show’s next in-person performance will be another free outdoor event hosted by the Kestrel Land Trust on Saturday, September 11 at 3:30 pm at the Greenberg Family Conservation Area in Westhampton. Seating is limited and reservations are recommended. Visit kestreltrust.org to reserve your tickets.

These tour dates are supported in part by grants from the Colrain, Hawlemont and Westfield cultural councils, local agencies supported by the Massachusetts Cultural Council, a state agency. The premiere of the troupe’s new virtual version of the show wrapped up on August 22nd at the Toronto Fringe Festival and now presenters and schools around the world will be able to schedule live streams of the show followed by zoom-based beekeeper/creator talkbacks (yes, the performers are also beekeepers). Touring and the live streaming version are also made possible in part by the New England Foundation for the Arts Resilience Fund and the New England States Touring Program.

Why To Bee or Not to Bee?

In 2006-2007, U.S. beekeepers lost 50% of their bees. In the years since, beekeepers around the world have continued to struggle with 30 – 40% annual losses resulting from factors including pesticide use, loss of habitat, the proliferation of wireless radiation and industrial beekeeping practices. Meanwhile native bee species are simultaneously disappearing.

Piti Theatre’s response is the creation of To Bee or Not to Bee – a new play with music that inspires wonder and curiosity about honeybees and by extension the natural world. The show raises awareness about the honeybee’s plight and gives children and adults tools for helping bees thrive in their communities.

To Bee tells the tale of a farmer-beekeeper named James who gradually replaces his diverse crops with corn in order to fill a growing corporate demand for corn bi-products. The action opens with the audience protesting in front of Farmer James’ barn chanting “There’s no good food, we’re in a bad mood.” Only after James recounts his tale with music and puppets to appease the angry mob does he realize, with the help of his friend the Piano Lady, that by getting some advice (and bees!) from a wise woman beekeeper about reviving his land will his bees again be able to thrive. Children are invited onstage to help James re-transform his farm at the end of the show. The performance connects to a real world grassroots campaign launched in called 10% For the Bees which encourages replanting of 10% of lawns with bee friendly habitat and transitioning to organic lawn care methods.