An Interview with Robin Frome, Director of “A Doll’s House” in Cornwall, CT 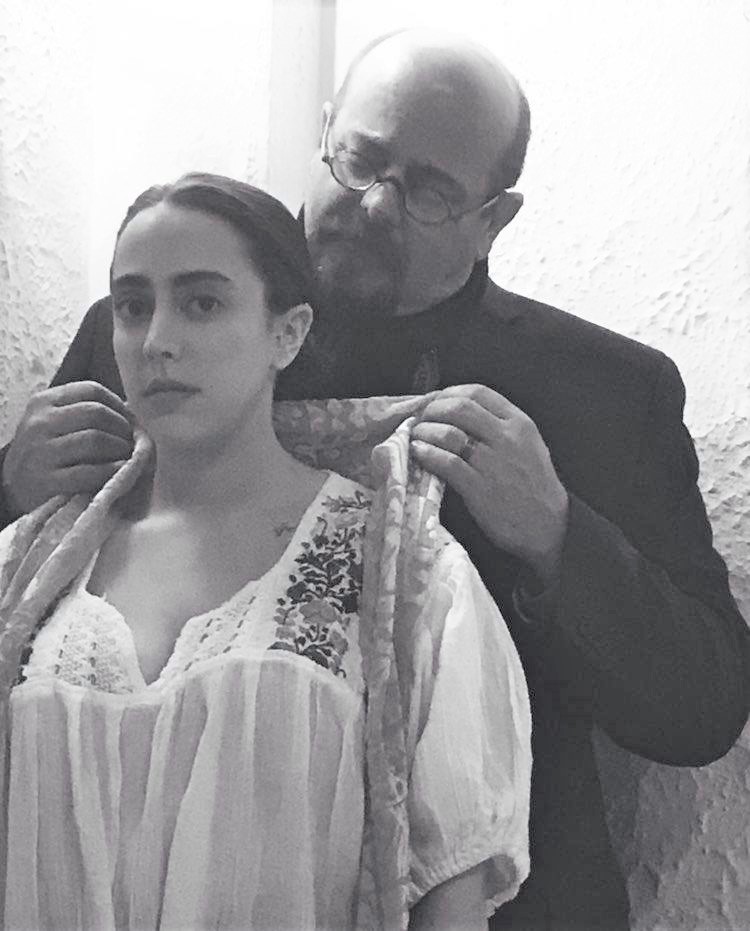 An Interview with Robin Frome, Director of “A Doll’s House” in Cornwall, CT

Gail M. Burns: Why did you choose “A Doll’s House”? What do you think it has to say to actors and audiences today?

Robin Frome: I chose A Doll’s House (or better known, as a master class entitled, “Building A Doll’s House”) because during this past winter of the pandemic I was thinking about a zoom production that may be transferred over easily to a ‘live’ performance once (as promised) the vaccine was made available and Broadway was set to to open it’s doors in the Fall.  I felt that this play would lend itself easily to fit that process: small cast, simple set, individual 2 character scenes, costuming done simply with no changes, no props challenges or scene changes.  I thought this would be an interesting way to attack the script and performance with virtual zoom character analysis with actors, several table reads a week, recorded conversations with professional Ibsen dramaturges, directors and actors from coast to coast.  We are now (August) easing into safe in person rehearsals at different actors’ houses to get our interpersonal juices flowing.  Soon we will be blocking the production at Town Hall of Cornwall, CT where the production is slated for the middle two weekends of September.  This process was, as I predicted, incredibly rewarding and somewhat groundbreaking, at least for this seasoned director who has 200 productions under his belt.  The cast, crew and I feel that this play is pertinent these days to the ongoing discussions of women’s rights and ‘me too’ movement conversations that are still a hot topic in this 21st century.

What were your casting priorities? What have you and your actors been focusing on in this early portion of rehearsals?

Robin Frome: I cast it through several zoom auditions which were, in general, extremely professional and viable.  Interestingly, I received one from Rachel Freedman (our Mrs. Lynde) who was at the time residing in Nashville after the mass exodus of young NYC actors during the height of Covid.  She said she was planning on moving back to the tri-state area in time for us to go into live rehearsal status.  (She arrived safe just the other day)  Other actors include those with whom I have worked in previous productions.  We have been concentrating mainly on developing three dimensional characters within a somewhat antiquated Victorian script with obvious melodramatic themes and plot lines.  We want mainly for everyone in the audience to give each character a ‘fair shake’ during the course of the unfolding plot. We are working towards an audience experience akin to the premiere of the play in the early 1880’s which was recorded to have shock, anger and resentment but also made them think about their own lives in Victorian Norway.

What has been your biggest challenge so far? Was it a surprise or something you had anticipated?

Robin Frome: Our biggest challenge was actually the low quality of uninterrupted bandwidth of the zoom software.  It was very frustrating with sketchy audio and video and actors sometimes not be allowed into the ‘zoom room’  That WAS a surprise because I had been directing and teaching classes through zoom up to that point with no problems.  What came out of that frustration was the sheer joy of the cast coming together in person to get some really potent work done.

How are you planning to use the space in the Cornwall Town Hall?

Robin Frome: The stage at the Town Hall in Cornwall is quite small, but perfect for this type of production.  The whole building and surrounding grounds has a very provocative gothic feeling to it.  Also, it has two doors built onto the stage which (without spoilers) is perfect for the structure of the play.

Who is on your creative team – scenic, costume, lighting, sound design? How are you all collaborating to bring this production together as an artistic whole?

Robin Frome: We have only need for a stage manager and a costume designer in house.  As mentioned before, I am continuing recording zoom interviews with the other ‘dramaturgical’ crew.  That, I have never had the pleasure of working with before.  The set will only be a few pieces of furniture in a black box setting.

What do you hope audience members will take away from the experience of attending this production?

Robin Frome: I think the audience will take away an amazingly crafted acting experience which took several months to hone from virtual to personal.  The theater took a big hit from this pandemic and we still can hold our own with challenges and find creative ways to meet and conquer them.  We are planning on having talk backs where this new process can be more specifically articulated.

I see that your “alma mater,” the Sherman Playhouse, is producing “A Doll’s House, Part 2” at the same time your production is up. Do you have any plans to collaborate, present talkbacks, etc. to encourage audiences to attend both productions?

Robin Frome: We do have plans to work with the producers of Doll’s House Part 2, if only we will be promoting that production at ours.

The Town Hall Players of Cornwall preset A Doll’s House by Henrik Ibsen, directed by Robin Frome,at the Cornwall Town Hall, 16 Pine Street, Cornwall CT 06753. Performances are at September 10, 11, 17 & 18 at 6:30 pm. Tickets are a suggested donation of $20 at the door. There is limited social distancing seating on a first come first serve basis half hour before curtain. Email with questions.

FYI: The cast and crew are fully vaccinated.