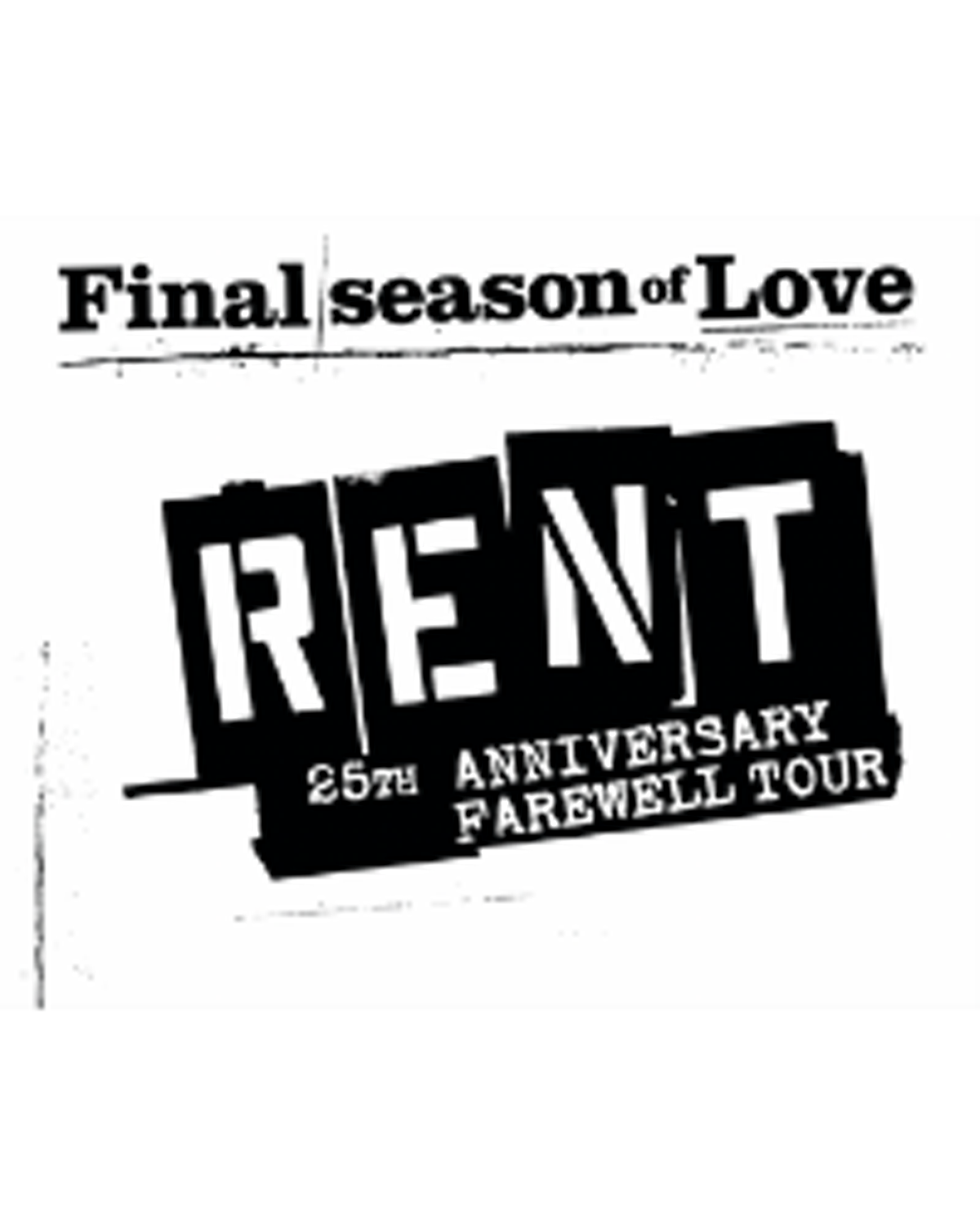 The producers of the RENT 25TH Anniversary Farewell Tour announced today that single tickets for the upcoming tour engagement in Schenectady will go on sale Thursday, Sept. 23.  Tickets will be available from the Proctors box office by visiting Proctors.org, or by calling 518-346-6204. Group orders of 10 or more may be placed by calling 518-346-6204.

For a quarter of a century, Jonathan Larson’s RENT has inspired us to choose love over fear and to live without regret. This Tony Award and Pulitzer Prize-winning phenomenon follows a year in the lives of a diverse group of artists and friends struggling to follow their dreams without selling out. It has become more than a musical – it’s a cultural touchstone, a rite of passage and a source of joy and strength for millions. RENT has become a part of us forever.

The show received its world premiere off-Broadway at New York Theatre Workshop on February 13, 1996 to ecstatic reviews and transferred to Broadway on April 29, 1996. RENT won the 1996 Tony Award for Best Musical as well as the Pulitzer Prize for Drama.

Whether you’ve never seen RENT or have completely lost count, you can’t miss it this time around – the 25th Anniversary “Farewell Season of Love” is your FINAL CHANCE to experience this celebrated touring production.

The RENT 25th Anniversary Farewell Tour is produced by Work Light Productions whose other touring productions include the 2016 Olivier Award-winning production of Jesus Christ Superstar, Irving Berlin’s White Christmas, Bandstand, and the upcoming tour of the TONY award winning musical Ain’t Too Proud.