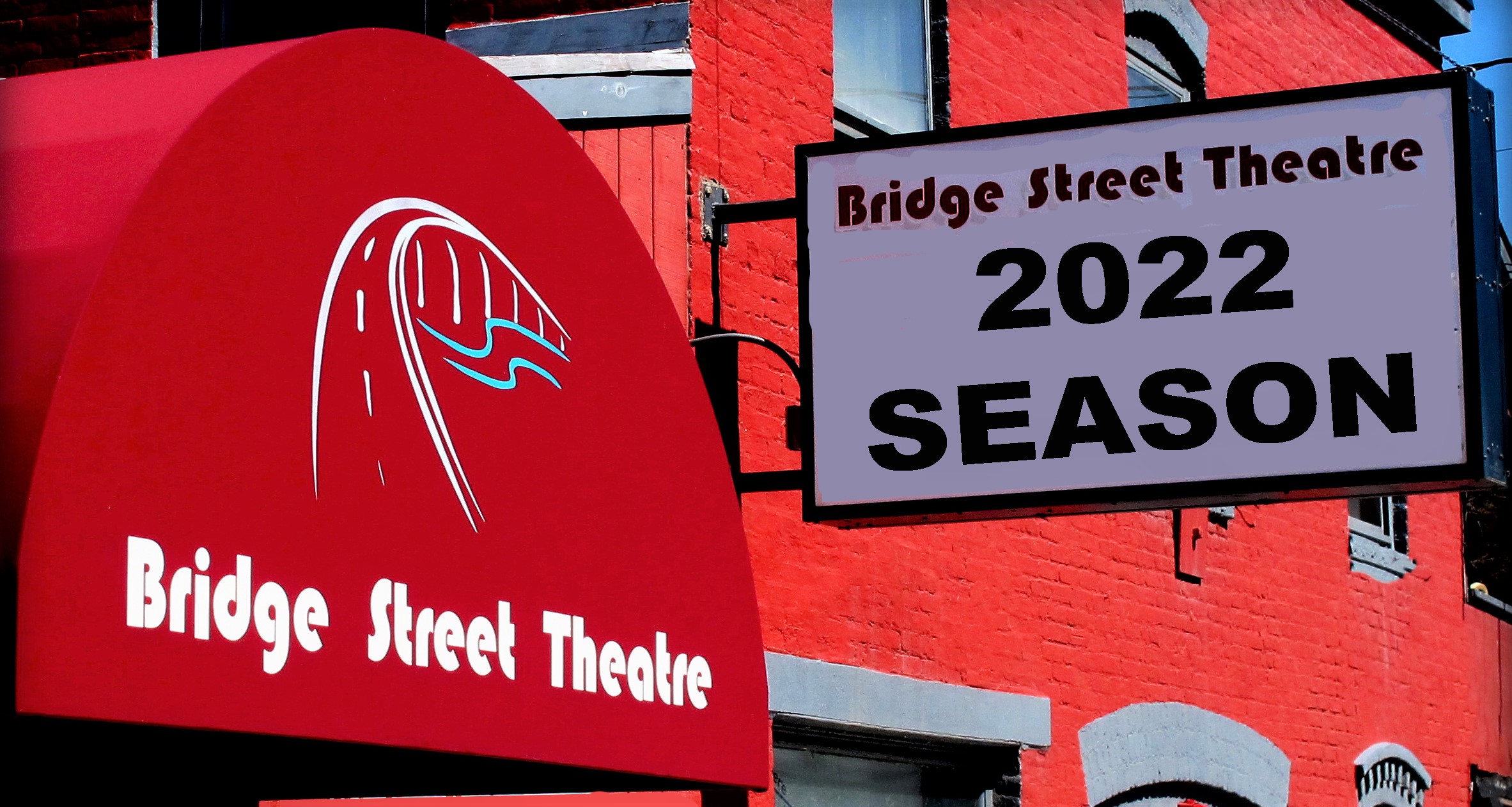 Bridge Street Theatre, one of the most adventurous and exciting small theater companies in the Hudson Valley region, is delighted to announce its upcoming 2022 Mainstage Season – five full evenings (or afternoons if you choose to attend matinee performances) of thrilling, provocative, and
innovative work that celebrate survival during these uncertain times. Currently slated for production on BST’s Priscilla Mainstage, located at 44 West Bridge Street in the Village of Catskill, are:

Jake and Chris meet while working the night shift at the Costco in Clarkston, Washington. Jake has fled his privileged life in Connecticut after being diagnosed with a fatal illness. Chris, a would-be writer with a
meth-addicted mom, is stuck in what he fears is a dead-end life in a dead-end town. Their tentative attraction develops into something deeper, scarier, and more intimate in Samuel D. Hunter’s heartbreaking and ultimately hopeful companion piece to BST’s 2021 production of LEWISTON

FOURTEEN FUNERALS by Eric Pfeffinger (East Coast Premiere)
June 2 – 12. Directed by Sara Lampert Hoover
City girl Sienna is surprised to learn that a freak fireworks accident in her old hometown of Blissfield, Indiana, has carried off every single member of the estranged extended family she never really knew. Even more surprising is that, as the very last of the Fitchwoods, she’s expected to deliver separate eulogies for every one of them. But most surprising of all is the un-looked-for relationship that blooms between Sienna and Millie, the oddly perky receptionist at the Blissfield funeral home, in this unexpectedly hilarious new comedy in its second production ever!

SHELLEY’S SHADOW by Brad Fraser (World Premiere).
September 8 – 18. Directed by John Sowle
BST’s first-ever new play commission! Out of work, out of money, and out of ideas, David, a writer in his 60s, gives up his condo and moves into a run-down high-rise apartment building in downtown Toronto. There, his life becomes inexorably entangled in that of his upstairs neighbor Shelley – a
gregarious lesbian in her 80s with encroaching Alzheimer’s-related dementia – and her long-time canine companion Shadow – a talking dog. The curious story of a reluctant care-taker who becomes the backbone of what slowly turns into a kind of family.

SEXUAL MISCONDUCT OF THE MIDDLE CLASSES by Hanna Moscovitch (U.S. Premiere)
October 13 – 23. Directed by Margo Whitcomb
After his third marriage falls apart, Jon, an acclaimed novelist and a star professor, is racked with guilt when he finds himself becoming attracted to one of his students. Nineteen-year-old Annie is a big fan of his work and, coincidently, just happens to live right down the street. As their mutual admiration grows and the sexual tension escalates, the archetypal student-teacher romance gets turned on its head in this compelling new play, winner of the 2021 Canadian Governor General’s Literary Award for English-Language Drama.

THE LION IN WINTER by James Goldman
November 10 – 20. Directed by John Sowle
“Well, what family doesn’t have its ups and downs?” Merry Christmas, 1183! King Henry II has just released his estranged wife Eleanor from prison so that the entire back-stabbing royal family can spend the holiday together. He’s getting on in years and a succession must be mapped out. But which of their three sons will end up on the throne? The knives are out, and it looks like this is one Christmas where nobody is going to get what they want. A contemporary American classic (even if it IS set in England).

In another first, Bridge Street Theatre has commissioned local visual artist Agam Neiman to create individual paintings for each of the shows in this season’s line-up. Look for these stunning artworks on posters, flyers, and in other publicity materials from the theatre soon!

In his 2021 year-end Arts round-up last December, critic Steve Barnes called BST “as good as theatre gets.” If you’re a fan of theatre that genuinely makes you think and feel, you won?t want to miss out on any of the extraordinary experiences in store for you this season at this three-time winner of “Best Theatre/Performance Space” at the annual Best of Greene County Awards. For more details, visit the theatre’s website at BridgeStreetTheatre.org.