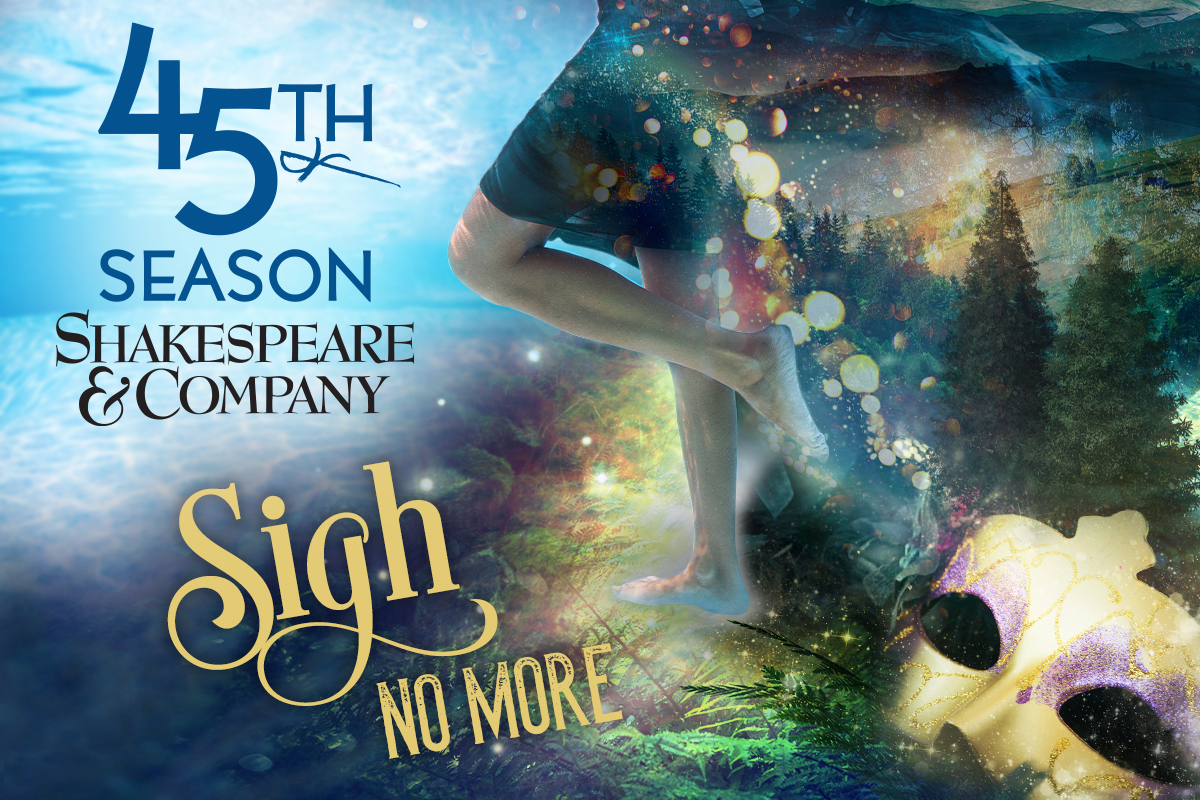 Slated to run from May 6 through October 30, the season – Shakespeare & Company’s 45th – marks the reopening of the Elayne P. Bernstein Theatre following its pandemic closure, as well as a return to concessions and gift-shop sales.

The following titles complete the 2022 Season:

The Approach by Mark O’Rowe

Three women have three conversations that draw us into their inner lives. Listen carefully: what will they reveal to each other, and what does each have to hide? A play about being human, an exploration of betrayal, and an appeal to listen before it’s too late, The Approach follows the story of Anna, Cora, and Denise as they converse over coffee about their shared childhoods and burgeoning middle-age, with much left unspoken.

A Walk in the Woods by Lee Blessing

Two superpower arms negotiators, a Russian and an American, meet informally in the pleasant woods on the outskirts of Geneva. The Russian, Botvinnik, is urbane and humorous but also seasoned and cynical. His American counterpart, Honeyman, is inquisitive and determined, fervently hopeful about what can—and must—be achieved to maintain peace. They continue their informal meetings as the seasons change, and through these conversations, develop a friendship that belies the antagonisms of the world order.

Two men meet at a funeral. One knew the deceased; one did not. Benny is a loner with a wife and children, while Gil longs to fulfill his potential. They form a deep bond, but cracks appear as they begin to realize that true courage comes in different forms. This soulful new play, filled with music, asks what it takes to be a good father, brother, or son.

The story of a young African American boy and an aging vaudevillian thrown together in circumstances beyond their control, Golden Leaf Rag Time Blues explores their unusual connection, as discovered through stories and music, illustrating how our basic needs and human emotions cut across the barriers of race, religion, and age.

Shakespeare & Company’s Classic titles of 2022 are:

• Much Ado About Nothing, directed by Kelly Galvin at The New Spruce Theatre July 2 – August 14, and

The Company’s ‘Sapphire Season –’ a nod to the traditional, 45-year anniversary gift – also carries the theme “Sigh no more…one foot in sea and one on shore.” Chosen to symbolize an emergence from difficult times that, nevertheless, are still close behind, the season theme is borrowed from Much Ado About Nothing’s song.

Performances will be produced on four stages – the indoor Elayne P. Bernstein Theatre and Tina Packer Playhouse, and the outdoor Roman Garden Theatre and The New Spruce Theatre, a 500- seat amphitheater constructed in Summer 2021. Allyn Burrows, Shakespeare & Company’s Artistic Director, said the New Spruce stage pays homage to both Greek amphitheaters and the Company’s own history, as a troupe that began by performing on the grounds at Edith Wharton’s The Mount in Lenox, Mass., in 1978.

“We’re thrilled that this venue can serve present times and future generations of theater-lovers,” he said. “Now, Shakespeare’s words resonate among these spruce trees, as they have in the pines at The Mount, and the lilacs of the Roman Garden Theatre.”

Tickets to performances range in price from $37 to $82; preview performances are $10 less. FLEXpasses are also available in three- and five-show packages.