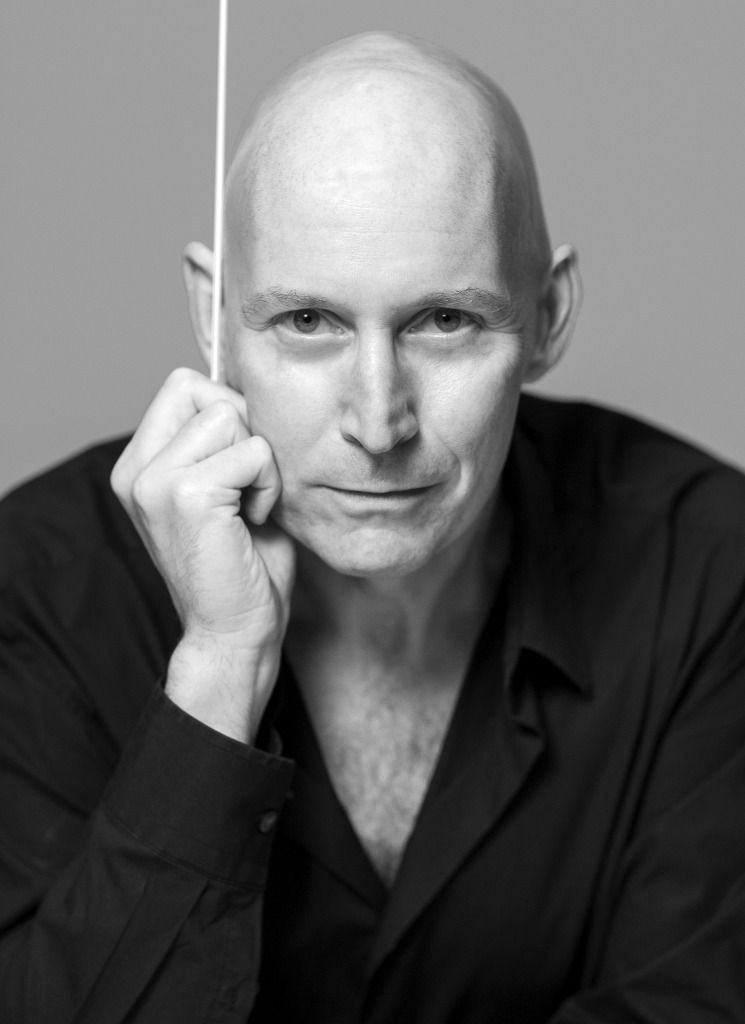 On Thursday, June 23, MOSSO celebrates the music of the late, legendary Broadway composer and lyricist, Stephen Sondheim, who penned the words and music to A Funny Thing Happened on the Way to the Forum, Company, Follies, A Little Night Music, Sweeney Todd, and Into the Woods. Conductor Tim Stella will lead the program, joined by Broadway stars Hugh Panaro and Lisa Vroman. Also appearing are Ray Hardman and Kathleen Callahan-Hardman.

Tim Stella conducted The Phantom of the Opera on Broadway, and before that, Jesus Christ Superstar, A Funny Thing Happened On the Way to the Forum, Guys and Dolls, The Most Happy Fella, Hello Dolly!, and Legs Diamond. He served as vocal coach to Emmy Rossum and Gerard Butler, who portrayed Christine and the Phantom respectively, in the movie version of Phantom. Stella is former Resident Music Director of Goodspeed Musicals, and a conductor at Radio City Music Hall.

Hugh Panaro is best known for having played the role of the Phantom in Broadway’s The Phantom of the Opera over 2,000 times. He made his Broadway debut as Marius in the original production of Les Misérables, a role he originated in the First National Company. He created the roles of Buddy in Side Show, Julian Caster in The Red Shoes, the title role in the American premiere of Martin Guerre, and the title role in Elton John’s Lestat. He made his London debut as Gaylord Ravenal in Harold Prince’s Showboat, after playing the role on Broadway and in Toronto. Off-Broadway, Hugh recently performed the title role in the Barrow Street Theatre’s production of Sweeney Todd. Regionally, Hugh played George Seurat in Sunday In the Park With George at the 5th Avenue Theater in Seattle, and Robert in Stephen Sondheim’s Company.

Lisa Vroman, who made her Broadway debut in Andrew Lloyd Webber’s Aspects of Love, starred for several years on Broadway as Christine Daaé in The Phantom of the Opera. She also starred as Rosabella in New York City Opera’s The Most Happy Fella. Some of her notable roles are: Charlotte in A Little Night Music with Michigan Opera Theatre; Lili Vanessi in Kiss Me Kate with both Glimmerglass Opera and the MUNY Theater of St. Louis; and Marian Paroo in The Music Man at the Bushnell. She was the first to play both Fantine and Cosette in Les Misérables. She appeared as Johanna in the San Francisco Symphony’s Emmy Award-winning Sweeney Todd in Concert, with Patti Lupone and George Hearn.

Ray Hardman has performed with the West Hartford Symphony, as bass soloist in Fauré’s Requiem with Chorus Angelicus and Gaudeamus, and with Broadway stars John Cudia and Kathy Voytko in an evening of Broadway songs at the Hill-Stead Museum. He has performed lead roles with the Producing Guild, Simsbury Light Opera, and the Theater Guild of Simsbury. Ray, who fronts a 60’s garage band called The Radiation, is Connecticut Public Radio’s Arts and Culture Reporter.

Return of the Rhodes!

On Thursday, July 21, Maestro Kevin Rhodes returns to Springfield to conduct a MOSSO benefit concert, with a program of light classics and music of renowned composer John Williams, whose works include Star Wars, Raiders of the Lost Ark, and Schindler’s List. Maestro Rhodes will be joined by guest soloist, violinist Yevgeny Kutik, whose two prior solo appearances in Springfield were met with great acclaim.

Maestro Kevin Rhodes served as Music Director and Conductor of the Springfield Symphony Orchestra for 20 seasons, until the SSO paused performances in 2020. He continues to serve as Music Director and Conductor of the Traverse Symphony in Michigan, and as Principal Conductor of Boston’s Pro Arte Chamber Orchestra. In March 2021, Maestro Rhodes made his debut with the Orchestra of the Rome Opera in Italy, recording a live radio broadcast of Maurice Jarre’s score to Roland Petit’s ballet, Notre Dame de Paris. He will conduct productions of Giselle and La Bayadère for their 2022-23 season. Last season, Maestro Rhodes conducted three ballet productions at Milan’s famed Teatro alla Scala. He also led the first production outside of Paris of Rudolf Nureyev’s La Bayadère, and the revival of Manuel Legris’ Sylvia for its Milan and Vienna premieres. Last year, Rhodes began a new artistic relationship with the National Theater of Slovakia in Bratislava in a celebrated debut with the ballet Brothers Karamazov. Next season, he will conduct Carmen, La Fille mal Gardé, and Swan Lake. In Slovenia, Rhodes made his debut with the National Opera and Ballet, conducting a program of Mahler, Beethoven, and Strauss. He was re-engaged for a new production of Romeo and Juliet this season, and will return in 2022-23 for new productions of Mahler’s The Song of the Earth and Schoenberg’s Transfigured Night, as well as Giselle and Romeo and Juliet.

Violinist Yevgeny Kutik, a native of Minsk, Belarus, immigrated to the United States with his family at the age of five, with the help of the Jewish Federations of North America. His 2014 album, Music from the Suitcase: A Collection of Russian Miniatures (Marquis Classics), features music he found in his family’s suitcase after immigrating to the United States from the Soviet Union in 1990. In 2021, Kutik launched Finding Home: Music from the Suitcase in Concert. Kutik’s additional releases on Marquis include his most recent album, The Death of Juliet and Other Tales. In 2019, he released Meditations on Family. Kutik was a featured soloist in Joseph Schwantner’s The Poet’s Hour – Soliloquy for Violin in Gerard Schwarz’s All-Star Orchestra, a made-for-television, classical music concert series, broadcast on PBS. In 2021, Kutik made his debut with the Detroit Symphony Orchestra, performing the world premiere of Schwantner’s Violin Concerto.

MOSSO sponsors (to date) include: The Republican/MassLive, BusinessWest and Healthcare News, WWLP-22News & The CW Springfield, the Sheraton Springfield at Monarch Place, New England Public Media, the Musicians of the Boston Symphony Orchestra, and the Bolduc Schuster Foundation.

MOSSO is a 501(c)(3) not-for-profit organization, which is not a subsidiary of nor affiliated with the Springfield Symphony Orchestra Inc. MOSSO has presented their musicians in pop-up concerts throughout the area; in performances with local ensembles including the Springfield Jazz and Roots Festival; in a full orchestral performance with Maestro Kevin Rhodes and MOSSO’s Virtuosos in Symphony Hall; and in a series of chamber ensemble concerts in Longmeadow and at the Westfield Athenaeum. For further information about MOSSO’s programs: SpringfieldSymphonyMusicians.com