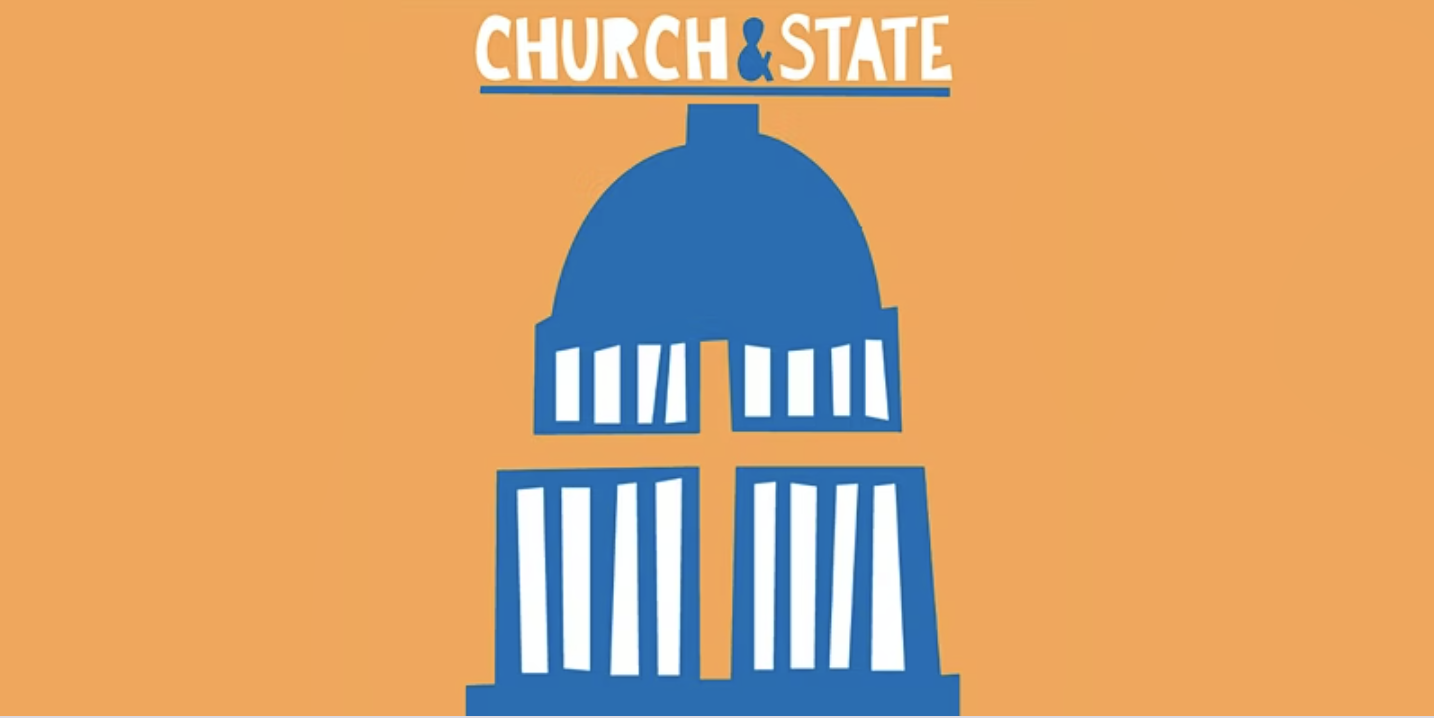 New York, NY (5/31/22) – In response to the recent massacres in Buffalo and Uvalde, producer and director Charlotte Cohn will present a one-night-only reading of Church & State, the award-winning play by Jason Odell Williams, to benefit Sandy Hook Promise, Safer Country, and the Brady Campaign. The 75-minute reading will be followed by an interactive talkback with politicians, activists and the creative team on Tuesday, June 7, 2022 at 8PM at Stephen Wise Free Synagogue (30 W. 68th Street, New York, NY 10023 – between Columbus & Central Park West).

The reading will feature Rob Nagle as Senator Charles Whitmore reprising the role he played Off-Broadway and in L.A., which earned him an Ovation Award nomination for Best Actor, and will reunite Berkshire Theatre Group cast members Judy Jerome as Sara Whitmore, Keira Naughton as Alex Klein, and Andy Talen in multiple supporting roles.

In the play, a Republican Senator sets his re-election campaign into a tailspin after his off-the-cuff remarks signal a possible change of heart about the Second Amendment (and God) following an elementary school shooting in his hometown. As his devoutly Christian wife and liberal Jewish campaign manager try to contain the damage, this look at how religion influences politics and how politics has become a religion is simultaneously funny, heartbreaking, and uplifting.

Church & State premiered Off-Broadway at New World Stages in 2017 and has since had 65 productions across 34 states. It was named BEST PLAY at the 2018 Henry Awards and was twice a Best New Play Nominee (Off-Broadway Alliance, L.A. Ovations Awards). The Los Angeles Times praised it as “gripping entertainment,” and “simply superb,” while The Huffington Post called it “powerful, humorous and highly contemporary,” and NPR declared, “I wish every member of Congress would see it!”

Donations of all sizes are encouraged before or after the event and will be divided among the excellent gun safety organizations Sandy Hook Promise, Safer Country, and the Brady Campaign.

If you cannot attend the reading, please consider donating to these wonderful organizations!

Charlotte Cohn (Producer/Director) was born in Denmark and raised in Israel where she served in the Israeli Army as a commanding officer. She was the lead producer of The NY Times critics’ pick Handle With Care and the award winning Church & State, both written by her husband, Jason Odell Williams. Directing highlights include Best Friends at JAZZ at Lincoln Center and Church & State at Berkshire Theatre Group. Acting highlights include La Boheme and Coram Boy on Broadway. Charlotte is an Ovation Award Winner and was nominated for the Bay Area Critics’ Circle Award for her performance as ‘Hallelujah Lil’ in Happy End at A.C.T. She is currently writing a musical with her husband about her father’s escape from Denmark to Sweden during WWII.

Jason Odell Williams (playwright) has been nominated for an Emmy Award, an Off-Broadway Alliance Award for Best New Play, and an L.A. Ovation Award for Best Original Play. His plays Church & State and Handle with Care were both produced Off-Broadway, are published by DPS, have won a Henry Award and a Theatre Bay Area Award for Best Play respectively, and have collectively been produced over 100 times across the country. His work has been named a Semi-Finalist for the Thomas Wolfe Playwriting Competition and twice been named a Semi-Finalist for the Eugene O’Neill Theatre Festival. On television, Jason’s work as a writer and producer has been seen on National Geographic, the History Channel, Discovery, and Netflix. Jason is currently writing a new musical with his wife and long-time collaborator, Charlotte Cohn.