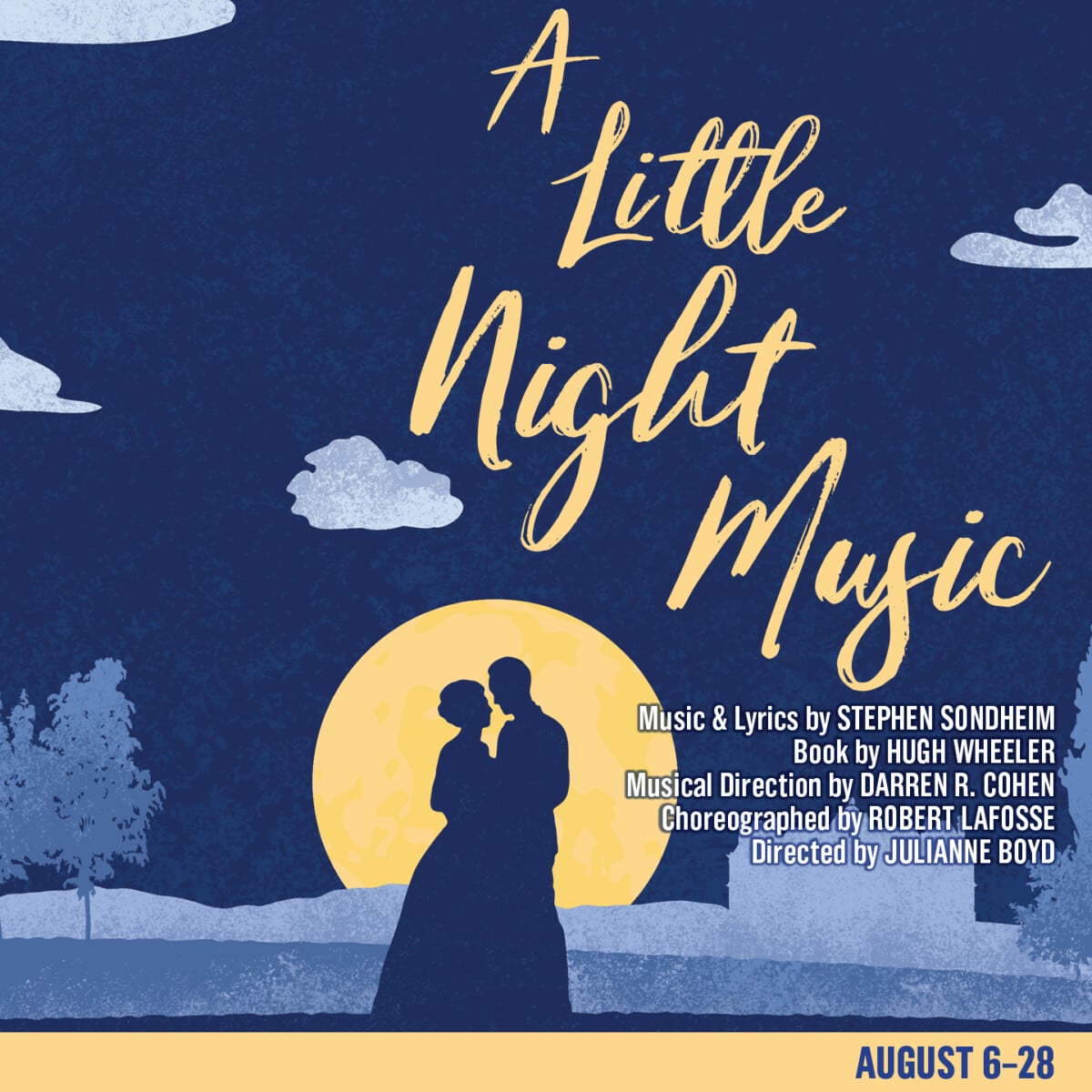 (Pittsfield, MA – June 3, 2022) – Barrington Stage Company (BSC) is pleased to announce casting for its new production of A Little Night Music, with music and lyrics by Stephen Sondheim and book by Hugh Wheeler.

The production, which will be choreographed by Robert La Fosse, musically directed by Darren R. Cohen and directed by BSC Founder and Artistic Director Julianne Boyd, will play the Boyd-Quinson Stage from August 6-28, 2022. Boyd, La Fosse and Cohen previously collaborated on BSC’s acclaimed 2018 production of West Side Story.

BSC has a long history of staging works by Stephen Sondheim, the great Broadway songwriter who died in November at the age of 91. Sondheim’s distinguished and singular career included such landmark shows as A Funny Thing Happened on the Way to the Forum, Company, Follies, A Little Night Music, Pacific Overtures, Sweeney Todd, Sunday in the Park with George, Into the Woods and Passion, in addition to West Side Story and Gypsy, for which he contributed lyrics. BSC has previously staged A Little Night Music (1998), Company (2000, 2017), Follies (2005), West Side Story (2007, 2018), Sweeney Todd (2010) and Into the Woods (2019).

In A Little Night Music, a tangle of love affairs leads to a magical weekend in the country where confusion rules, jealousies flair and sexual passions reign. Sondheim’s 1973 masterpiece A Little Night Music, originally produced and directed on Broadway by Harold Prince, won six 1973 Tony Awards, including Best Musical, Best Book of a Musical and Best Original Score. Suggested by the film Smiles of a Summer Night by Ingmar Bergman, Sondheim’s lustrous score is written in variations of three-quarter time and features one of the songwriter’s most beloved and well-known songs, “Send in the Clowns.”

Additional details on the 2022 BSC season, including the Gala and streamed and staged readings, will be announced in coming weeks.

Pricing for the 2022 summer season is $25–85 for the Boyd-Quinson Stage and $25–59 for the St. Germain Stage. Preview performance tickets for musicals are $45 and all other previews are $35. Patrons can reserve their seats today by purchasing season passes. Passes are for 3+ shows in BSC’s 2022 season — pick any show, any theatre, any time, matinee or evening, and save up to

29% off of single ticket pricing. Please call the Box Office for more information. Single tickets are now on sale and can be purchased by calling 413-236-8888 or visiting www.BarringtonStageCo.org/Tickets.