REVIEW: “Most Happy in Concert” at the Williamstown Theatre Festival 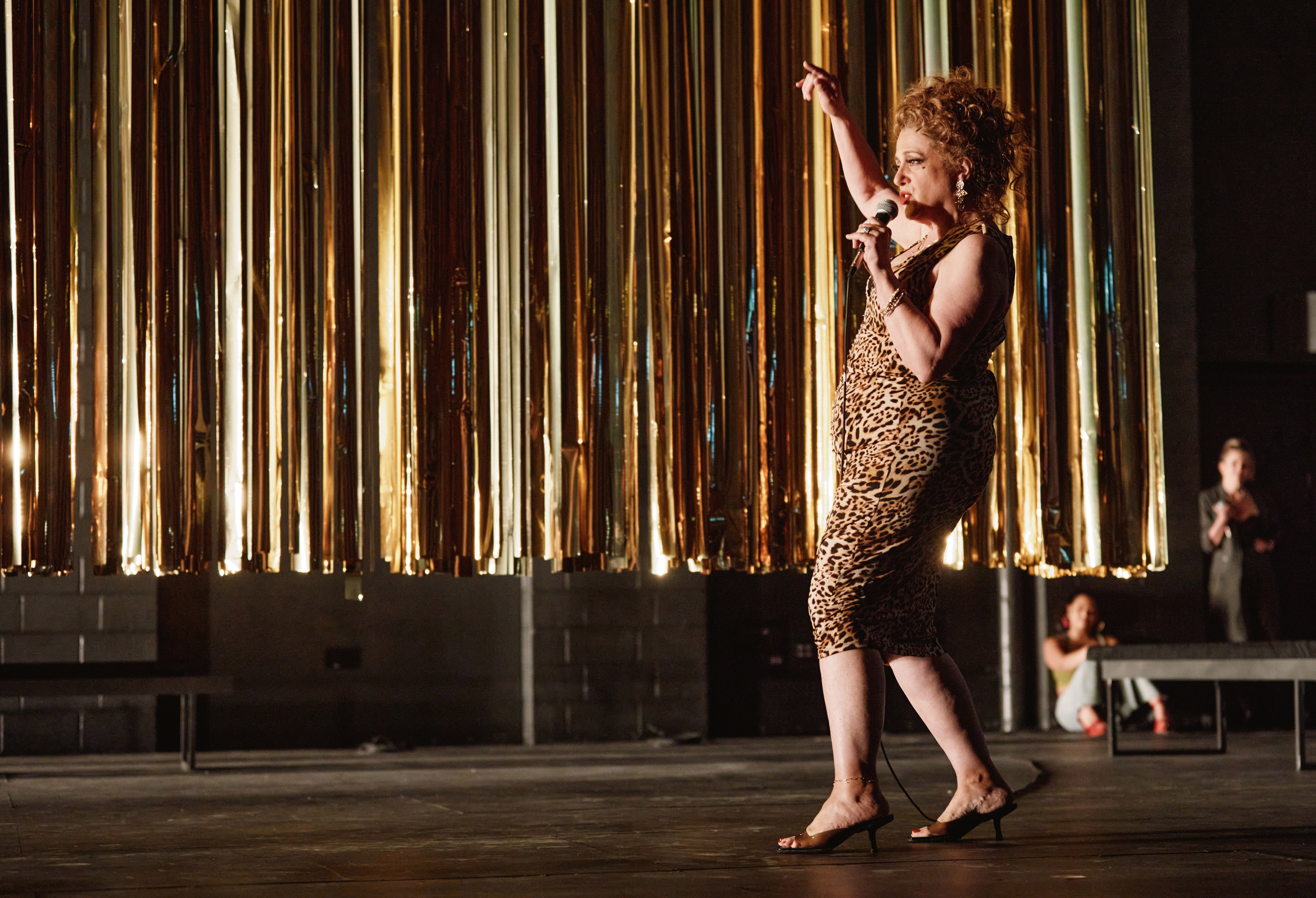 REVIEW: “Most Happy in Concert” at the Williamstown Theatre Festival

Writing this review may prove to be among the most unpleasant tasks I’ve experienced in quite some time.

The Most Happy Fella is one of my favorite musicals. I’m but one of many people who consider it Frank Loesser’s masterpiece.

Unlike other musicals by Loesser (which include Guys and Dolls and How to Succeed in Business Without Really Trying), it is rarely produced. The large cast and lush, operatic score makes great demands of directors, producers, musicians, and designers, but the payoff is sublime. When it first opened in 1956, critics hailed the inventive, operatic, exhilarating show as much for its musically eclectic score as for its complex emotional impact.

Since the Williamstown Theatre Festival announced their season, I’d eagerly anticipated Most Happy in Concert. Apparently my definition of “in concert” differs radically from that of the creators of this WTF production.

A gold curtain made of streamers did not rise for at least ten minutes after the show began. The women singing were not visible to the audience, but a light show worthy of Las Vegas with brilliant beams striking the curtain had me concerned that anyone in the audience with a neurological disorder might suffer a seizure.

After that peculiar bit of business, the gold curtain did rise to reveal a minimalist industrial-looking set with seven women, all of whom had gorgeous voices. Throughout, the curtain would dip and flash and whirl for no reason apparent to me. At one point, a streamer fell to the floor, and a stagehand sat right on the stage to repair it.

Most Happy in Concert was conceived and directed by Daniel Fish, whose provocative 2019 reinterpretation of Rodgers and Hammerstein’s Oklahoma! caused great excitement in the theater world. Reactions ranged from acute displeasure to cries of genius. But for all the brouhaha, Fish’s version of Oklahoma! maintained the characters, songs, and plot line. He seems to have deemed Loesser’s work…what? More malleable? Less worthy of honoring the original creation?

I cannot say. I have a cast list of the singers that fails to include who sang what [Editor’s Note: That information is included in the WTF’s Digital Program.) The music was rearranged (both musically and from the original order of songs) in a way that makes no sense to me, a way that disposes of story, plot, and character. I cannot understand the decision to cast an all-female version of this show. The blocking, aside from the swirling gold curtain, rendered me aghast. For no reason I can discern, the women would, at various times, writhe on the stage floor, change costumes on stage, and sing solo or in duets or as an ensemble. The arrangements of the songs were, to my mind, rendered pointless, not only robbing them of their significance, but degrading them.

But the women did have beautiful voices.

MOST HAPPY IN CONCERT

Songs from Frank Loesser’s The Most Happy Fella

Music and Lyrics by Frank Loesser

Conceived and Directed by Daniel Fish

In Association with Fisher Center at Bard

Most Happy in Concert, which plays through Sunday, July 31, 2022  runs 70 minutes without intermission.Tickets may be purchased online at www.wtfestival.org or by calling (413) 458-3253