REVIEW: “A Walk in the Woods” at Shakespeare & Company 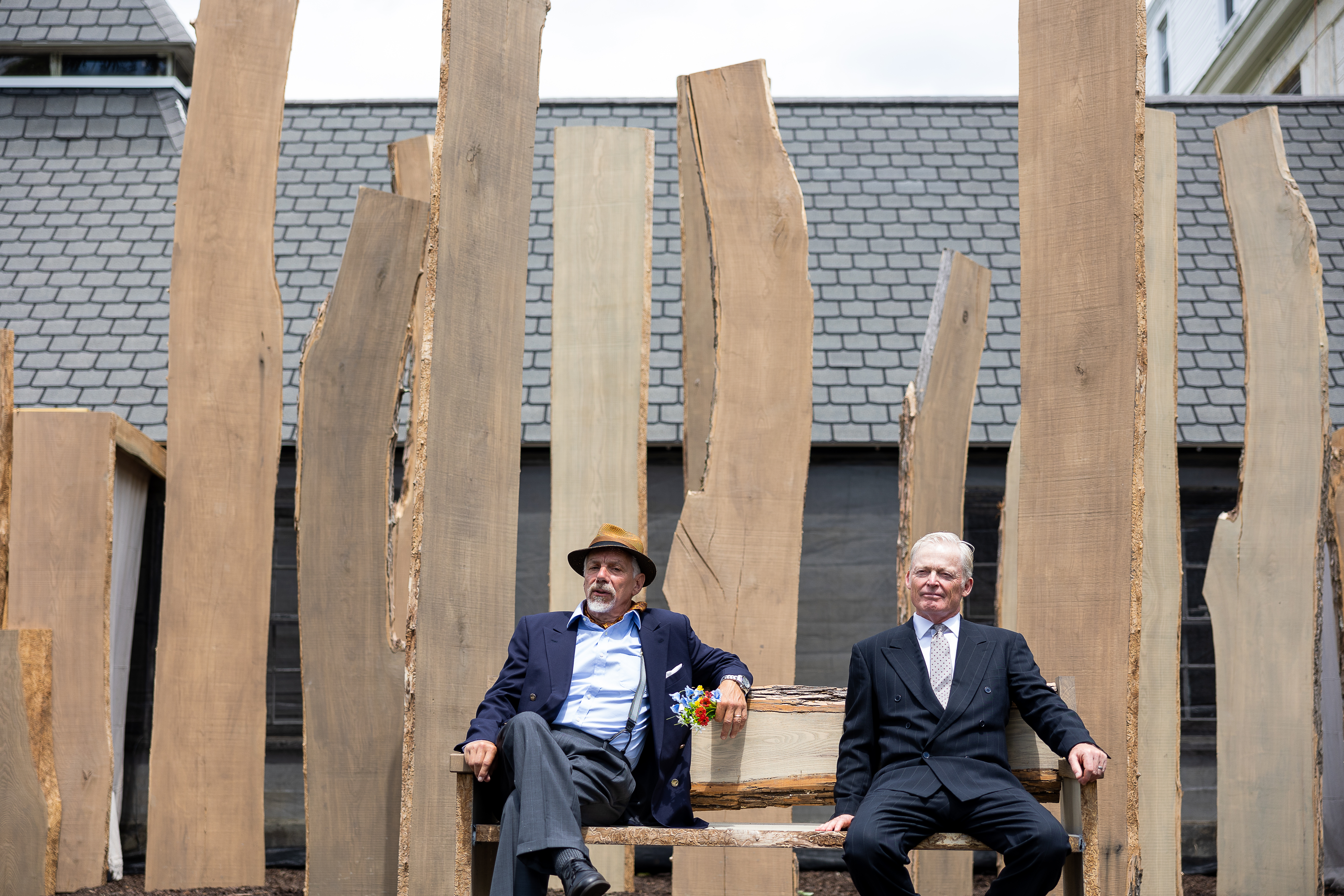 REVIEW: “A Walk in the Woods” at Shakespeare & Company

Shakespeare & Company’s production of A Walk in the Woods is a master class in Acting.  Jonathan Epstein and Allyn Burrows play Andrey Botvinnik, a career Soviet negotiator, and John Honeyman, a younger American negotiator, respectively, as they attempt to craft a treaty over the course of a year during the Cold War that will reduce nuclear arms in their two countries.  But the heart of this play is their human relationship and it is difficult to imagine any other actors who can perform these roles with such sublety, humor, bitterness and precision.

Lee Blessing, who has written over forty plays, several of which are two-handers inspired by historical events, was nominated for both a Tony Award and a Pulitzer Prize for A Walk in the Woods (1988), his most famous play.  He claims that it is based on an incident in 1982 when Soviet and American arms limitations negotiators left their indoor location to take a walk in the woods of Geneva, Switzerland.  After many years and many attempts to reduce Soviet and American nuclear arsenals (SALT I and II,  START I and II), a subsequent treaty formulated in 1991 at the time of the collapse of the Soviet Union resulted in the elimination of nuclear weapons in Belarus, Ukraine, and Kazakhstan.  What an impact this had on the current war between Russia and Ukraine.

In director James Warwick’s program notes, he writes this description of A Walk in the Woods, “An intriguing chess game between two masters of diplomacy infused with humor and hope.” Perhaps not coincidentally, Botvinnik was the name of a Soviet and Russian grandmaster and the sixth World Chess Champion.  In the play, Botvinnik is the virtual chess player–the expert negotiator who has spent most of his life face to face with Americans.  In the first of four scenes, he runs circles around Honeyman, a lower level negotiator with a Washington, D.C. job, who has no idea how to deal with the curve balls delivered by his Russian counterpart.

Epstein could charm anyone with his humor, his accent, his entreaties that the two of them become friends, his enjoyment of nature away from the formality of a negotiating table, his easy laughter, his ability to change the subject to frivolities any time their discussion threatens to become serious.  But as the play progresses, his anger and cynicism become clear:  he has had enough of pretending that anything they do will make a difference or even be ratified by their governments.  On the other hand, Honeyman is determined to leave these negotiations with a treaty in order to prove that he’s worthy of the President’s faith in him.  Burrows is formal, rigid, insisting on hard work and mutual commitment, even insulting.  He asks Botvinnik:  “Why, in heaven’s name, haven’t you been replaced?” The last thing he wants is to become friends with the Russian, whose nickname among the Americans is “The Crab” because he never goes in a straight line.  Inexperienced, full of bluster stemming from distrust and insecurity, at times childlike and naïve, Burrows captures Honeyman’s frustration.  But by the time the play is over, Honeyman has completed his Aristotelian journey from ignorance to understanding, thanks to the lessons that Botvinnik has taught him about what it means to be human.

Warwick has done a masterful directing job.  In an article for the Berkshire Eagle, he explains that the key is for the audience “to like these characters equally.  They have equal validity.”  Epstein describes them as “doing a tango, a dance that requires subtle shifts.”  With only two actors, a bench and some trees every movement and change of beat must be investigated and brought to life.  The collaboration between Warwick and his actors has unearthed profound truths.

Talking about trees, the Set Designer, Devon Drohan, has fashioned a stunning work of modern art, using wood preserved from an ash tree that fell to the ground in a storm behind the New Spruce Theatre.  Warwick names the tall, thin structures  Drohan has created “Woodhenge,” because of their shape and the spiritual feeling of the space.  The actors are able to walk in between and around them.  In order to underline the passage of time, a stagehand places two wreaths representing each season, from summer through spring, on those structures.  Sound Designer Arshan Gailus provides wonderful classical music for the transitions between scenes and Costume Designer Christina Beam dresses the men formally in dark suits, ties, overcoats, depending on the time of year.

Stephen Sondheim’s Into the Woods had been playing on Broadway when A Walk in the Woods opened there for only a four-month run.  Though Blessing’s play did not enjoy the success of the musical, the magic of the woods and the lessons learned there will always provide us with food for thought and opportunities for our best, most talented theatre practitioners.

A WALK IN THE WOODS runs from July 15—September 4 at Shakespeare & Company’s Roman Garden Theatre.  Tickets may be purchased by calling 413-637-3353 or online at SHAKESPEARE.ORG.

Caveat:  because the performances in The Roman Garden theatre are scheduled for mornings and afternoons, beware of the glaring sun.  Be prepared with hats, water, perhaps suntan lotion.