No heat, just words inform a passionless “Kinship” at the Williamstown Theatre Festival 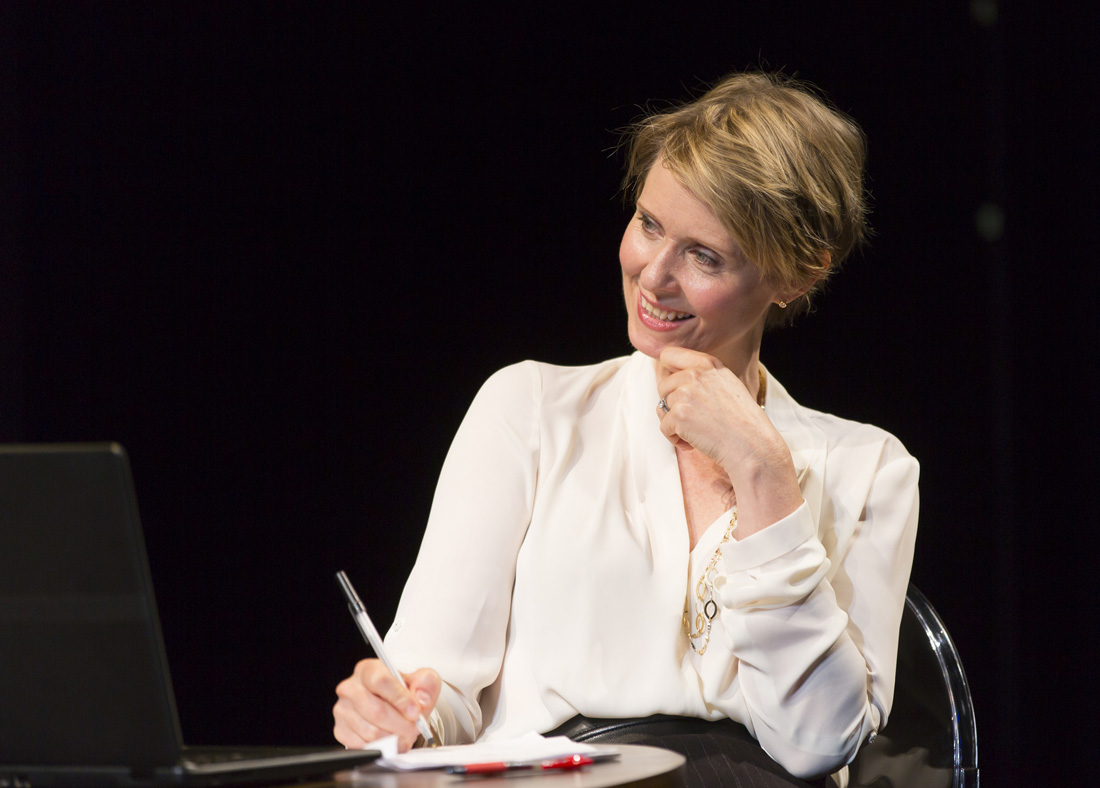 No heat, just words inform a passionless “Kinship” at the Williamstown Theatre Festival

(l to r) Cynthia Nixon (She) and Chris Lowell (He). Photo by T. Charles Erickson

(l to r) Chris Lowell (He) and Cynthia Nixon (She). Photo by Paul Fox

Phèdre, Racine’s 17th-Century masterpiece, was a retelling of a Greek tragedy already examined many centuries before by Greek and Roman writers. What made this retelling so striking is the focus on the title character, previously portrayed as a monstrously evil woman. Racine’s Phèdre is a psychologically complex character whose obsession drives her to commit terrible acts, but this time she is more human than monster, and though she causes great suffering she is also a victim trapped in her own obsessions.

Playwright Carey Perloff was inspired to write Kinship in 2009, when she was directing Phèdre at the Stratford Festival in Ontario. “I was really trying to understand the nature of obsession,” she has said. “I love obsession, but it’s really strange. It’s not rational: it feeds on itself, so you need more, and more, and more of that drug to keep you feeling alive, even though you know it’s destructive. When it turns out that Hippolytus [Phèdre’s stepson] is in love with someone else, Phèdre becomes a monster, and decides she’s going…to take them down.”

In Kinship, the story is told through three characters, She (Cynthia Nixon), Friend/His Mother (Penny Fuller), and He (Chris Lowell). She is a driven, powerful middle-aged woman living a life many would envy. A successful newspaper editor, she has a devoted husband and two children she clearly adores. Her dear somewhat-older friend (Fuller) is at once motherly and sisterly toward her. While making a work transition into the digital realm, She hires He, a young reporter. Before long She falls for He, behaving like a smitten teenager, saving bits of paper he’s written on and glasses he’s drunk from. As her shoulder bag becomes ever more stuffed with His stuff, we see her careen into the throes of obsession. Her confidante, her dear friend, seeing the ever-expanding shoulder bag, cautiously cheers her on, and advises her without judgment. But eventually, inevitably, the friend learns the identity of the young reporter.

Perloff’s writing and the structure of her play, including numerous remarks all three actors make about a production of Phèdre they’ve attended, is (unlike Phèdre) a touch inelegant and ham-handed. Perhaps the play would had a more profound impact had the playwright done less telegraphing.

I had high hopes for this cast. Cynthia Nixon and Penny Fuller are gifted actors who’ve proven their chops over the decades. I’d not seen Chris Lowell on the stage before. He has a natural, easy charm.

Every time I enter a theater I hope, I want, to be surprised and delighted. It pains me to report that Kinship, this examination of obsession, was devoid of passion. I detected no chemistry between Nixon and Lowell. The language and gestures may have been there, but without any heat, it’s just words, words, words. I have the sense that Lowell could do so much more; I know Nixon can. Fuller is well cast but put at a disadvantage with no palpable electricity between her cast mates.

On the technical side, my kudos to all. Jo Bonney has directed with a sure hand, and Rachel Hauck’s angular, almost-bare bones set design fits the play beautifully. Sound designer Fitz Patton enhances the action, and Candice Donnelly’s costume design is just right.