REVIEW: “Pump Boys and Dinettes” at the Theater Barn 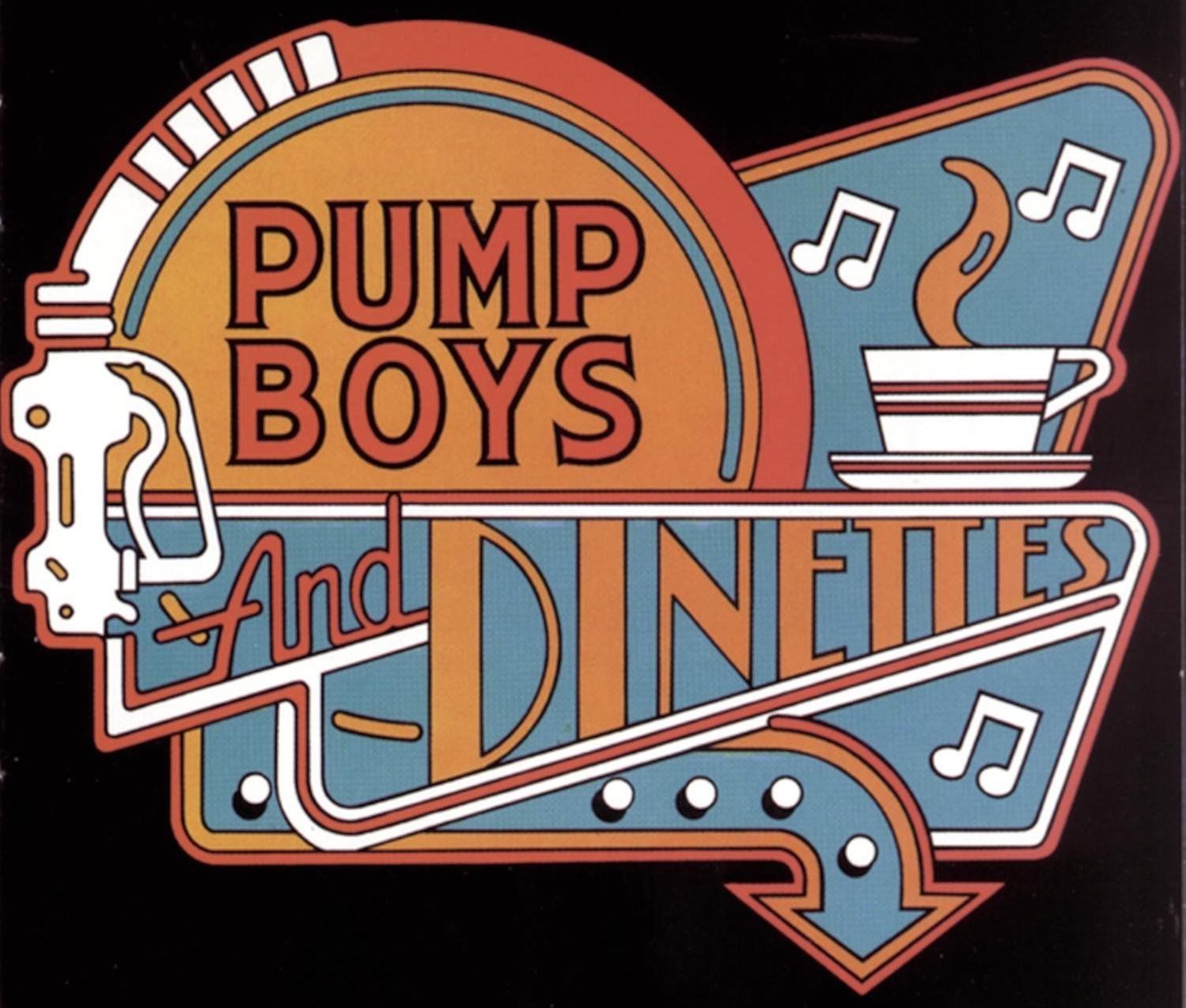 REVIEW: “Pump Boys and Dinettes” at the Theater Barn

Back in the early 1980’s a couple of musician friends dressed up in mechanics overalls, billed themselves as the Pump Boys, and performed songs they’d written for their characters. This promptly got them fired from their gig playing country tunes in a New York City cowboy bar. But the act caught on, more friends joined in, and before you knew it Pump Boys and Dinettes – the name of the group as well as of their show -was playing off-Broadway.

“We became the first off-Broadway show to have a number in the Thanksgiving Day Parade,” said founding member/writer/performer/director Jim Wann. “It was below freezing that year and we all wore long underwear beneath our uniforms, including the Dinettes, who served coffee to Ed McMahon after he nearly fell off an elephant.”

Broadway beckoned and in 1982 Pump Boys and Dinettes was nominated for both a Tony and a Drama Desk Award in the Best Musical category. The show has been popular in regional theatres ever since, and just last week the original cast gathered for two concert performances in New York.

Clive Barnes dubbed this show an example of “musicians theatre” because the music generated the production, rather than the other way around. This is not a jukebox musical. The original group/cast wrote all the numbers, and they shape a gentle story of good ol’ boys and girls living simple quiet lives pumping gas and baking pies. We don’t learn a whole lot about the characters, in fact the bassist, Eddie, never speaks at all, but we get enough of a peek at their lives to get to like them and wish them well.

Pump Boys… is the perfect sort of musical for the Theater Barn. Performed on a single set, all that is required is four guys and two girls who can sing. The guys play guitars and keyboard, and the girls provide the percussion on every kitchen implement behind the counter in the Double Cupp Diner. The Barn has proven expert over the years catching rising young talent, and they and director/choreographer Phillip Fazio have struck gold with this very talented and thoroughly charming cast.

There is no fourth wall, the performers address and acknowledge the audience from the very start, and Michael Santora, as Jim acts as the host for the evening. A native of New Orleans, Santora brings genuine southern charm and authentic theatrical talent to the show. He just kind of twinkles as he introduces the characters and songs, plays rhythm guitar, and even displays his choreography and tap dancing skills in the Act I finale, “Drinkin’ Shoes.”

On lead guitar is Patrick Scholl as Jackson. He gets a nice solo and provides strong musical support while Santora handles the acting. As the silent Eddie, Adam Peterson plays bass. Musical Director Oliver R. Townsend on keyboard plays Mark, aka L. M. Obviously more of a musician than an actor, Townsend shows off some stunning rock ‘n’ roll riffs and a powerful singing voice on his three solos. It is a treat to watch him work.

Across the stage, er, road, the Cupp sisters – Rhetta (Alexandra Foley) and Prudie (Alexa Renee) – run the Double Cupp Diner, and are mighty proud of their pie. Foley is an amazing vocalist, standing out in all the ensemble numbers. Her solo “Get Good or Get Gone” establishes the shaky romance between Rhetta and Jim, and just Rhetta holds her ground with Jim and Foley holds her own in the “twinkle” department with Santora.

Renee plays the quieter Cupp sister, but holds her own in duets and ensemble numbers. The sisters second act duet “Sister” makes you long for just a little more plot and character development to reveal more of the life of these two single siblings living and working together out on highway 57.

Thanks to the Barn’s new sound system the cheerful country rockabilly music literally shakes the walls. At the start of the performance I attended the volume was cranked up a bit too loud and the sound mix favored the instrumentals over the vocals, but some dials were adjusted and all was well.

The costumes by David Louder and set by Anthony Martin are simple and practical. I got a kick out of the Phelps Road sign on the back wall of the Pump Boys side of the set – an homage to the Phelps family who own and run the Theater Barn – and pondered which locality it had been swiped from. (Phelpses are rampant in these parts!)

And speaking of Phelpses, Allen Phelps has done a nice job with the lighting design. With a static set and no changes of costume (the Dinettes do take off their aprons for one number) it is dependent on the lighting to set the differing moods of the songs.

Pump Boys and Dinettes is the very definition of Good Clean Fun. Attractive and talented performers making great music for your entertainment, and the cheapest musical theatre tickets in the region. How can you go wrong?

Performances are Thursdays and Fridays at 8pm, Saturdays at 4pm and 8pm and Sundays at 2pm at the Fully Air Conditioned Theater Barn. Tickets are $29.00 for the evening performances and $27.00 for Sunday matinees. Call the Box Office at (518) 794- 8989 for reservations or visit www.thetheaterbarn.com to get your tickets.