REVIEW: “The Decorator” at The Theater Barn 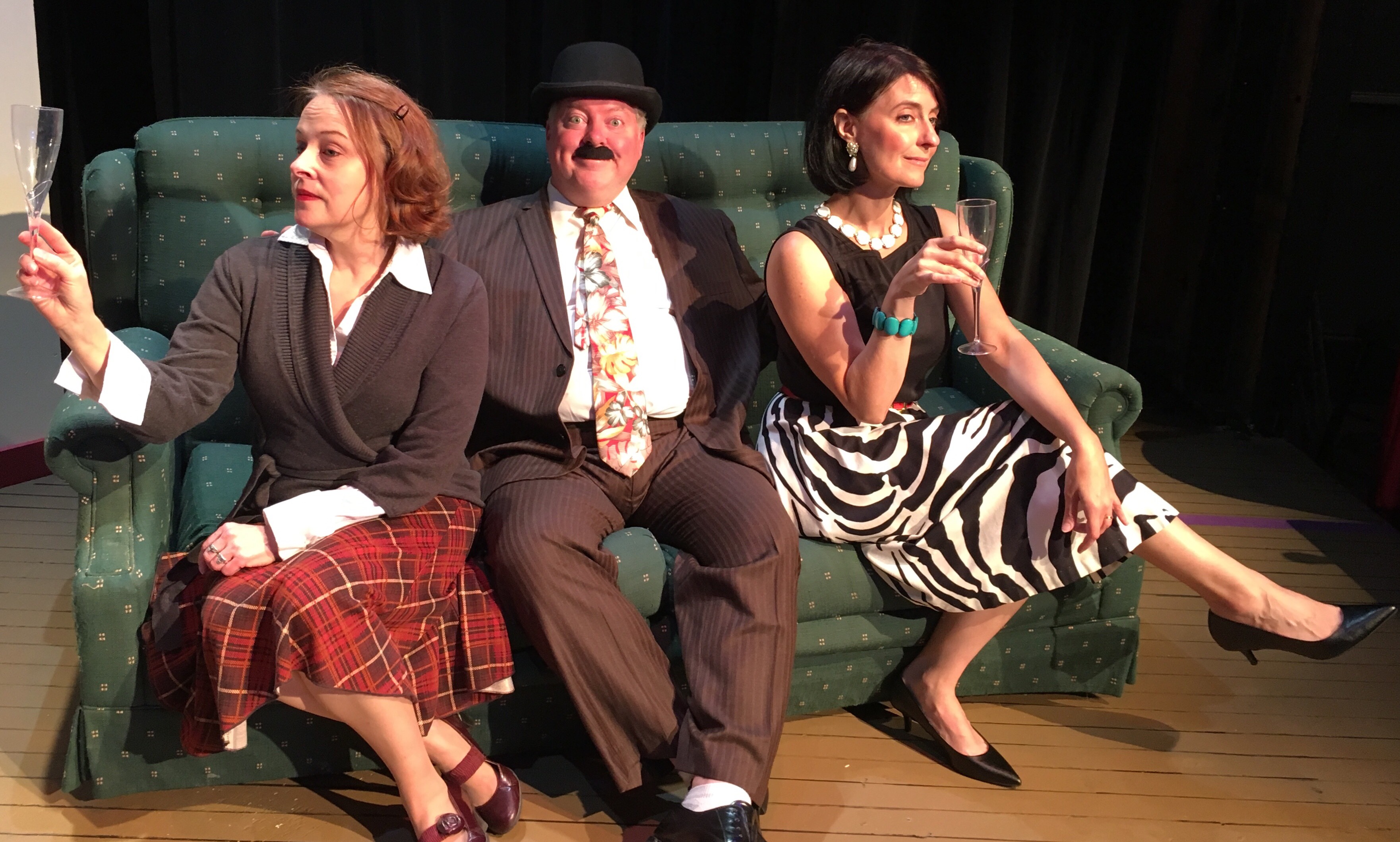 REVIEW: “The Decorator” at The Theater Barn

For the second year in a row the Theater Barn has chosen to end their season with a really lousy play. Don’t get me wrong, the cast is great, the set is nice, director Phil Rice has done his best with it, but The Decorator is a lousy, lousy play.

Billed as a bedroom farce (the bedroom is off stage left) it lacks the zip and flair that genre requires. Here the dirty jokes are just dirty, not funny or surprising. Doors don’t slam and no one gets caught in a faux compromising position while looking for a lost contact lens under the sofa. Donald Churchill’s 1989 script plods endlessly, and he seems incapable of building the stack of improbable possibilities at comprise a truly satisfying farce.

And this is very sad because the Barn has assembled a cast of our finest regional actors. Kathleen Carey gives an impeccable, over-the-top performance as the inept adulteress, Marcia Hornbeam. Mark “Monk” Schane-Lydon gets to show off his range of accents as well as his well-honed comic skills as the house-painter/actor Walter Page. And Colleen Lovett manages to keep a stiff British upper lip even while falling through the seats of various chairs and sofas as Jane Erskine, the wronged wife seeking revenge.

This is a genuinely British play and this cast does a good job sustaining plausible British accents. Schane-Lydon has the hardest job as he must switch rapidly and frequently between cockney and posh accents, with a few lines in more exotic inflections such as Welsh and Scottish.

The action starts as Marcia returns home from ten days in Capri to discover that the renovation of her husband Reggie’s study is behind schedule when a substitute “decorator” – here in America we would call him just a house-painter – named Walter Page appears. Reggie has been in Bahrain on business while Marcia is on holiday, and is due home that evening. As Walter sets to work the doorbell rings and Jane arrives, accusing Marcia of having been in Capri with her husband, Bruce. This, it turns out, is true, and Jane announces her intention to return at tea time to tell Reggie all about his wife’s infidelity. Since Jane’s threatened return is hours before Reggie’s scheduled arrival, Marcia hires Walter, who confesses that he is a struggling actor, to play Reggie so Jane will believe she got her revenge while Marcia’s marriage stays in tact.

Much of the “humor” is based on Walter’s temperamental artistic  behavior, spouting Shakespeare ad nauseum and assuming airs to which his talent clearly does not entitle him. He whinges on about how his wife left him and he hasn’t had sex since Margaret Thatcher was Prime Minister. While Walter does get lucky in the end, Marcia gets increasingly unlucky as both Walter and Jane play her for the fool.

Carey is the talent to watch here. An actress capable of soaring in comedy, tragedy, and drama it is always a treat to see her on stage. If only her talents were deployed in support of a decent script, as they were in the Barn’s 2015 production of God of Carnage.

It is hard to believe that Schane-Lydon, who has graced the stage of at least half a dozen regional theatres, is making his Theater Barn debut. Again, this is an actor who excels at comedy and drama and possesses a fine singing voice. I sincerely hope the Barn brings him back in a better vehicle.

Lovett has the least showy role, and disports herself well in it.

The rather cramped set design is by Anthony Martin, but that is not entirely his fault. Churchill’s script calls for lots of large and unnecessary bits of furniture and bric-a-brac. And doors. There are five doors, which is to be expected in a farce, but only one of them leads anywhere interesting.

David Andrew Louder’s costumes are uneven. Carey’s ensemble is odd, unflattering, and not very British. The comedy “knickers” she displays late in Act I are trying too hard to be funny while keeping things “clean.” Lovett, on the other hand, looks glamorous and polished even in her broader physical comedy scenes. The best ensemble is the ill-fitting brown suit Schane-Lydon sports in Act II. And that hat, and that mustache!

I applaud the Theater Barn for hiring our top local actors year after year, but I hope that in the future they take better care to select scripts worthy of their time and talent.