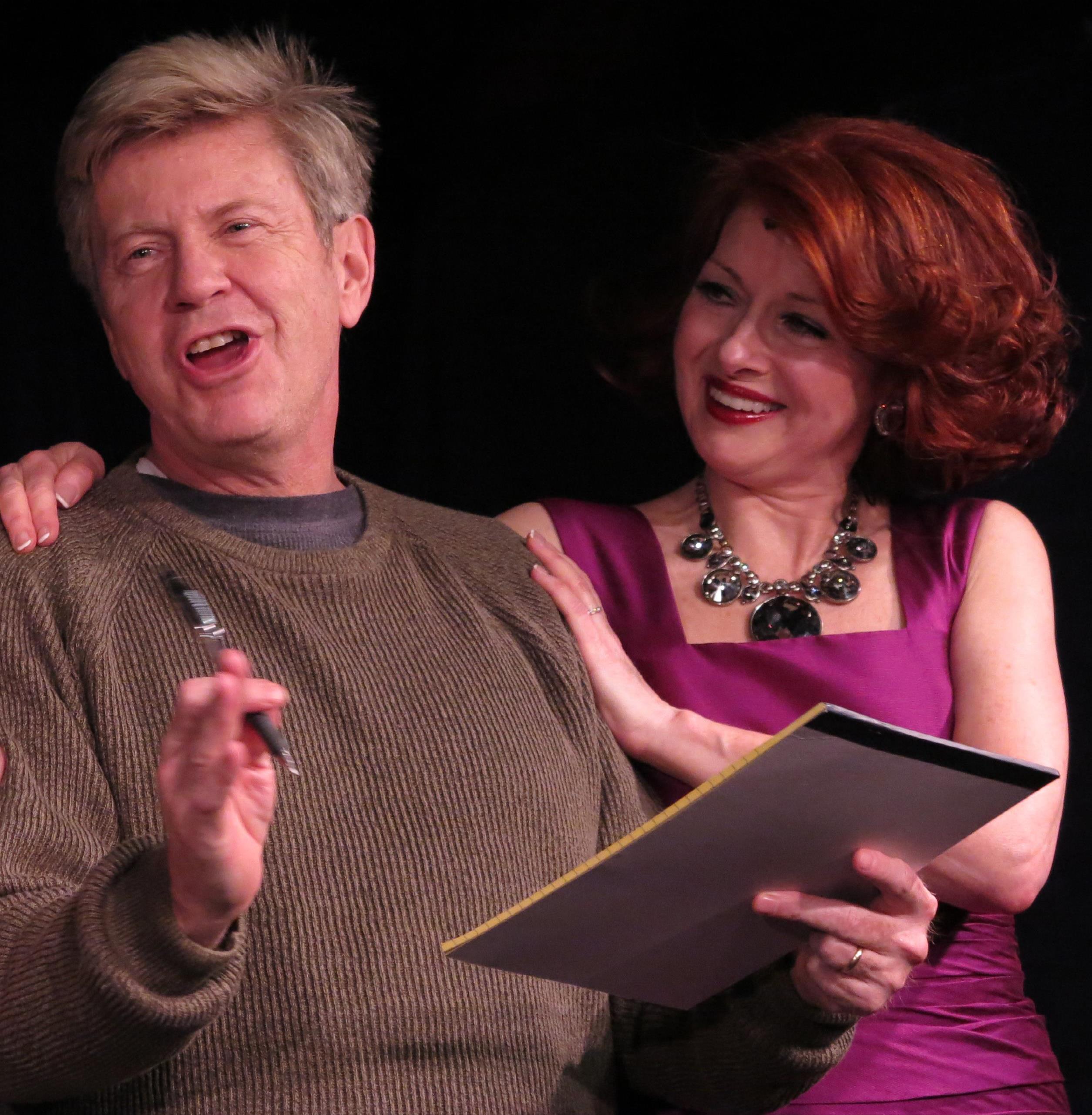 Copake Lake, NY – Local summer theater company Taconic Stage Co. (TSC) presents I Know I Came in Here for Something, a musical revue about middle-age with words by Carl Ritchie and music by Wayne Moore with Sariva Goetz as music director and pianist. The light-hearted medley of original songs stars Diedre Bollinger (who appeared in the original production in 2009), Meg Dooley, Brian Litscher (also appeared in the original production) and Carl Ritchie, who also produced and directed. Ritchie is TSC founder and Artistic Director. The show will be presented in an open air tent by the edge of the lake at Copake Lake Boat & Ski, the marina now under the management of co-owner, Alex Almond.

Although not technically presented as dinner theatre, the well-equipped snack bar can provide hot or cold meals if desired as well as cold drinks, including wine, beer and other alcoholic or non-alcoholic beverages. There will be a special theatre menu as well as their regular menu. Come early, have a bite and a drink and watch the sun set over beautiful Copake Lake.

Since its 2009 founding, TSC has delighted audiences each summer with shows such as the hilarious, original send-up of growing older Senior Moments and a spoof of the local vs. weekender mentality The Real (Desperate) Housewives of Columbia County, both written and directed by Ritchie. For several summers, reprises of his musical revues had them leaping to their feet at both Mac-Haydn Theatre and the Theater Barn (as well as theatres in NYC and Las Vegas). I Know I Came in Here for Something was their inaugural production and has been updated with some added songs for this production.
With witty, silly and downright hilarious ditties touching on everything from sore backs to failing eyesight to erectile dysfunction, the show is a funny celebration of middle age. Come early in the run as you might just want to bring friends and see it a second time!

Carl Ritchie (book & lyrics, director, actor) was born in New Brunswick, Canada and began his career as a child actor. After playing Oliver in a 1000 seat venue in his hometown, he insisted–at age 11–on moving 1000 miles away to Toronto to pursue an acting career. Subsequently, after living as a teen in Burma and graduating from high school in the Himalayas, he attended the London Academy of Music and Dramatic Art.? Ritchie has acted, written and directed for theaters worldwide, from Rangoon to Soho. He is author of over 20 plays, which have been performed in over 100 theatres in the US, Canada and as far away as New Zealand. He and his husband have had a home at Copake Lake since the mid 90’s and have been full-time residents for over twenty years.

Sariva Goetz (Music Director, Pianist) has been a professional music director, conductor, pianist, and educator since 1984. She has played keyboards for and/or conducted numerous Broadway shows including 10 years as the assistant conductor and first keyboard player for the original Broadway production of Les Miserables. Other Broadway credits include Aladdin, Sister Act, Mamma Mia, The Mystery of Edwin Drood, The Little Mermaid, Beauty and the Beast, Dirty Rotten Scoundrels, Miss Saigon, Guys & Dolls, City of Angels, The Secret Garden, Once on This Island, Starlight Express, Romance/Romance, and the first revival of Sweeney Todd. Sariva has conducted and/or orchestrated shows at Cincinnati Playhouse in the Park, Baltimore Center Stage, Williamstown Theatre Festival, Goodspeed Opera House, Bucks County Playhouse, and NewRepertory Theatre and served as pianist for many Broadway pops concerts. She is a member of the musical theatre faculty at Emerson College in Boston. SarivaGoetz.com

Calendar listing:
Copake Lake (Craryville), NY: Taconic Stage Company presents I Know I Came in Here for Something?, an original musical revue by Carl Ritchie and Wayne Moore with arrangements and accompaniment by Sariva Goetz. It stars Diedre Bollinger, Meg Dooley, Brian Litscher and Carl Ritchie and is directed by TSC founder and Artistic Director Carl Ritchie. Copake Lake Boat & Ski, 281 Lakeview, Craryville, NY, 12521: on Fridays and Saturdays, Aug. 5 & 6, 12 & 13 and 19 & 20 at 8 p.m., and Sundays, Aug. 7, 14 and 21 at 5 p.m. Tickets are $25, available at https://iknow.brownpapertickets.com or through a link on the TSC website: www.taconicstage.com.