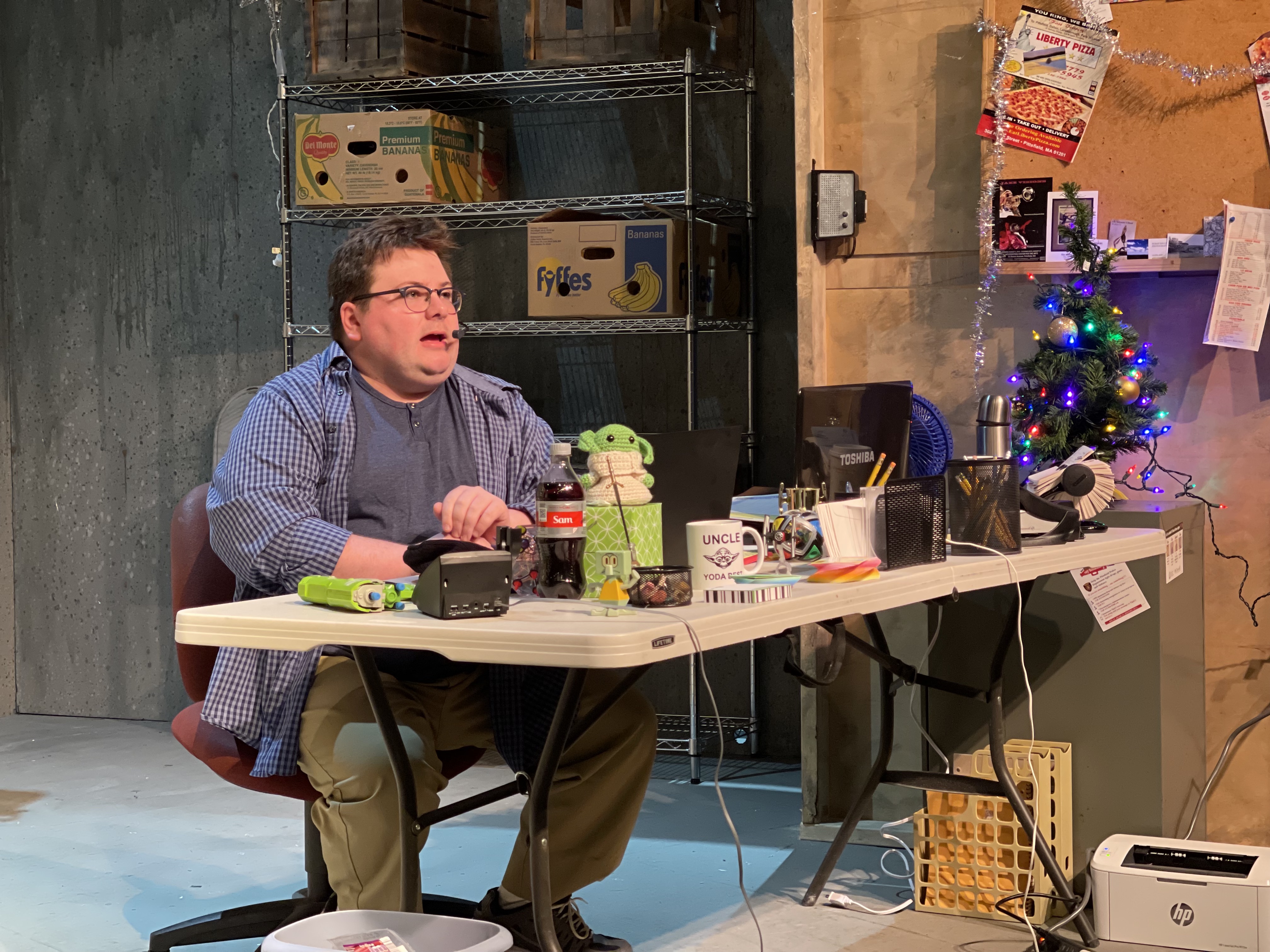 The Theater Barn in New Lebanon, New York, continues its 2021 season with the one-person play “Fully Committed” by Becky Mode. Over the course of 90 minutes, struggling actor Sam, played by Ryan Palmer, makes his way through his shift taking reservations for an upscale restaurant as he fields phone calls from aggravated customers, well-meaning family members and stressed fellow staff members.

It’s challenging enough to play one character, and Palmer’s tackling of 36 of them is no small feat. His voices and facial expressions made each character unique, though I would have preferred a bit more in the way of physical mannerisms to differentiate some of them, as I was slightly confused in the beginning until I got the voices down.

Director Sky Vogel made sure Palmer was in near-constant motion, adding to the audience’s appreciation of the hectic nature of Sam’s job. Joseph Sicotte’s lighting and sound had sporadic elements that added to the confusion. Set designer Sam Slack’s detailed portrayal of a busy restaurant’s basement — right down to the ‘90s band stickers, half-consumed bottles of soda and empty fast-food containers — added authenticity and a few laughs of its own to anyone who has spent time in food service.

The show is so funny and fast-paced that it’s almost exhausting to watch, and at no point was I even tempted to stop paying attention. I’m often wary of one-person plays, but was very pleased with the Theater Barn’s production.